Here’s a list of 4 pictionary apps for Android. Playing pictionary is a lot of fun. Not only do you get to have lots of laughs when the other people don’t know what you’re drawing to them, or when you can’t get it right when they’re doing their thing, but you can also learn a thing or two yourself as well. This game helps you develop image recognition, improve wordplay, vocabulary and drawing of course. Apps from the list down below can help you enjoy in pictionary on your Android devices. Let’s see how it works.

Draw Something Free allows you to play pictionary with your Facebook friends (by connecting your account with the app) or you can opt for playing with random people from around the world that the game sets you up with. 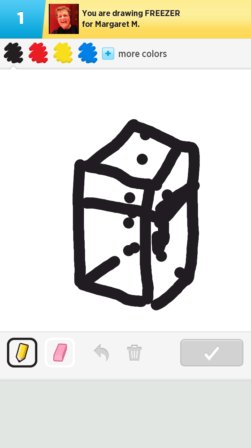 When a game starts you’re given 3 cards with object names. The harder they are to draw, the more gold coins you get. You first create the drawing and then send it to the other player. Your partner then has to guess what it is that you drew and reply back to you for the next round to start.

Get Draw Something Free.

Instead of focusing on online gameplay, Charades! lets you play against people in real time. This means that instead of being cooked up in front of the screen all the time, with Charades! you’ll actually have an excuse to get the gang together for some fun. 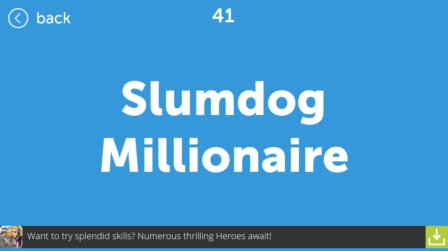 The game comes with over 400 cards with objects, people and other types of questions that have to be answered. It will ask you to either act out, dance, sing, draw out or guess the answers from the cards by asking the right questions.

Also have a look at 5 Tetris Like Games For Android. 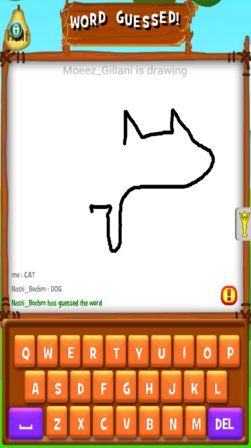 Everyone who’s connected to the same WiFi, and who has this pictionary app installed will be able to play a multiplayer game. If local WiFi Game play isn’t possible, then there’s always random people on the web that you can squash with your amazing pictionary skills.

SketchIt Online is another one of those online multiplayer pictionary apps for Android where you can play anonymously. 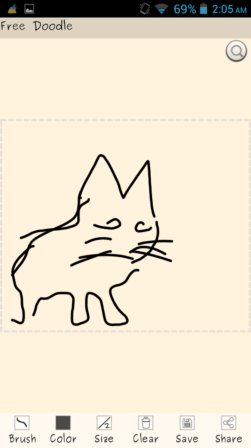 No registration is required, but it is possible to register an account. Up to 12 players can join in game chats and play pictionary. Game rules are the usual, draw something and other people have to guess what it is, or it’s you who needs to guess and someone else from the chat is doing the drawing thing.

Also have a look at Android Arcade Game to Fly Kite: Kite Racer.

All 4 pictionary apps mentioned above are great, and a lot of fun. It’s difficult for me to pick any one of them, but if I absolutely had to, it would be Draw N Guess Multiplayer, mainly because it offers both online and local multiplayer game modes. This gives you the ability to play either with people locally, or with strangers online.