Here’s a list of 5 tetris like games for Android which you can use to enjoy once more in that great feeling you had when playing tetris as a kid. If you’re younger, and you never played tetris, you can use these games to experience one of the oldest and most popular games in the world, you could say a predecessor of modern gaming. All these games can be downloaded for free on your Android devices.

Let’s see the Tetris apps we found in the Google Play Store. 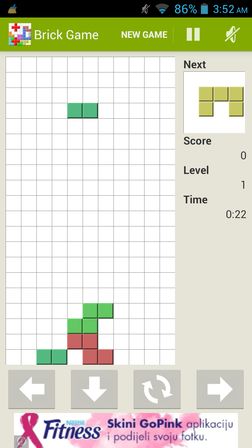 Brick Game might not be called tetris, but this is as tetris like game as they come. Game runs just fine, but the blocks start dropping, as soon as the game is accessed.

One difference that Brick Game has is increased number of shapes. A total of 11 shapes are gonna be falling down, which is quite a bit more shapes then what the original tetris had. Everything else is the same, create a line to remove blocks and stay alive as long as you can. 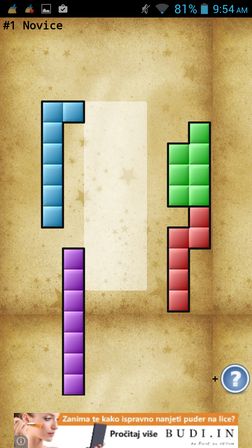 Block Puzzle is a complete redesign of tetris in a puzzle form, where instead of having to place falling blocks in stacks, they have to be arrange to fit a square box.

That square box can be seen in the center of the screen on the image above. Blocks cannot be rotated and you have to find a way how to arrange them so that they all fill in the box. This tetris like game has over 600 levels and it’s a bit more difficult to play, especially the more advanced levels. 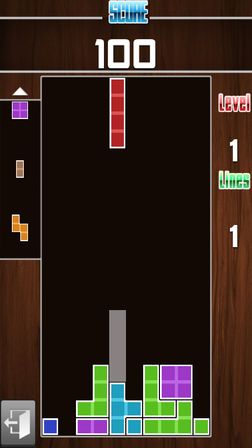 Brick Game Match is just like the classic game of tetris. Blocks are falling down and you need to arrange them to orderly fashion down below.

Tap on the screen to rotate a block and swipe down while holding down a tap to make a block fall down faster. Interface design is nice and you get to post scores online to see how you’ve done against other players worldwide. 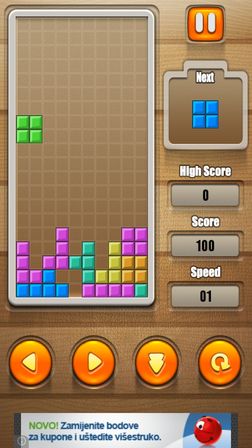 Block Game Ultimate is a great remake of tetris withvery attractive graphics, perhaps the best that I’ve seen while searching for tetris like games.

Controls for moving blocks left-right, rotating them, and pulling them down faster can be seen at the bottom of the screen. On the right you get the scoreboard, this is the usual tetris layout, but you can’t deny that execution is very good looking.

Also have a look at Tetris Android Game Official App for Free. 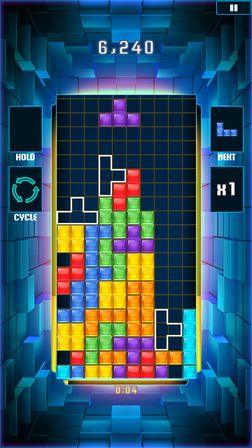 TETRIS® Blitz is a an actual tetris game published by Electronic Arts, but it’s a tetris game with a twist.

The twist is that you get a time limit of 2 minutes to knock out as much blocks as you can. The more blocks you take out, the higher the score, you’ll get more points, power-ups, etc.

I really enjoyed playing the Block Game Ultimate because it has nice graphics and is easy to play. Block Puzzle is difficult to play, and because of that is very addicting. Try them all and let me know which is your favorite in comments down below.