Refined Twitter is a free Chrome Extension to open mobile web version of Twitter on desktop. This Chrome extension always forces mobile version of Twitter to open whenever you open Twitter.com on your PC. Opening a mobile web version makes it faster to load than the typical web version for desktop. This being a lite version has a very simple layout, making it easier to use. Its just like using Twitter on Twitter app for smartphones. 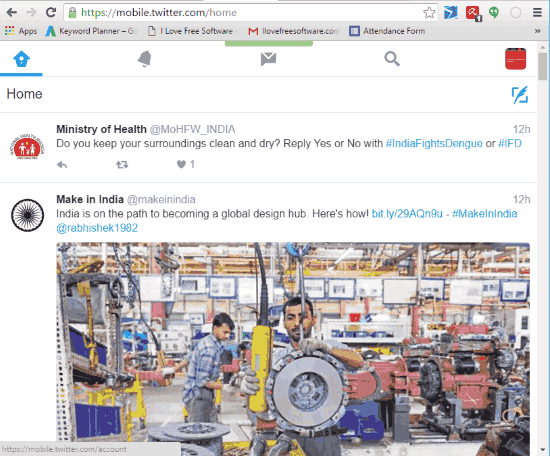 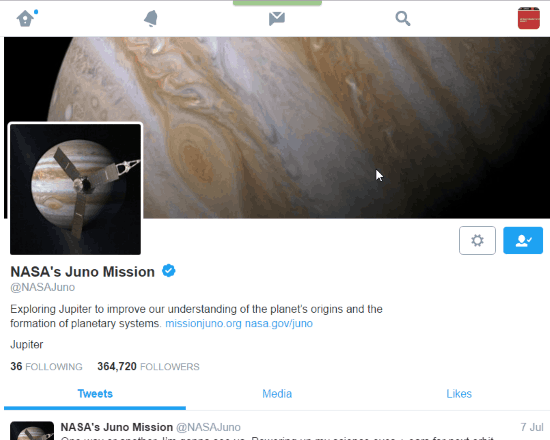 It has five tabs on its interface, named home/timeline, notifications, messages, search Twitter, and your profile. Like Anatine, it also has many keyboard shortcuts assigned to it, to make the use use of Twitter with this extension very easy.

Following is the list of keyboard shortcuts for this extension:

Note: Refined Twitter extension can also be installed on Mozilla Firefox with some manual steps.