Update: (October 30, 2013) N-Frequencies has an updated version (Release 6), which now supports recording streaming music. A Record button has been added that lets you record any song you are playing in this free internet radio app. The recordings would appear in .WAV format and you can them from your Music folder. 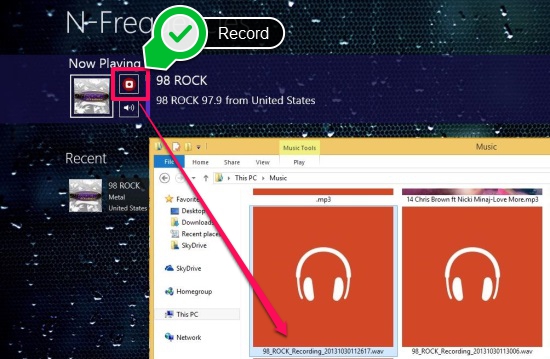 When you launch the N-Frequencies app on your Windows 8 device, you can click on a particular radio station and start the playback. The radio stations are sorted according to language which makes it easier to search for the content that you are actually interested in.

N-Frequencies is available as a free download from the Windows app store.

Using the app is as simple as anything can get. Once you launch the app, you will be presented with an interface which looks like the below screenshot. 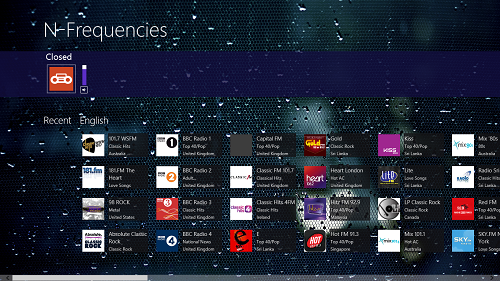 There is an interesting feature in this app that I would like to talk about here. When you install the app, there are only a handful of radio stations. This is done to keep the app size small. But as soon as you launch the app, you will be presented with an option to update the app with more radio stations. 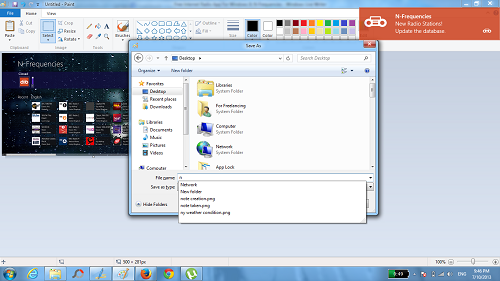 In the above screenshot, you can see a popup at the top-right corner. Let’s take a closer look at this.

Once you click on any of the radio stations in the app, playback will start. 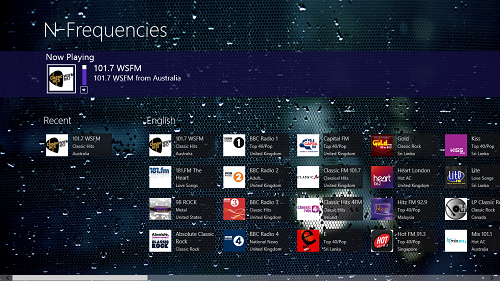 To stop playback, simply click on the icon of the radio station under the Now Playing tab. you can also adjust the volume through a volume slider right next to the radio station’s icon. The app also supports docked view for multitasking.

You can also check out the Radio Now internet radio app for Windows 8.

+ Easy to operate, optional additional radio stations can be downloaded via in-app updates.

N-Frequencies is a good app to have on your Windows 8 device if you are looking for a versatile internet radio app with a host of features. The app is absolutely free, has a great interface, and has internet radio stations sorted according to category. If you love music, you should definitely check out this app!