Radio Now! is a free internet Radio app for Windows 8 devices that allows you to listen to over 9000 radio stations. The app is beautifully designed, and what is absolutely striking about this app is its interface! Don’t believe me? Here’s a screenshot to prove it! 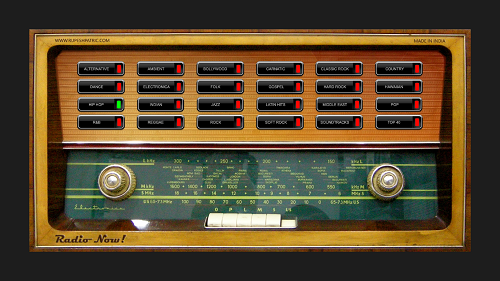 On my test machine, the app barely consumed any noticeable battery. The app performed beautifully, and supported docked view, which, in my opinion is a great addon if you guys want to multitask along with listening to some splendid music. The app even ran flawlessly in the background, when it was minimized.

Radio Now! is available for absolutely free from the Windows App Store.

How to use the Radio Now! app on your Windows 8 device…

Radio Now! is very easy to use. When downloaded on your Windows 8 machine, simply fire it up, and you should be good to go. Upon launching the app, you will be presented with an exceptionally beautiful interface, designed to look like a radio straight from the era of your grandmas! Perhaps that’s why it just looks so amazing, because you don’t get to see such things so often now. Anyways, back to the topic.

The above is the interface which presents itself on your screen on launching the app. To listen to music of a particular genre, simply click on the corresponding button at the top. Suppose you want to listen to Hawaiian music, simply click on the Hawaiian button from the control buttons at the top, and the music should automatically start playing on your Windows 8 device.

The genre of music that you select to be played will become green. For instance, I was listening to Hawaiian music stations in the below screenshot, and hence all other station buttons are red, while the Hawaiian button is lit up green.

Radio Now! is hands down the most beautifully designed internet radio app for Windows 8. Apart from its wonderful design, the app gives you access to a ton of radio stations, all sorted according to category. This is definitely a great app for all music addicts out there!

Get Radio Now! for your Windows 8 device.