Here’s a list of 5 Lego games for Android. With the Android Lego games mentioned below, you’ll be able to enjoy your favorite characters and game on a tablet or a smartphone powered with Android.

Legos are a very popular franchise that’s present in toys (obviously), movies, games, books. They snook up and are present everywhere basically. Google Play store is riddled with lego games. Here are 5 that I think are the most interesting.

Star Wars seems to be one of the more popular iterations of Legos. LEGO® Star Wars™ Yoda II is a Star Wars lego game where you can develop either as a character fighting for good (Jedis) or as an agent of the Dark Side (Sith Lord). 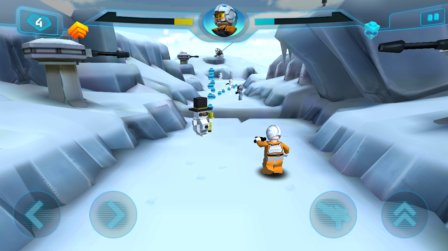 After picking a character you’ll have to go through missions that consist of running through levels filled with enemies who need to be shot with phasers, and obstacles that need to be avoided. As you progress through the game, you open new levels and features.

LEGO® Juniors Create & Cruise gets us a bit closer to the basic idea of legos, assembly of blocks into various shapes that you can then “cruise” in. 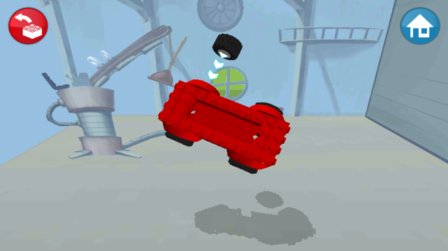 You must be wondering what I mean by “cruising”. Take for example the image above. I’m assembling a car and after the car is finished I’ll get to drive it, collect coins and unlock new types of blocks so that even more cooler cars and object can be built from legos. That’s what it’s meant with “cruising”.

Get this app here.

In LEGO® Juniors Quest, you play the role of a police officer who has a prisoner escape from prison. Your job is to catch it by first fixing the damaged prison cell and then catching up with the prisoner in a car, driving on the road. 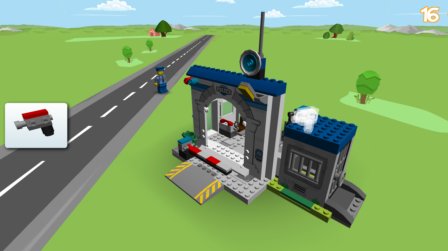 Here you also collect coins that can be exchanged for upgrades. Along the road, you’ll meet people who are gonna help out and whom you also have to help out.

LEGO® Speedorz™ is an entire lego game actually dedicated to racing. Previous apps had racing, but it was only a smaller part of the gameplay (next to building blocks). Here it’s all about racing. 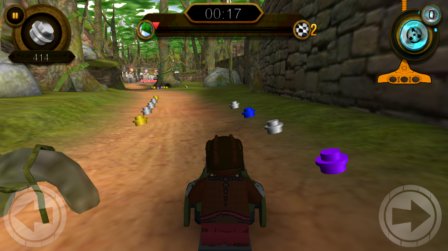 During races you’ll have to collect coins, blocks and perform various tasks like boulder bowling (where you have to knock over lego boulders). Game controls are a bit odd, but you’ll get used to it in no time.

The last lego game for Android we’re gonna cover here is LEGO® DUPLO® Train where you get to play with a train made out of legos. 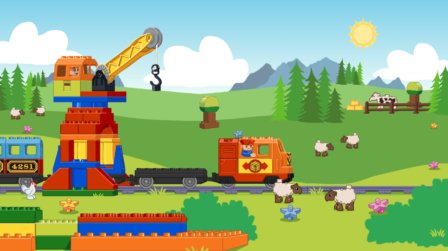 Here also the train composition is first setup using legos, and then you go on an adventure. You pick up cargo, passengers, everything that an actual train would be doing.

I’m not gonna pick a favorite out of the lego games mentioned above, because I can’t. They are all great. Lego Speedorz is where I spent most of my time, but that’s just because I like racing games. Let me know what you think is the best in comments down below.