Here is a list of 5 free Star Wars games for iPhone which you can play to enjoy and experience Star Wars battles at anytime and anywhere.

We all know that Star Wars is such a big franchise and we all love it for its awesome battles, heroes, power ups, galaxies etc. Have you ever thought how it would feel to be a part of Star Wars family and to take part in those fierce battles to defeat the enemies. If your answer is yes, then you can get the same feeling by playing these 5 free Star Wars games for iPhone and if your answer was no, then you should try these games to know why did I ask that question to you? 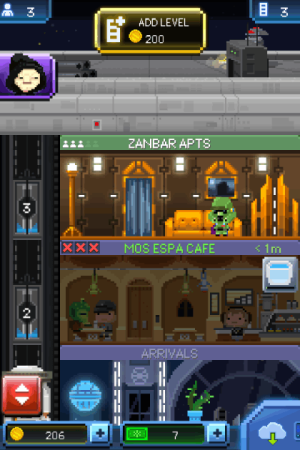 First Star Wars game for iPhone in the list is Star Wars: Tiny Death Star. The game has an old school interface just like the way we used to have in 90s. The gameplay of this game revolves around an Emperor who is building a Death Star level by level and you need to help him in achieving this. Since building a space station costs a lot of money so you need to attract Galatic bitizens. On attracting them, you need to give them some job in your station so that they can earn money for you. With the money earned by them, you need to fund the Emperor’s plan of building his space station. When you build the space station, you also need to help him in the wars so that he defeats all the enemies and becomes the only king of the whole galaxy. 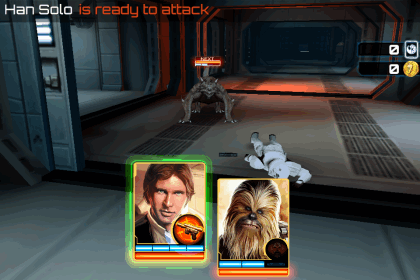 The second game in the list is Star Wars: Assault Team. It is the game which impressed me the most out of all the 5 games. In this game, you need to build up the best Assault Team by assembling the best Star Wars heroes. The game features various Star Wars heroes like Han Solo, Boba Fett, Luke Skywalker and many more. You need to plan your strategies in such a way that you assemble only those Star Wars heroes which can increase your team’s strength and help you in defeating the enemies.

You also need to choose your heroes carefully because in this game, you have to battle face-to-face with enemies. All the battles are turn-by-turn which means both you and your enemy will get one chance at a time to attack. You can either hit or miss the enemy. So here also you need to attack carefully so that you can kill him as soon as possible. 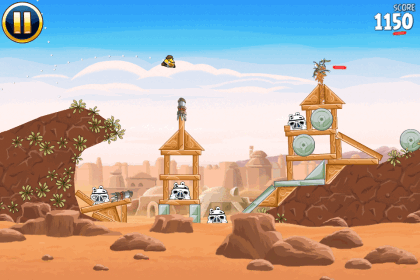 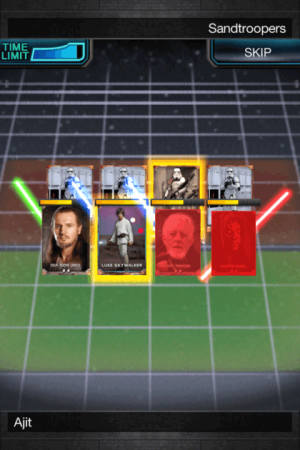 The second last game in the list is STAR WARS FORCE COLLECTION. This game is a mixture of video game, card game, and obviously the Star Wars. In this game, you need to build up your card deck by collecting cards of different Star Wars heroes. You have to get over 300 cards to collect with each of the card mentioning the special powers of each of the heroes. When you have collected the cards, you can participate in card battles to defeat the enemies. To defeat enemies, you need to use card powers as well as use your strategy so that correct card is used at correct place.

Besides this, you can travel across different planets in the galaxy, loot the blueprints of your enemies, exchange messages to improve ally bonds, and trade gift cards between allies. 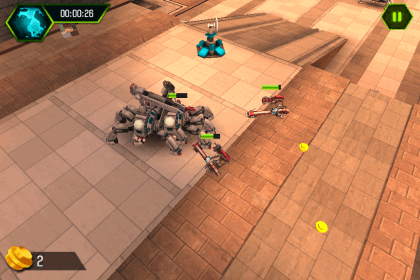 LEGO® STAR WARS™ THE YODA CHRONICLES is the final Star Wars game for iPhone in the list. In this game, you have to take control of the Jedi to fight against The Dark Side. You have to stop The Dark Side from preparing the most destructible weapon ever faced by Jedi. To stop The Dark Side in its plans, you need to solve puzzles, compete challenges, and defeating enemies. The game has 15 interesting levels along with special bonus levels to upgrade your units. You can use your existing LEGO account to save the game proceedings.

Here I complete my list of 5 free Star Wars games for iPhone which will take you to a new and adventurous ride of battle with enemies and super power ups. Play these games to experience the feel of Star Wars and do mention the name of the game which you liked the most.