Here’s a list of 5 animal name learning apps for Android which can be used by kids to learn about the animal kingdom. It’s never too early to start teaching your children about the world around us, around them. Knowing about animals can be important, especially if you live in a dangerous area where there are poisonous snakes, spiders and other similarly life threatening animals that can be harmful for the well being of your family.

Let’s look at the apps we found in the Google Play store. 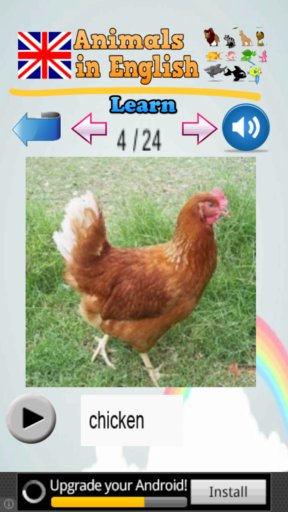 Learn Animal Names in English offers three levels of difficulty in the learning mode. Each level contains a different set of animals. The greater the difficulty, the more obscure the animals become (farm, woodland, prairie, jungle). Close to 100 animals, and their names of course, are available.

Image above shows the Learn Mode of Learn Animal Names, where image of the animal is showed and its name read out. Test Mode is also available where the player needs to guess what the animal name is in a multiple choice type of setting.

Get Learn Animal Names in English. 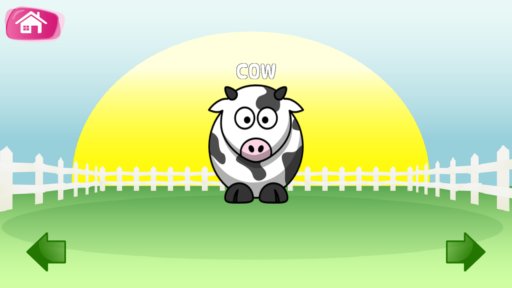 Three work modes are available learning mode, quiz and a classic memory game where matching animal tiles have to be found. This animal name learning app is aimed at younger kids, which can be seen from its interface design on the image above.

Make sure to also checkout 5 Free Websites To Learn Names Of Animals And Birds Online. 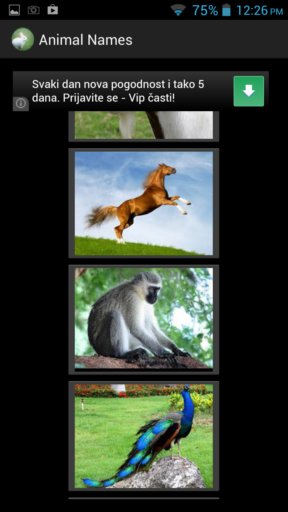 Animal Names spoken for kids is a very simplistic application that only has a list of a couple of dozen animals through which you can scroll through.

Tap on an animal image and you’ll hear the name of that animal spoken to you. Kids will associate animals images with what they hear and that way learn animal names.

Get Animal Names spoken for kids. 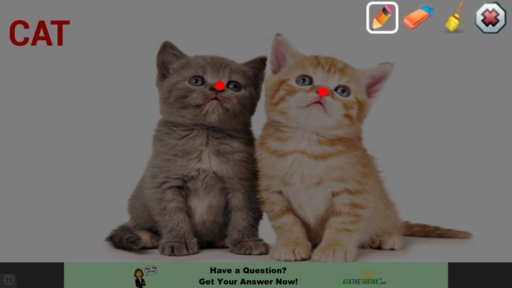 Animal Zone: Kids Learn Animal is simplistically looking, just like Animal Names spoken for kids, but it has lots of interesting features under the hood.

Available animal are first showed in a gallery and after you tap on an animal it opens up fullscreen. It’s name will be read out, and there are also drawing tools that you can open up for extra fun. Several dozens of animals are available.

Make sure to also checkout 5 Animal Sound Apps For Android. 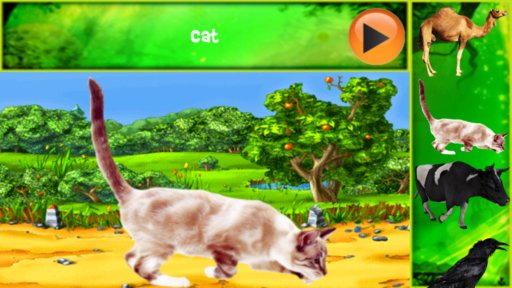 Kids will love Learn Animals Name because it has a very kid friendly interface, as it can be seen on the image above.

Both quiz mode and learn modes are available. Kids can first go through the learn mode to get familiar with the animals after which they can be switched to quiz mode so that their newly acquired skills are put to the test.

All the apps from the list above are great, and you can’t go wrong regardless which one you choose. Give them all a try and let me know what you think about them in comments down below.