Here’s a list of 5 3D live wallpaper apps for Android which you can use to setup as much realistically looking 3D wallpapers on your devices as you can. Wallpapers mentioned down below range from space wallpapers, showing you beautiful scenes from galaxies far away, to wallpapers based on scenes from nature or the complete opposite, city lights.

Let’s see what exactly caught my eye the most in the Play Store. 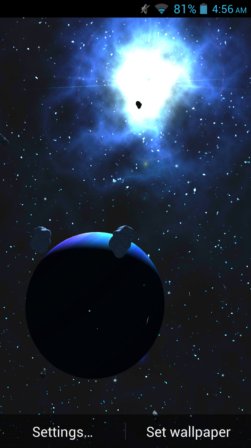 Asteroids 3D live wallpaper is a great 3D wallpaper app which shows you scenes from space, asteroids flying near planets to be more precise.

In the distance there are lights from a distant galaxy, the wallpaper is dark mostly though. It has lots of settings where you can tweak what exactly is going to be showed, which objects, the speed that they are moving, should the wallpaper use gyroscopes to tilt the camera (gyroscope scene tilting is also available) and more. 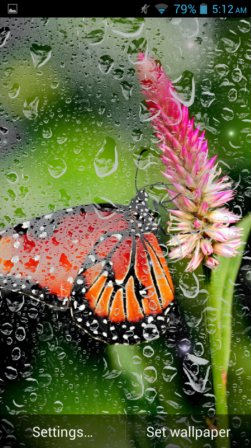 Rain Live Wallpaper focuses on a realistic looking rain, 3D rain. Dozens of images can be showed in the background, what’s interesting are the drops of water which are falling from above.

Settings allow you to turn on fog on the glass, change the effect speed, intensity, type of rain, change backgrounds (like I already mentioned) and more.

Also have a look at 10 Free Halloween Live Wallpaper Apps For Android. 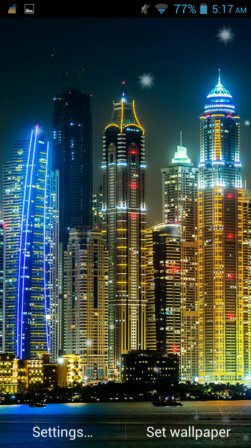 Here’s a wallpaper for all those who are interested in urban lifestyle more, not space and definitely not nature.

This is an image of Dubai skyline and it’s live 3D because there are lights which are flickering around the city. You can select between 5 background and 3 speed settings for the lights effect. 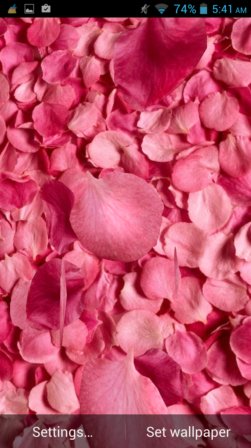 Petals 3D live wallpaper shows falling flower petals on the screen of your phone. It’s something that girls might enjoy more- I decided to include it so that they don’t feel left out.

Number of petals, color of the light, their drop speed can all be tweaked in the settings. Gyroscope can also be used here to shake things up on the screen.

Also have a look at Android Launcher With 3D Live Wallpapers. 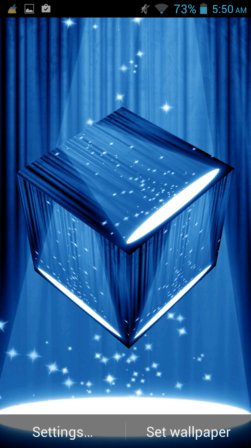 You could say that I saved the best for last. 3D Gallery Live Wallpaper is one of those 3D live wallpaper apps where you can include a little bit of something of yours into the live wallpaper.

What I mean is that by opening up the wallpaper settings the app lets you set the images that are gonna be shown on the rotating cube. Up to 6 images can rotate on your screen using 3D Gallery Live Wallpaper.

All the 3D live wallpaper apps from the list above are great, each in its own way. Since I like rain, I would go with the Rain Live Wallpaper as my favorite, but others are also very interesting. Pick a one based on what you like and let me know your impressions in the comments down below.