The sidebar not only gives you access to various shortcuts, but you also see recent apps and you can switch between them. You can easily customize UR Launcher to reflect your style as it provides you lot of interactive themes. 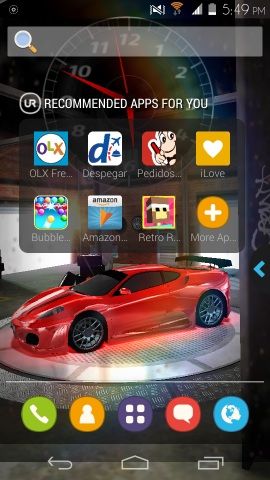 Using UR Launcher for Android:

You can get UR Launcher from the link or QR code at the end of this review. Once installed, simply launch the app. When the installation is completed, press the home screen button. This will bring up all the launcher installed on your device. Now select UR Launcher and press on the ‘always’ button. The first thing the UR Launcher for Android will ask you to do is to download and install a 3D wallpaper from a selection, as seen below. 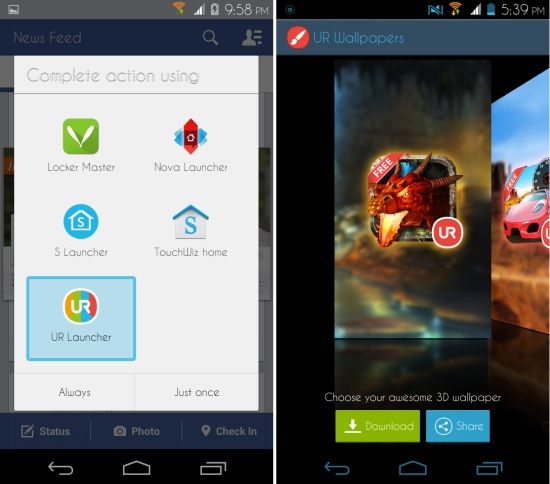 While the installation is taking place, press on the home button and you will have the launchers main interface in front of you as seen below. Here you have five home screens and also a sidebar which allows you to access commonly used settings and recent apps. 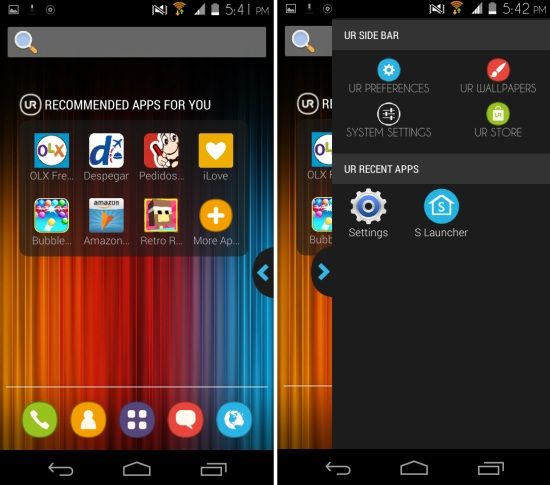 UR Launcher for Android shows some recommended apps on the main home screen and on others you get some of your app shortcuts which are organized according to usage. Once the wallpaper is installed you will get the option to set it, as seen below. Tap on the ‘set wallpaper’ option and you will have a 3D wallpaper as your background. If you want, you can always visit the UR Wallpaper store from the side bar and download more 3D wallpapers. 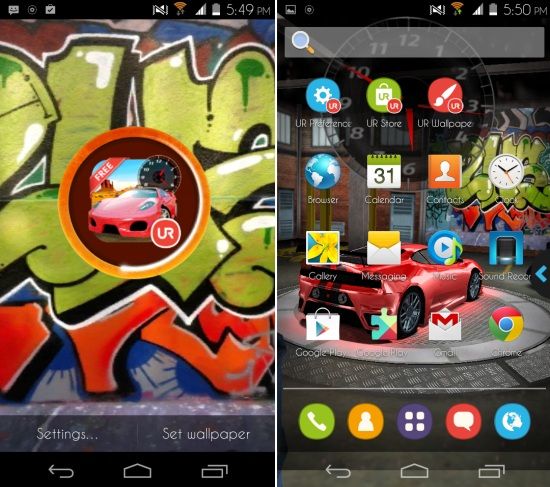 In the preferences of UR Launcher, you get the ability to add or remove the sidebar and sidebar sound. Also, you can enable or disable the search bar. The app drawer in UR Launcher for Android is pretty standard and looks and functions just like the stock Jellybean launcher’s app drawer. 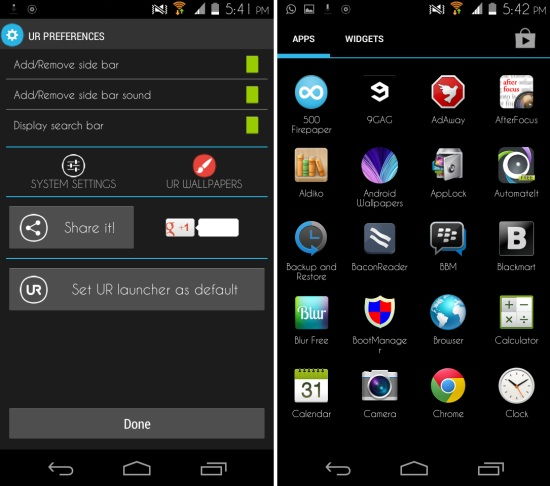 From the UR Store you can download themes for the launcher and apps. The themes are pretty detailed and they provide you with 3D wallpapers, the dock icons, and you also get themed widgets. 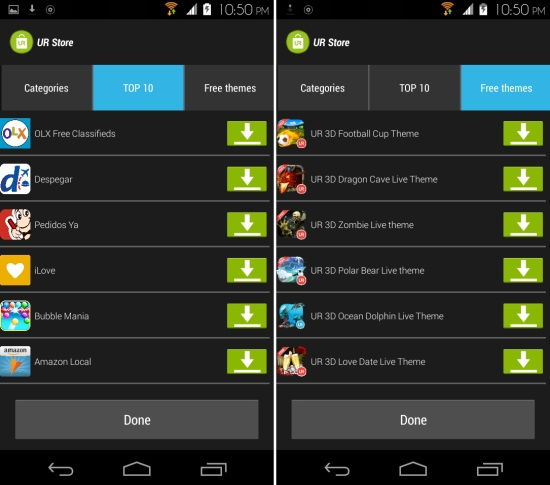 Below you can see that the whole look of the home screen changed when I applied a theme. You can remove the Recommended apps section by just removing it like you would remove any other widget. 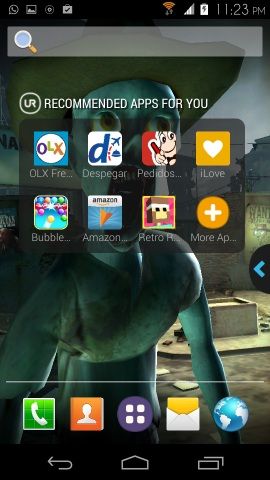 Get UR Launcher for Android from here or scan the QR code below. 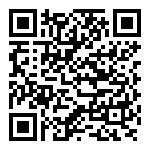