Here, are 2 free Android wrestling games. Wrestling game is one of the most popular games played across the world. You can play video games on your PC, play station, and on your mobile too. Android has come up with multiple wrestling games to play.

We will discuss about Android wrestling games which include Wrestling Revolution (Free); game from Google Play Store and TNA Wrestling Impact; Non-market game in apk file format. Install any one of them and enjoy playing wrestling game to beat your enemies. 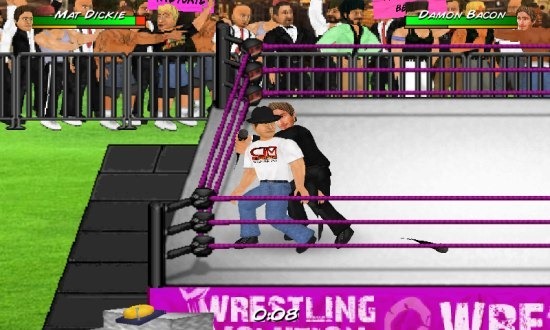 Wrestling Revolution is a free Android wrestling game. This Android wrestling game app is one of the popular game apps in Google Play Store. The game is simple to play. Before getting started with the game, you need to keep some basic game controls in mind. Just touch anywhere in the ring to walk towards it, swipe on the screen to let your player run or move in the ring, tap on your enemy player on the body where you want to hit, pinch on the screen to pick up, and part your fingers to cancel an action.

Moreover, the game provides you the option to take basic training before playing the wrestling match. Play multiple matches which include wrestlympics 2012, federation online, and commercial breakdown. The game even allows you to change the display settings which makes the game play look more customized. Option menu of the game allows you to adjust the CPU level, match length, game speed, referees, and more. 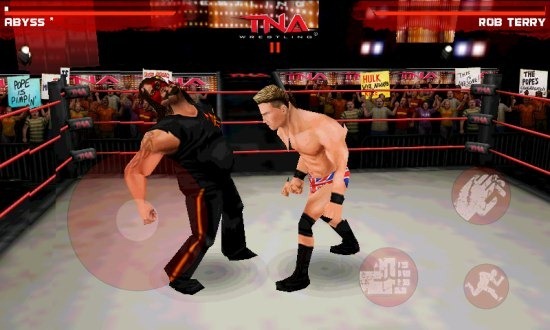 TNA Wrestling Impact is a free Android wrestling game. The game is not available in Google Play Store. You can download the game in apk file format on your Android phone. Install the apk file of the game and start playing it on your Android phone. The game provides a real interface of the popular WWE game on Android. Before getting started with the game, you need to select the player and then start playing the game. The main goal of the game is to beat the enemy player. On starting the game, select the game career which includes heavyweight, x-division, and tag team. Exhibition option of the match setup which you can easily customize. You can watch TNA game video in support to play the game well on your Android phone.

If you find any other good Wrestling game for Android, then do let us know in comments below.