Here’s a list of 5 iOS 8 launcher apps for Android which you can use to have the same kind of launcher that the very popular iPhone and its iOS operating system have. Launchers that I mentioned in the list down below can help fans of the iPhone enjoy its UI design, if they can’t enjoy the actual thing due to the price point. People have made quite an effort and create some nice looking iOS 8 launchers for Android. Here’s what I found.

Launcher 8 HD will do a complete overhaul of the Android UI to make it look like iOS 8. Even the status bar at the top is changed, see image down below. 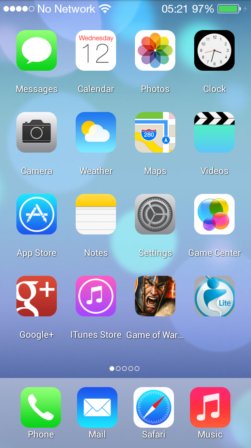 This iOS 8 launcher app also comes with a iOS like screen locker with PIN security support. Icons are rounded rectangular and even the ones that aren’t included with the launcher are converted into the icons of Launcher 8 HD. Launcher adds ad icons, icons to apps that you don’t have installed, and it has the occasional pop-up which can be a bit of a nuisance but the ads aren’t too annoying.

8 Launcher doesn’t have a lock screen, and it doesn’t change the status bar at the top. It’s a more simplistic iOS 8 launcher app, but it still looks great, as you can see from the image down below. 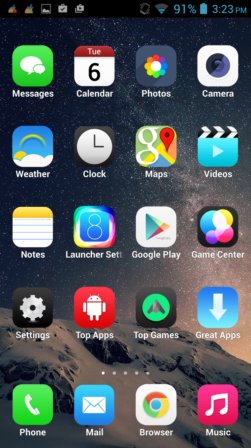 The same ad icons that I mentioned in Launcher 8 HD can also be seen here. They cannot be removed, at least I couldn’t find a way how. To browse all the apps you have installed swipe left/right. Long tap lets you rearrange them and also uninstall apps, at least the ones you can remove.

Also have a look at 5 Free Themes For Holo Launcher Android.

IO Launcher is a very impressive mix between iOS launcher and the launcher found in Android Lollipop. It comes off as a great mix of the two, see image down below. 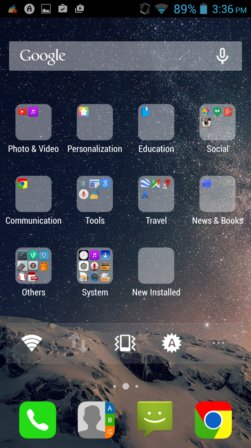 Launcher has icon folders, widgets for Google search and WiFi, data, GPS controls out of the box, clock, with lots of other widgets that you can add. Swipe left/right to browse through icons of installed apps.

Plus 8 Launcher is an iOS 8 launcher app for Android that’s very similar to Launcher 8 HD. 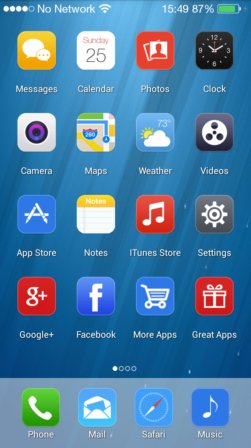 It has the same kind of features, status bar is changed, the icons have rounded rectangular design and sadly there are ad icons embedded that you cannot remove. Lock screen with PIN protection is also available.

Also have a look at iOS Lock Screen App for Android: iLockscreen 8.1.

Circle 8 Launcher is again the same kind of launcher like Plus 8 and Launcher 8 HD, as you can see from the image down below. 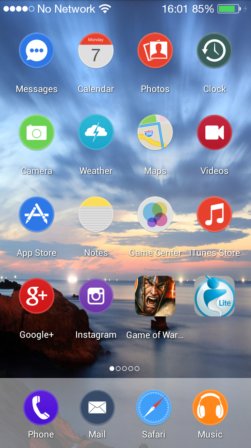 What’s different are the icons and the wallpaper pack that you get. All the other functionalities are still there, including the lock screen and the status bar change.

IO Launcher caught my eye the most due to its amazing look and a great combination of iOS 8 and Lollipop design. I suggest that you install it first and then move onto other launchers like 8 Launcher for example. Also, let me know what you think in comments down below.