Here’s a list of 5 best free themes for the Holo Launcher for Android. Most people end up disliking the stock launchers that come with their Android tablets and smartphones. Good thing is that you can change launchers, and not just change launchers, but also change the themes and icons that launchers have and use. Today we’re gonna have a look at some great themes for the Holo Launcher, a very popular launcher that a lot of people uses.

The first theme that we’re gonna cover is the MIUI 5 Launcher Theme. You might not have heard about it, but MIUI is a very popular derivative of Android and is considered to be a very convincing iOS clone. 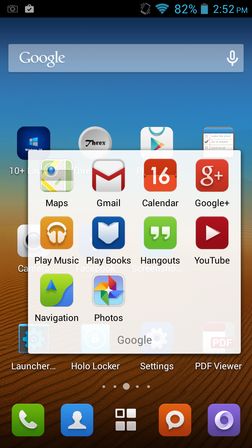 This theme tries to bring MIUI to the Holo Launcher and it manages to do that just fine. It’s a bit larger in size, close to 50MB, but you do get a lot. Icons of pretty much all the apps get changed, and the overall launcher layout is changed so that it looks more like that of MIUI’s default launcher.

Next up is another MIUI theme, MIUI v5 GO/Nova/Holo/ADW Theme. I included it because it’s much smaller in size, just 10MB. This makes it great if you would like to have a MIUI Holo Launcher theme, but you don’t have a lot of storage space to install the previously mentioned MIUI 5 – Launcher Theme. 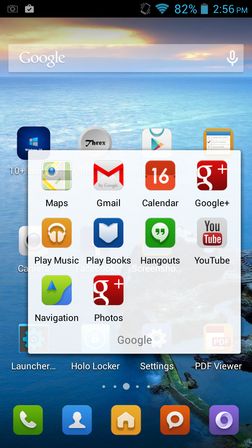 Theme might not have icons of as many apps, but it does have pretty much the same overall launcher design. Missing icon apps, the ones that aren’t available in the theme icon pack, are gonna be replaced with customized icon, theme customizes app’s own icons, so they won’t stand out too much from the rest.

If you are one of those who likes Windows 8 and the upcoming Windows 10, but you’re using Android with Holo Launcher, don’t despair. 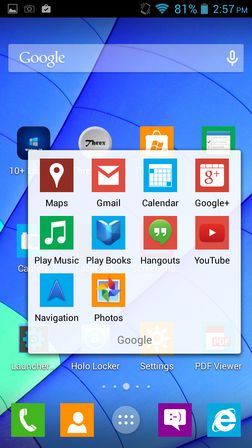 10+ Launcher Theme is a very good Windows 10 (and hence Windows 8) theme, that will bring at least some of the Windows experience to your phone or tablet. Theme changes icons, launcher design and brings you Windows 8 wallpapers. You can see it in action on the image above.

Threx Launcher Theme Lite offers a grayish theme design and rounded corner icons, as you can see from the image down below. 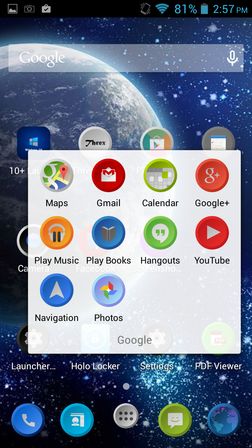 Theme is small, it looks nice and comes with its own set of wallpapers that you can use, just like the 10+ Launcher Theme does.

Z3 Theme is for all those fans of Sony Xperia Z3, and Sony phones in general. With this theme you’ll get the same kind of icons, launcher design and wallpapers. 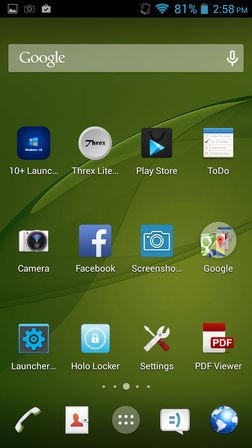 Theme is small, compact, has nice looking icons and the launcher works super snappy when using it.

It’s hard picking a single theme out of the ones mentioned above. They are all great, and which one you’re gonna use really depends on your taste. If I absolutely had to pick one, it would be Threx, as I really like the wallpaper selection in Threx.