Dooors-Room Escape game involves 60 stages of puzzles and each stage has one door to open. To open the door you have to solve a puzzle in which no hint will be given. Once you start playing, I’m sure you will get addicted to it. Dooors game is 18MB download size and works on Android 2.2 & up. 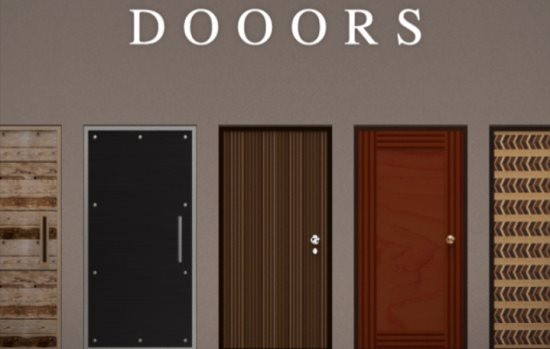 As the name suggests, there are lots of doors in this game. Every door has a puzzle behind it and if you want to get out of it, then solve it with your lateral thinking. Sometimes the clues are hidden right there in front of you. Some clues works for the present stage door or you have to carry it for later stages in your item box (as shown in below screenshot). Sounds interesting isn’t it? Or afraid of doors then don’t try this game at home.

When you open the game, then you have options for load game and new game. In load game, you can directly enter the door which you have completed last. In new game you have to start the whole game from the beginning. Then you will enter the game in which you will be standing in front of a door. And you have to use your own brain to open the door. Initially the puzzles are very easy to solve and later on you will see the true colors of the game. First twelve to fifteen stages have moderate puzzles to solve and imagine how the later higher stages will be.

Don’t look out for clues on the internet; as there are so many of those sites which reveals the solutions to those puzzles. Try to solve them on your own and you will get the real thrill. For example in one stage you have to search for key lying on the floor and use it. In the below puzzle, one of the wheel rotates itself and you have to rotate other wheel such that both of them meet and a green light appears instead of red. then you have to tap on the door or else you have to wait for next roll. And as you can see in the item box, the item which you have is of no use in this stage. 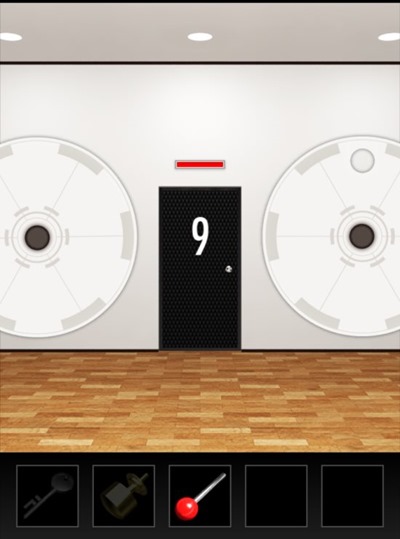 The controls of the game are pretty simple. When you think you have solved the puzzle, then you have to tap on the door. Sometimes, you have to use the tilt action to open doors, and it all depends on how you think. To use the items click on the item in your items box and tap on the screen where you want to use it.

To download and install Dooors-Room Escape on your Android scan the below QR code. 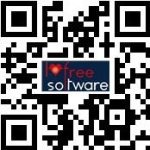