If you like the new, refreshed, and clean looking iOS 7 and would like to make Android look like iOS 7 then this article is just for you. This is not a complex tutorial where you will be theming a launcher or side load apps on the phone; here we are going to transform your Android phone by using few apps from the Google Play Store. After you have installed apps by Espier Studio, you will be able to feel the core features of iOS 7, like iOS 7 type lock screen, new home screen, notification center, control center, dialer, and more. 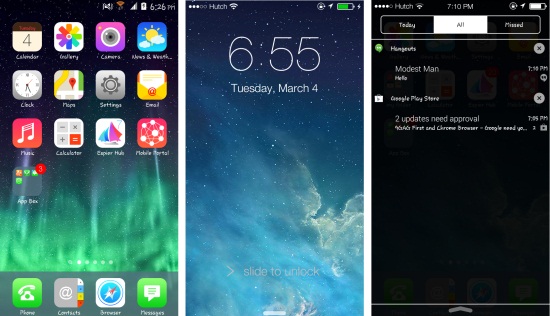 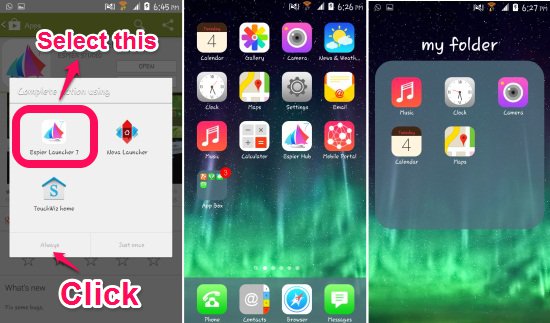 Well the results are impressive; you get the looks and animations of iOS 7 on your Android device. It also adds core iOS 7 functionality, like, making folders and much more. I changed the default wallpaper as it was seriously ugly. 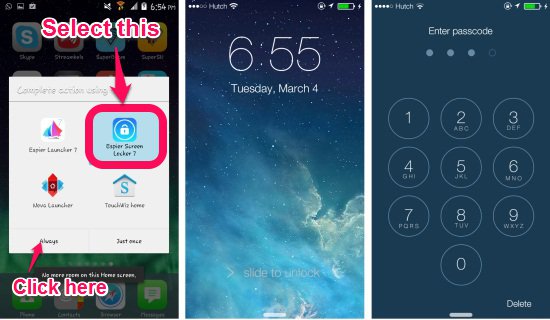 Now that we have modified Home Screen of our Android to look like iOS 7, let’s move on to change our lock screen as well. Espier Screen Locker 7 is a free app which follows Apple’s flat style. This app gives your Android device the iOS’s lockscreen making your Android look like iOS 7. You can install this app from this link. Now that you have installed it simply press the home screen button on your Android device you will be presented with the dialog as seen in the first picture above. Select Espier Screen Locker 7 and click on the ‘Always’ option. Now when you will lock and unlock the screen, you will be presented with the beautiful lock screen as seen above. By diving into the settings you can also set up a pass code for protection of your device. Also, you can customize the device name, operator name, unlock text and more in this app. 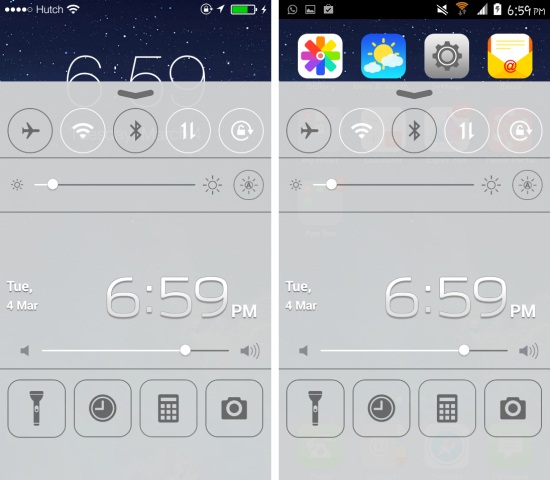 One of the new and innovative features of iOS 7 is the Control Center, it offers rapid control over system functions, media controls, brightness etc. Also your apps and tools like flashlight, camera, calculator, and clock are just a swipe away. If you want to get iOS like control center in Android, go with Espier Control Center app. Further, this control center app allows you to add a widget, I opted for a digital clock. Swipe up from the center-bottom of the screen and the control center will be revealed and it also works on the lock screen as well, as seen in the screen capture above. To get Espier Control Center 7 app and make Android look like iOS 7 click here. 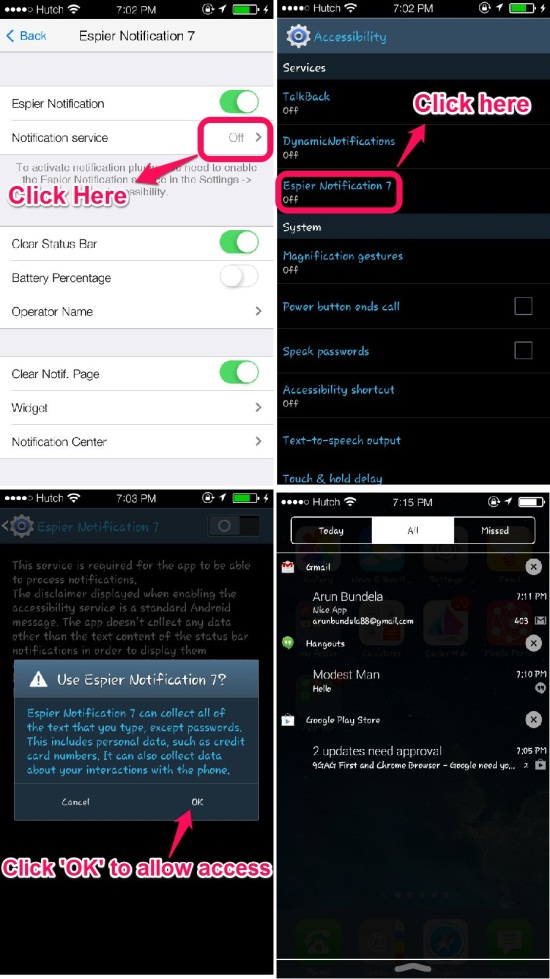 To give complete iOS7 look to your Android, use Espier Notifications 7, which again is a free app on the Google Play Store. The app replaces the default Android notification drop down and status bar with one which looks like iOS7. Here the notifications are provided in a visually pleasing style and the status bar becomes uniform and clean. To install this app, click here. After installation, open the app and click on the notifications service, as shown in the screenshot abve. This will take you to the Accessibility section where you need to turn on accessibility for Espier Notification 7. After this, the app will be able to display notifications.

Bear in mind that these apps are the free version and if you would like to access more features or remove ads, you will need to shell out some bucks. Anyway the set of features which are locked are not essential for getting the iOS 7 feel on an Android device. I believe that these four apps are enough for the core experience. However, if you would like, you can customize more and more of Android to make it look like iOS 7 with a host of other apps from Espier. Whenever you launch an Espier app, you will be greeted with an interface as shown below which will tell you what more you can download to make your Android device look like iPhone. 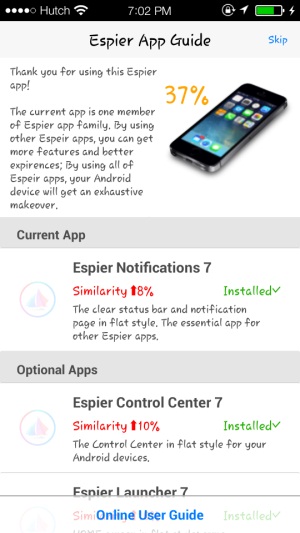 This is great for the hardcore themers. If you like to customize your device in this manner then you can also check out Espier’s original iPhone theme and MiHome Launcher For Android. Also check top 7 free launchers for Android.