Here’s a list of 3 soccer shootout games for Chrome which you can use to play soccer shootouts from within your Chrome web browser. Some of you, most of you, know soccer as football. Whatever name you know it by, it’s a very fun game, and the shootout games that I covered down below will certainly not do it justice (they are very simple), but they can still be used to kill time when boredom sets in, and you don’t have anything else to do.

Penalty Shootout by fupa will let you play the always nerve wrecking penalty shootouts against an AI. Game is played with the mouse only, and nothing else. To shoot a ball in a certain direction you just need to click in that direction. 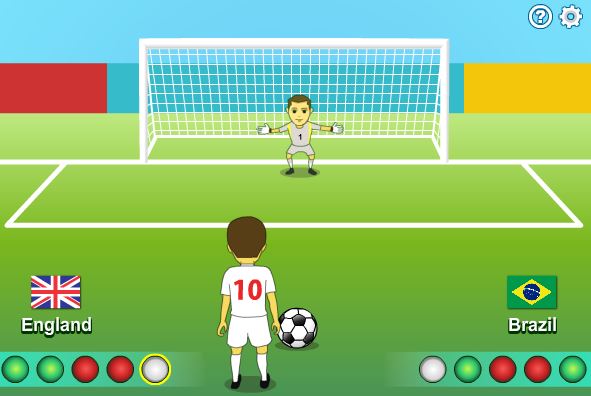 Same thing goes when you play as the goalkeeper (when the AI shoots). Even though the game is pretty simple, you will still have a hard time scoring goals at times, so it isn’t just clicking. You can select and play as all the more popular national teams, Brazil, England, Germany, France, etc.

Get Penalty Shootout by fupa.

Also have a look at Free Shooter Game For PC: Alien Shooter.

Penalty Shootout by Webgameu is a soccer shootout game, only it doesn’t try at all to be serious, like you could say that Penalty Shootout by fupa tries to be. This can be seen by the fact that the two main characters are a monkey and a hippopotamus. 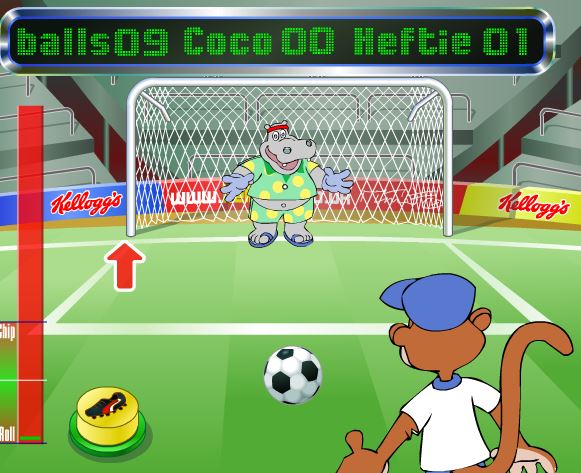 Despite not looking very serious, this game is very fun. To shoot you first need to select the direction in which the ball is going to be sent (by clicking on the left-right moving arrow at the right time) and also the power with which you want to hit the ball (again by clicking on the left side strength-o-meter). Goal of the game is of course to score more goals than what the hippo that’s at the goal will defend.

Get Penalty Shootout by Webgameu.

Soccer Games Collections is, like the name of the extension suggests it, a collection of soccer games, among which there are several shootouts that you can play. 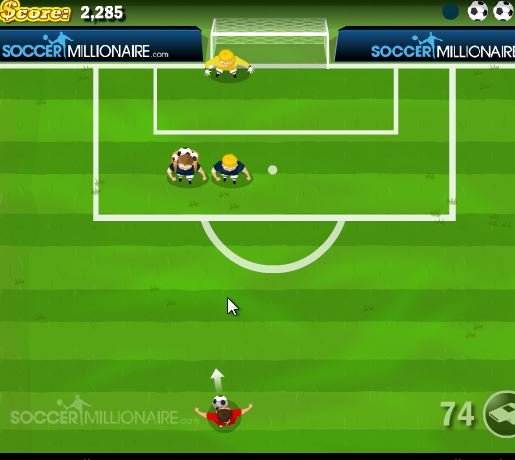 The one that’s pictured down below is a free kick shootout. Several more similar shootout games are available, next to dozens of other soccer games that you can play that aren’t shootouts. When you run the app, you’re going to be offered with a selection of games in a new tab, from where you can select the one that you like the most.

Also have a look at Warframe: Free To Play Shooter Game.

Penalty Shoutout by fupa is the most realistic soccer shootout game for Chrome, as much as browser games of this type can be realistic. Version offered by Webgameu is also interesting, especially the different controls that the game has. When you need a bit more variety, there the collection of soccer games that the last soccer shootout app from the list above has to offer. Remember, these are meant to be very casual fun games, so don’t expect much from them. Let me know which game you liked the most in the comments down below.