Alien Shooter is a free  shooter game for PC. Sprint through the offices that have been compromised by Aliens, you have to shoot them and clear the base at any cost. There are two modes of the game: Survival and Campaign. You can role-play as a man or a woman. With 10 gigantic levels and 9 different types of guns, being the last hope of humanity, the game could not have been more exciting.

The download size of the game is about 20 MB. Though it’s a 2D game, but the visuals are quite nice even for a  20MB game. The game has an isometric view of action, you run around in the warehouses and other facilities while controlling your virtual avatar with the task of killing Alien creatures. 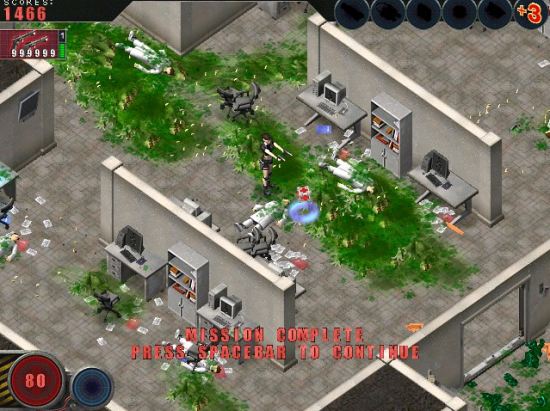 The navigation of the shooter is controlled by the keyboard, while mouse is used to aim and shoot. It’s a classic shooting game that works pretty well in the end. But somehow, the old isometric view and the power ups and enemies hiding behind the wall seem a bit off.

The place has been compromised and everyone working there has been killed by aliens. The place (would) smell like rotten tomatoes.

The interface along with the background score starts giving you chills as soon as the game starts. The walking passages are dark as hell, it’s hard even to look at your own hands. You know for sure that the place has been compromised. There has been an Alien invasion, leaving you (along with your gun) the only hope to restore the humanity. So, you take on the charge, grab your gun and slain the Aliens to heal the humanity from the plague that has fallen upon them. 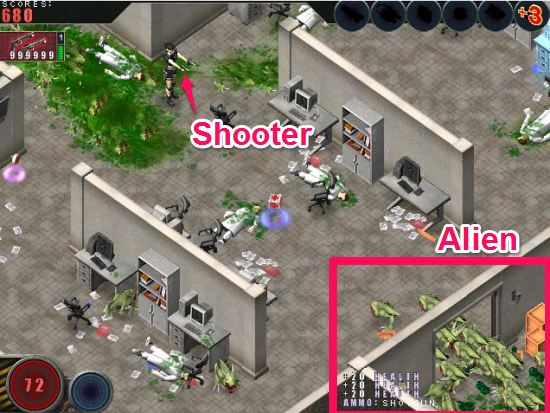 Your mission is to clear the base, completing 10 levels, and developing your character. To put this honestly, smearing corridors with alien corpses and the bloodbath after the prolonged fight with aliens feels nice. The aliens are of many types and sizes: Green, Red and Yellow. Green being the weakest and Red being the strongest of them all. The power ups and purchasing of additional weapons provides some additional fun to the game. But the action is generally unsatisfying, remember the old game of Crimsonland? This game too feels like a clunky tale of the same old “aim and shoot” game.

You can also try this free online shooter game.

Launch the game, and hit the “New Game” option to start the game. 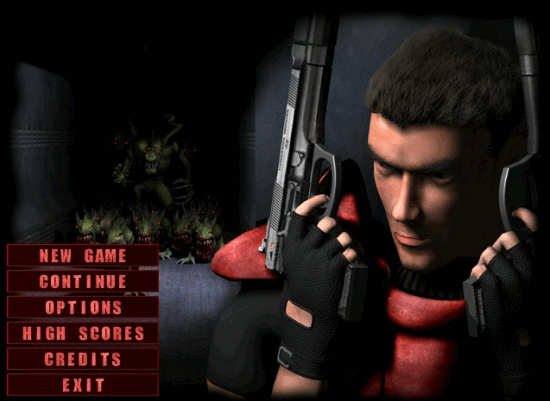 Now the next window will give you the option to choose your virtual avatar and the game mode. 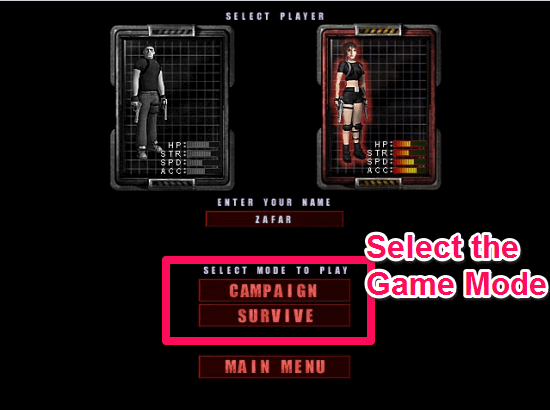 Once done. the interface shows you the description of the avatar and your gun store, from where you can also buy guns, provided you have the cash ( you get to collect cash inside the game). 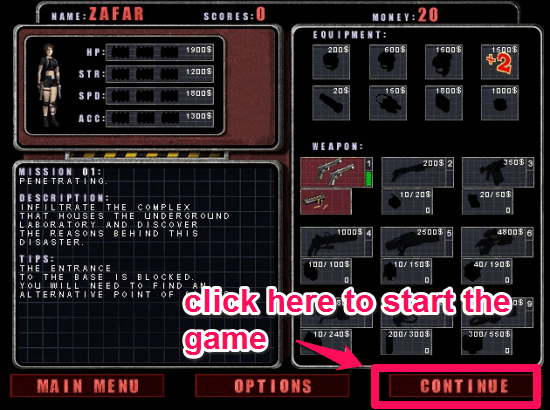 The game control is pretty intuitive; it involves both keyboard and mouse. You navigate the player with the four directional keys of your keyboard.

You aim at the enemies with your mouse and Right-Click to engage and shoot. I must add at this point that, because of the “isometric point of view” of the game, the navigation becomes a bit difficult. 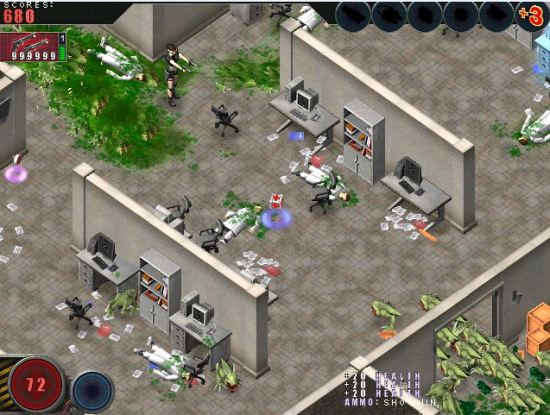 Apart from this, there are 10 different levels in the game and 9 different guns. You can collect cash, first aid, and other power ups in the game. The cash collected can be used to trade new guns from the gun store.

There are two modes of game: Survival and Campaign.

Campaign: In this mode of the game you have to complete all the levels. Running around the army base and warehouses and slaying those aliens is pretty much the task to do here.

Survival: There is no level to complete in this mode, the aliens keep coming to you and you just need to shoot at them.

Alien Shooter is a shooting game that offers you pretty much everything that you can get in a 20MB game. With 10 different levels and two different game modes, the game captures your attention for a longer time. Therefore, I rate the game as a “Nice” and considering that it is a 20 MB game, recommend you to get your hands on it.