Battlefield Heroes is a free online shooter game that comes under the “Play 4 free” segment from the studio responsible for iconic titles like Battlefield 1942. That’s right folks, it comes from the stable of Electronic Arts. Even though the game is free to play, you are still required to have a free EA account in order to play it.

Though the game is a multi-player, you play as an individual player, and the other online players don’t bother you. You get to choose between the three avatars: the commando, the soldier, or the gunner. The aim of the game is to shoot your enemies, who are common for all the online players. The more enemies you kill, the better you advance in the game. 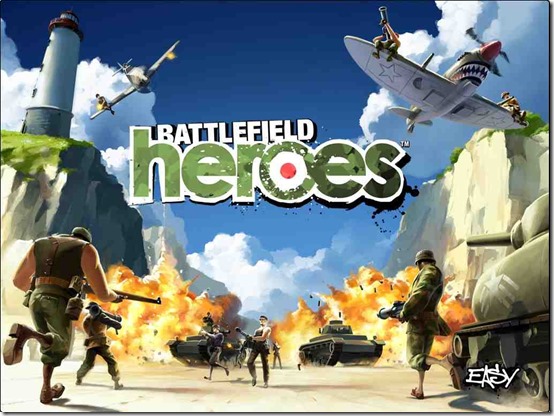 Battlefield is a fun cartoon style shooter, with funny background music, which is strange, considering this is from EA. The Graphics are not too intensive either, and the game can be played on any average system with decent network connectivity. It caters to players of all the skill levels, and has pretty good character development. Although it bears a similar name to the iconic Battlefield 1942, it’s no where near that EA classic. Personally, I believe EA intended Battlefield heroes to be a little lighthearted version of Battlefield 1942.

You can also try these free first person shooter games for your PC.

As mentioned before, the game requires you to have an EA account,  however, an Origin account will do just fine. You can choose your player’s character and avatars from the 3 given choices, and style him as well (You can even change player characteristics like hair styling etc.). The game takes place in a battlefield (Oh, I didn’t know that!). As is the case with most  first person shooters, you move around and aim with weapon with your mouse, and shoot with the left click button. Apart from that, you have the four standard keyboard movement buttons:

You initially start off with about 110 bullets, that get used up pretty quickly, but you get your refills regularly. Let’s jump into the Battlefield (pun intended) and see what it’s all about!

How to play Battlefield Heroes Online:

Step 1: Click on the link provided at the end of this review and you will be directed to the game page, where you start by getting an EA account for yourself.

Step 2: Once done, you will be asked to install the plugins.This is a necessary step as the game doesn’t start without them. Once the plugins are done installing, Battlefield heroes starts.

Step 3: On the initial screen, you can choose your game avatar from the three given choices. You can also personalize them as per your style preferences. When satisfied, click on the button that says “I’m Done”. 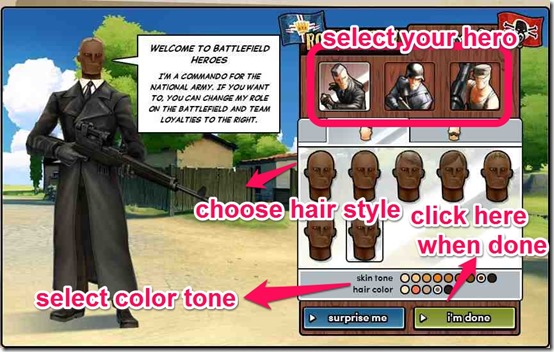 Step 4: Welcome to the Battlefield captain!! (you get to fight in a different battlefield every time). Walk around with the four keyboard control buttons and aim with the mouse. When you see a bad guy, you shoot him. That’s all there’s to it! 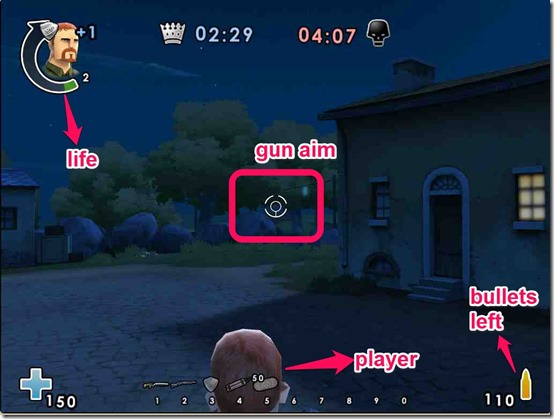 If you die in the game, you just re-spawn and the game continues from the same point again. You can have as many lives as you want. You even get to drive army vehicles at certain times, especially after you finish the first level.

All in all, I found the game  quite good for klling time while killing random enemies. Although comparisons will be drawn to Battlefield 1942, as I’ve already said, there’s not any comparison at all. But even on its own, Battlefield Heroes manages to stay fun. Therefore it gets a “Good” rating from me.