Raze is free to play, online Flash based shooting game for PC. It’s a shooting game where no signup is required. You just hit the link provided at the end of this review, and you are good to go. This shooting game requires you to fight against the Aliens, Zombies, and Robots in a futuristic scenario, where you are fighting for the survival of Earth (or something like that).

The game offers you five addictive gaming modes, and lets you customize characters. There are 12 sets of characters, that you can customize in the game, all differently.

Raze is actually one of the pretty amazing Flash games, that I have come across so far. For a free Flash game, it has really breathtaking visuals. There are even certain power ups in the game, where you get new guns to slay your enemies with. You can re-spawn in the game as many times, as you want to.

There are also six different battle locations to fight on. I particularly liked the background score of the game; it’s fast paced and perfectly sets the mood to put your combat suits on. 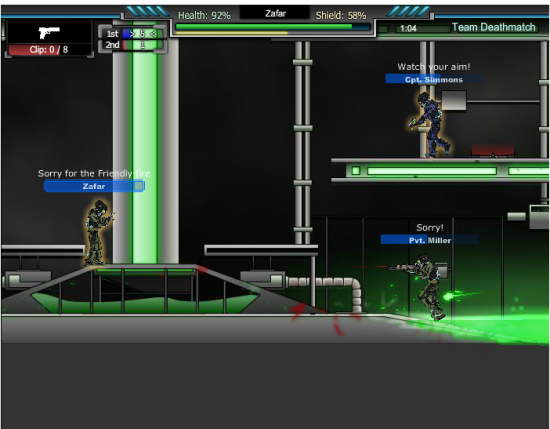 You don’t always get to play Flash games, as amazing as Raze. When the game starts, it asks you to create your gaming profile. In the next step, it offers you two different modes to play: Campaign and Quick Match. 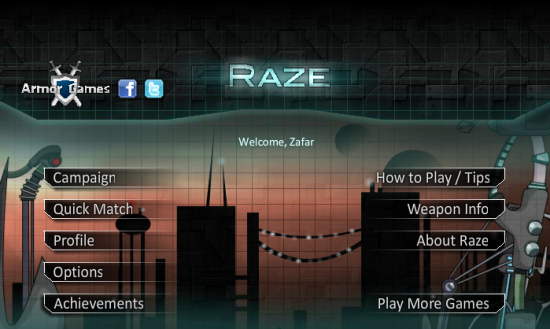 Campaign: The game let’s you play as an Alien or Human. This is the mode where you can customize your characters. You can unlock the Alien campaign only after you have played the Human campaign. The mode has almost 15 levels to complete. The initial levels are easy, where you are up against training bot that teaches you to combat. The next stages will have different match strategies. Once you have completed all the 15 levels of the Human mode, your Alien campaign will be unlocked and you will be able to play 15 levels of Alien mode too. I personally found the human boss more difficult to kill. 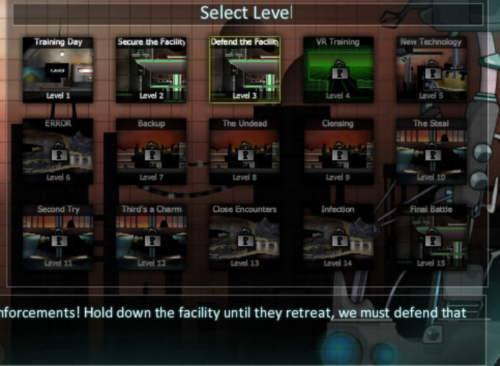 Quick Match: The mode is again divided into 5 different gaming modes, and all of them are equally addictive. In each of these gaming modes you can customize few settings, like: opponents, difficulty level, scores to win, Damage Mode, Ego Mode, and the Ballistics.

The gaming modes are as follows: 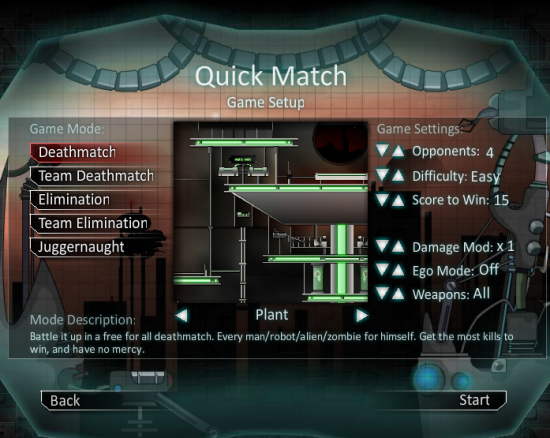 To customize any mode, just click on the arrows beside the customizing options to increase or decrease the count.

Tap on any mode, followed by tap on the “Start” option to start playing the mode. There are also power ups in the game, for you to pick up. The power ups include, different types of firearms, and meds to replenish your life. 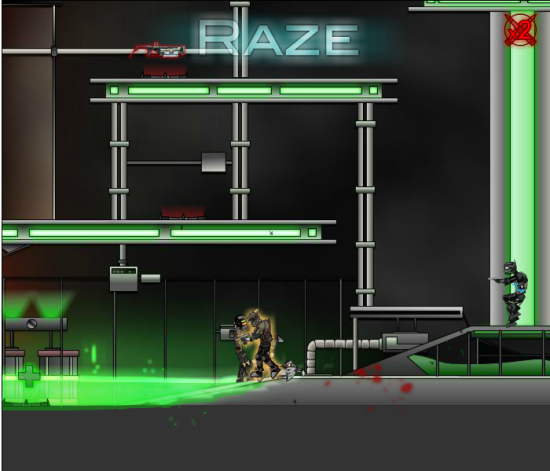 The Gamecontrol is pretty easy, and same for whichever mode you choose to play.

There are two sets of keys, that you can choose to move the player in the game. 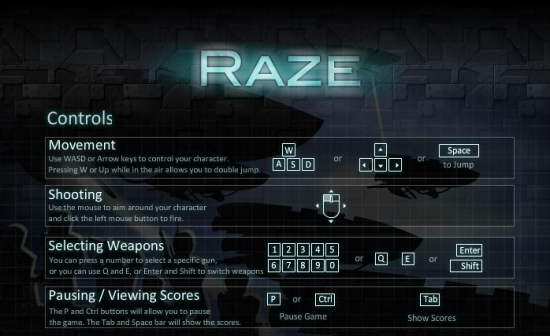 Apart from that, your mouse will be used to aim, and left click on the mouse will shoot the bullet. 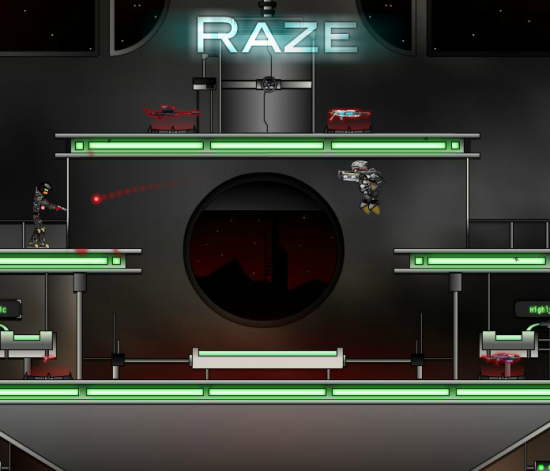 All the guns that you claim on will be shown in the interface and you have to just tap on any gun to switch the guns. 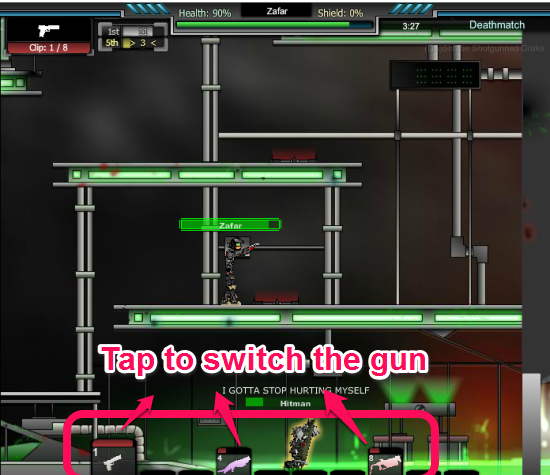 That’s pretty much to the game. For a flash game, this seems quite a lot to handle.

You don’t come across a game like this every day. Amazing gameplay with lots of levels and game modes to explore will be enough to feed your hunger for shooting games. Therefore, I rate the game as “Very Good” and have no problem whatsoever in recommending this for you to play.