WWF Raw is a free wrestling game available for Free Download on PC. In this action arcade game you can play with 12 different wrestlers in 6 different modes.

This game was developed based on the famous TV Show WWF Raw. Other arcade games available are Contra Free for PC and Jungle Book For PC. Those who like to play wrestling games on their android phones you can check out 5 Free Android Fighting Games. 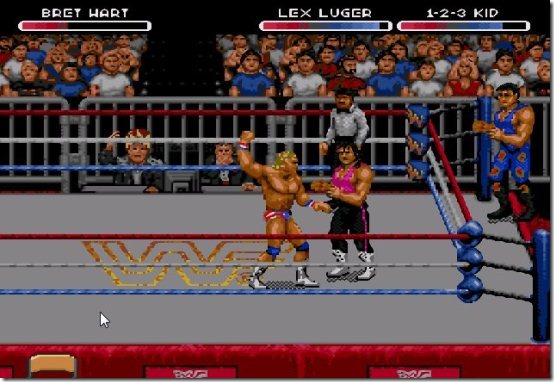 About This Wrestling Game:

The first three modes have one fall, brawl, and tournament matches. The difficulty level ranks 1 to 10; where 10 being the toughest. Then you get a chance to either choose your opponent or let the computer choose your opponent. Then you get to choose the player with which you want to play. All the player details will be given; like where are they from, their weight, height, and special move. 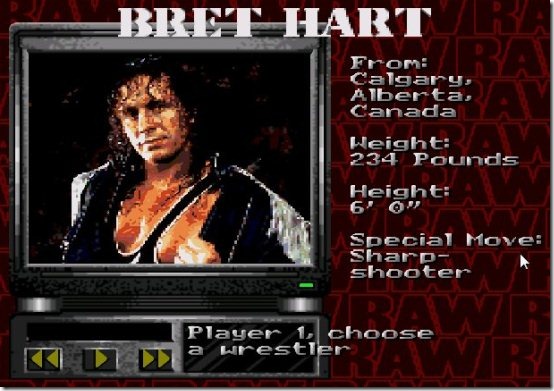 The controls for wrestling game are Arrow keys for directions, Ctrl for jump or change weapon, space for jump/fire/menu select, left shift for item select. There are more than 20 moves available so explore them by hitting different combination of keys. You can even grab chairs to hit your opponents. You can even hit the refree and make your special moves to win. 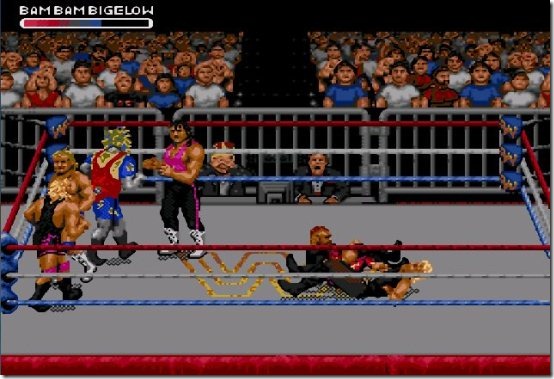 The players energy levels are indicated on top. To make your special moves just drain all the energy of your opponents.

The graphics are pretty good (though, quite dated) and the intro music of players is also nice to hear. The audience and judges and the wrestling ring gives you a real feel. Only flaw is that height of all the players looks equal.

WWF and WWE fans try this wrestling game for free and let me know your opinions. To experience the raw action, Download WWF Raw.