Earlier, Snapchat didn’t promote taking screenshots of snaps as the main purpose of this app was to send self-destructing messages (including photos and videos). But now, Snapchat lets you do that and also allows you to directly edit and share the screenshots. 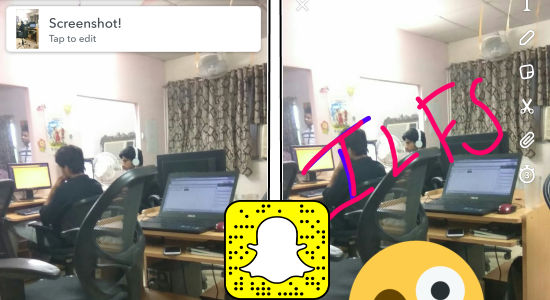 How to Take Screenshots of Snaps on Snapchat on Android:

When anyone sends you a snap, simply open up the chat and press the “Tap to view” option to see the snap. Now, to take a screenshot of the snap, all you gotta do is simply press and hold the “Power + Volume Down” buttons together on your Android phone. As soon as you do that, it will take a screenshot of the message or photo which you have received. 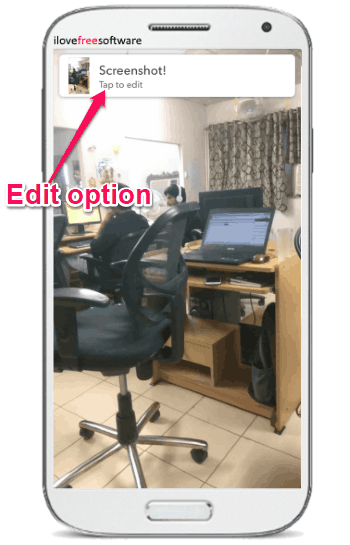 Once you tap on the popup, the editor will open up and you will be able to draw doodles, add text, add stickers, add URLs, etc. on the screenshot. When you’re done editing, you can simply tap on the “Send” icon to share the edited screenshot with anyone on Snapchat or add it to your story. 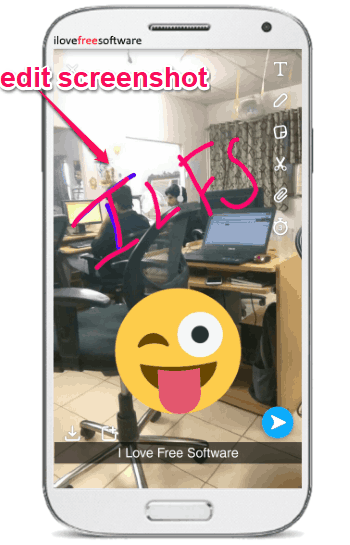 How to Take Screenshots of Snaps on Snapchat on iPhone:

You can also take screenshots of snaps on the Snapchat iPhone app. To do this, you can simply open the snap for viewing and then press the “Power + Home” button once. As soon as you do that, a screenshot will be taken and you will see the “Edit” popup at the top. Now, you can draw doodles, add text, stickers, etc. on the screenshot. Then share or add it to your story as you can do on Android. 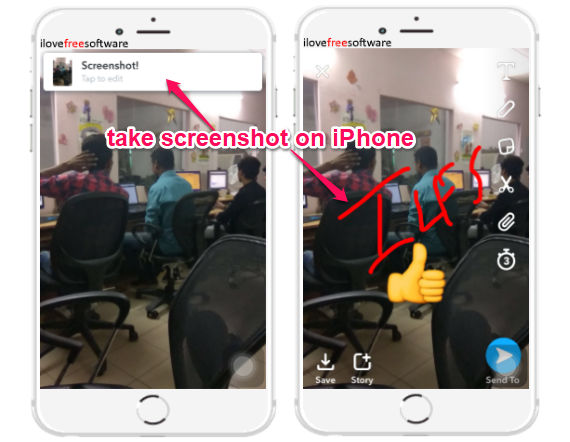