Here’s a list of 5 Android apps with the help of which you can send self destructing messages. Messages that have expiration timers have become all the rage recently with the increasing popularity of services like Snapchat and Facebook Poke. Self destructing messages aren’t always foolproof (screenshots), but apps for sending self destruct messages have been trying to find a way around screenshots. Even some of the apps on our list have even found innovative ways how to do just that.

Let’s see what interesting apps we found in the Google Play Store. 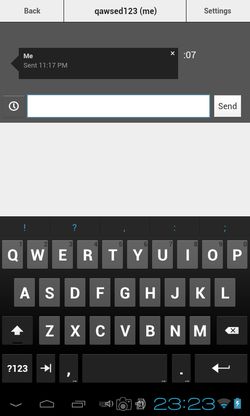 Burn Note is one those apps that’s advertising to be very secure or in other words that messages sent with it are immune to screenshots.

To use Burn Note you’ll of course have to register an account, so will all the contacts to whom you would like to send messages. Burn Note shows the contents of the message only when you tap and hold down the tap on a message. This makes it difficult to take a snapshot of the screen. As soon as the messages is accessed, self destruct timer starts the countdown. You have 15 seconds until the message is gone. 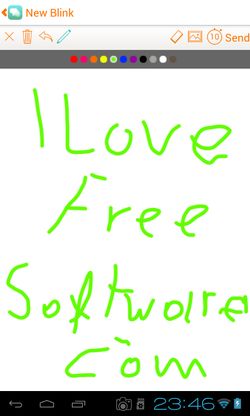 Next app on our list is called Blink! Secret Messaging and it’s very similar to Snapchat, only it offers a bit more features.

Main functionality is still sending self destructing messages, only with Blink! Secret Messaging, next to sending images and text, you can also send in drawings, doodles, edited photos, etc. Registration is required and you can configure how long after the person who received the message is it gonna be destroyed. Blink! uses wifi or data connections to send messages, so there’s no extra charge for sending messages. 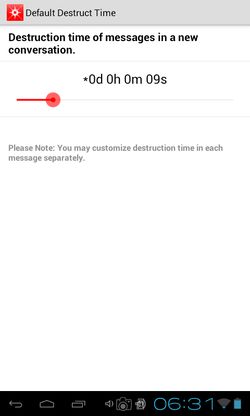 Another messenger with self destructing messaging functionality that we found is called Wickr.

On top of self destructing images, Wickr also offers military grade encryption for the messages that you send. All the messages are deleted securely, without the possibility of them being recovered with file recovery tools. 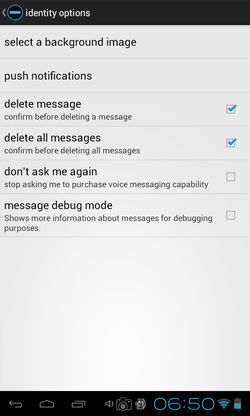 Now surespot doesn’t include automatic self destructing messages, but it does have a feature where after a message that you’ve sent has been deleted on your end, it’s also deleted from the receivers phone. Messages sent using surespot are encrypted to prevent eavesdropping. 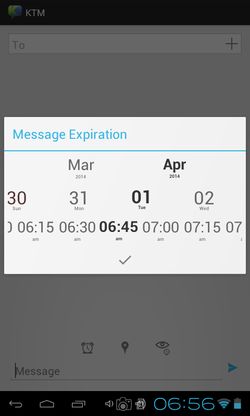 KTM is very small and simple to use. There’s no registrations or accounts that are required, receiver doesn’t even have to have the app installed, but it does come with a certain disadvantage.

Get KTM (Kill The Message).

We were impressed with how easy it is to use Burn Note and KTM. For something a bit more advanced, we suggest Blink! and Wickr, but surespot is also not that far behind. Let us know which you think is the best in the comments down below.