Here’s a list of 5 root app uninstallers for Android which will allow you to uninstall system apps off of your Android powered smartphone or tablet. By removing system apps, those that come pre-installed on your Android device, you free up storage space and also gain a bit of a boost in performance. These apps are more commonly known as bloatware. For these uninstallers to work, the one thing that your device needs to be is rooted. There’s no way around that unfortunately, so only continue reading this if you rooted your phone, or if you plan on rooting it. 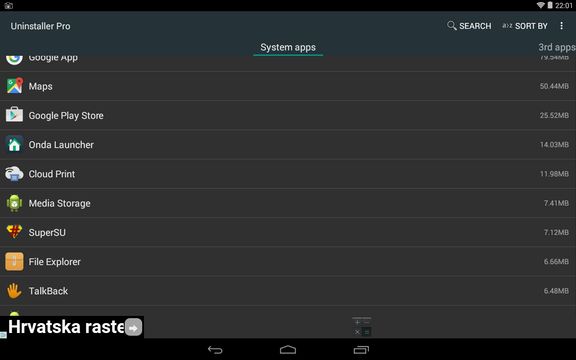 Root Uninstaller by RU is a root app uninstaller that’s going to let you remove any and all system apps that come pre-installed on your device. It’s worth noting that you should use caution when removing apps, and always do research first so that you don’t uninstall something that’s important for proper functioning of the overall system.

With that being said, after launching Root Uninstaller and giving it root permissions, you’re going to be greeted with 3 tabs at the top. First one is a list of system apps, followed by a list of 3rd party apps and then a tab with a list of APK installers. Tap on an app from the list to find options for freezing, uninstalling, backing the app up, accessing the app directory or changing their type into a user app (if it’s a system app we’re talking about).

Get Root Uninstaller by RU. 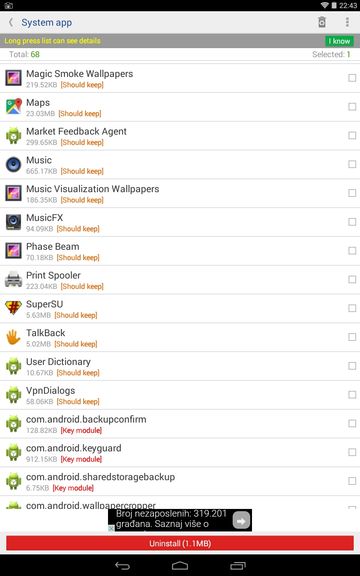 It will classify apps based on how important they are for proper functioning of the system so that the chances of you deleting something important are kept at a minimum. Multiple apps can be deleted at once (one after another), and move to SD card functionality is also supported. 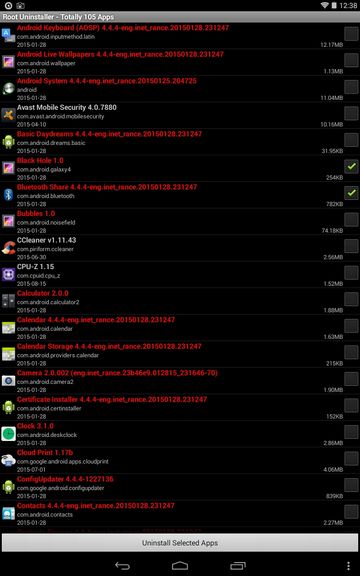 System apps are going to be in red, to help you differentiate between them. Use caution when deleting apps so you avoid deleting important apps. Multiple apps can be selected and deleted at once, one after another.

Get Root Uninstaller by dohkoos. 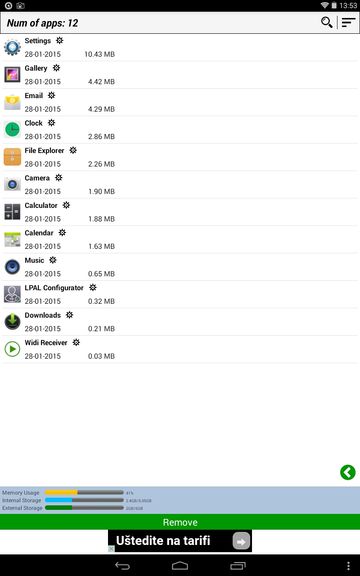 It will only ask for root permissions when you try to remove a system app. User installed apps can be deleted without root, so that portion of the app will work even without a rooted device. Green arrow in the bottom right is for switching between system apps and user installed apps. Multiple apps can be removed at once. There’s a search tool to find apps faster and you can also sort apps by date, name or size.

Get Root Uninstaller by Dino.

Also, have a look at How To Install Incompatible Apps On Android Devices [Root]. 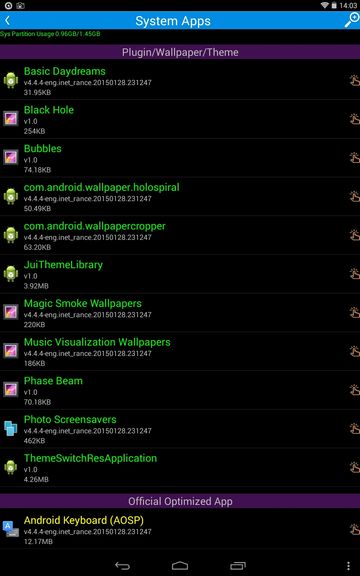 Root App Deleter is a very advanced root app uninstaller which features app grouping, first on system apps and user apps, and after that system apps are additionally grouped according to how important they are.

Available apps in green are completely safe to remove. Yellow ones can be deleted, but use caution, same thing goes for orange, while the ones in red isn’t safe to remove at all. Other features of this app include app freezing, where they aren’t deleted, only disabled, and you also get a task manager for freeing system RAM.

Root App Deleter and System App Remover are my favorites from the list above. I recommend that you install them if you would like to remove bloatware from your device, but aren’t sure which apps are safe to delete. These root app uninstallers will give you access to system apps, but also give you hints on which one of the system apps are important and which ones are safe to get rid of. Other apps from the list are also not that bad, as long as you know what you’re doing. Let me know what you think by leaving a comment down below.