Here is a simple tutorial which will let you install incompatible apps from Google Play Store to your Android device. While downloading apps from Play Store, you might come up across apps which are incompatible or country restricted. As we know there is solution to (almost) everything on the Android platform. Same goes here.

In this tutorial you will learn how to install incompatible apps on your device by using Market Helper. This app lets you fake your device to look like another device (like, fake your phone to appear as Samsung S3), fake country of the device, as well as fake operator. So, if any apps did not install on your device earlier due to device, country, or operator restriction; you can get past that now.

Just because the app is now compatible and will install from the Play Store to your device does not mean that it will work on your device perfectly. In some cases it might not.

If you were successful in installation incompatible apps using this method then do share it in the comments below.

Get Market Helper for Android from here or scan the QR code below. 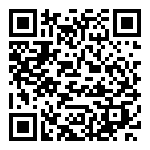