Here’s a list of 5 language learning apps for Android. Knowing a second language opens up a lot of doors. It can give you advantage when looking to move to a different country, on job interviews, you can connect with people from different cultures and more. Playing games on Android can be a lot of fun, but how about if you invest the time spent playing games into learning a new language?

The following apps can help you do that. 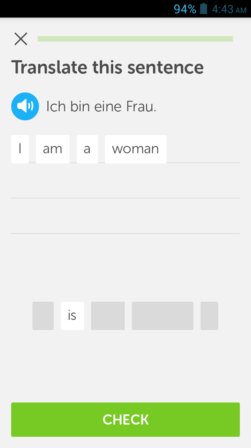 Duolingo needs no introduction. It’s one of the most popular language learning apps in the Play Store.

App allows you to learn Spanish, French, German, Portuguese, Italian, Dutch, Irish, Danish and English. The way that you learn a language is by solving puzzles, translating text and you also practice by taking reading/comprehension tests. Duolingo is completely free, it’s even ad free. There’s even a gaming aspect to it, you collect points, go through levels, and more. 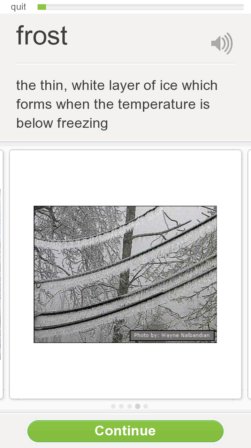 Memrise offers courses on a lot of different subjects, it’s not just a language learning app, but it’s perfect for when you’re trying to memorize words of a language that you’re studying.

Default set of courses are even languages, 13 languages, plus there’s another 180 language courses that are covered additionally on the Memrise website that you can get. To help you learn words, each word is spoken, there’s a text explanation telling you the dictionary definition of that word, and you also get multiple images of whatever the word is, in my case it was “frost”, see image above.

Get Memrise – Learn Any Language. 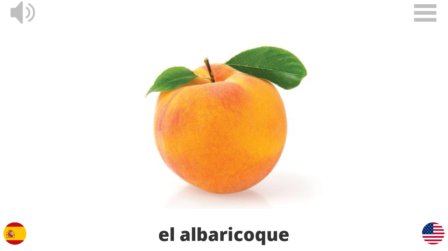 Play & Learn LANGUAGES helps you learn both words and grammar of 23 languages, but note that you don’t get the entire language course for free.

In the free version you only get to cover languages basics, for more advanced lessons you’ll need to purchase additional lesson packs, but what’s available for free is more than enough to help you get started and familiar with the basics of the language that you select. 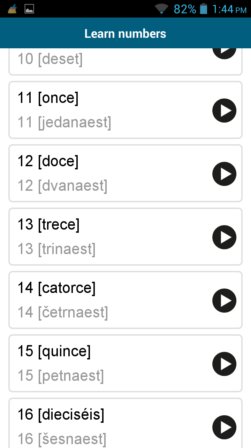 Learn 50 languages is a really great language learning app. Part of the reason why it’s great is because it supports 50 languages and all 50 of them can be set as your native language.

Using this app you’ll get to learn things like phrases, alphabet, numbers, vocabulary and more. It’s not entirely free, there are in-app purchases, but again what’s available for free is more than enough to help you get started learning a new language.

Also have a look at 5 Vocabulary Testing Apps For Android. 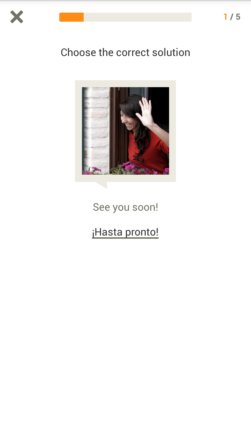 The differences between the two are that Babble doesn’t have all the lessons for free, but it does have a larger selection of languages and lessons for a particular language. 13 languages in total are available. There’s a decent amount of free lessons, but the more advanced ones require a subscription.

I personally use Duolingo and it’s great. Other languages learning app that I covered here are also pretty decent, at least as a supplement to Duolingo, in my case. Let me know which one you think is good in comments down below.