Lingvo Feeling is a free Android language practicing app which has support for 14 languages. The app includes more than 3000 phrases from 14 different languages to check whether you know those languages well or not.

You might have noticed that I have called it a language practicing app instead of language learning app.

It’s because this app doesn’t help you in learning language directly, but instead it helps you in practicing the languages if you know them already. If you are completely unaware about any language, then this app isn’t for you.

This app basically helps you in checking whether you know any language properly or not. It displays phrases from any of the supported languages along with two possible answers. You have to choose the correct one and try to solve maximum number of questions. 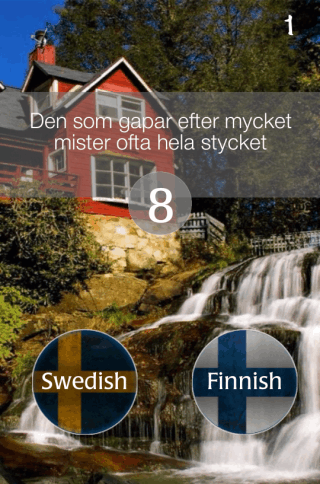 You don’t have to register for any kind of account with the app to use it. When you launch this Android app on your phone, you will see the interface as shown below. You have to tap on Play option to start practicing the languages. 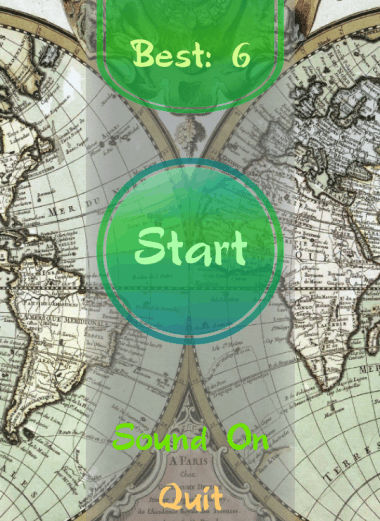 At the start of the game, you will see a language phrase as displayed in the screenshot below. You can see that phrase is at top along with the two possible options at bottom. You have to pick the correct option after identifying the language. The first question always has infinite time which means you can take as much as time you want to answer it. 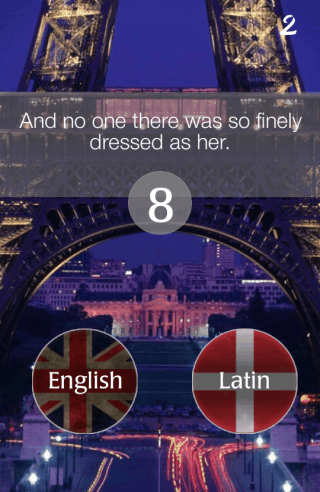 If you answer it correctly, then you will earn 1 point and move forward to the next question. This way , you have to go as far as possible by answering maximum number of questions correctly. The only difference is that all the other questions, have a time limit of 10 seconds for answering them.

So, keep the time interval in mind and answer them wisely. The interesting thing about the game is that you have only one life to answer. If you get it wrong once, then the game will be over. At the end of the game, you will see the correct answer and your total score. You can also choose to replay the game from here. 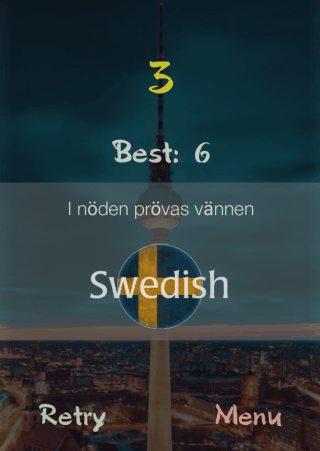 You may also like: 5 Multilingual Dictionary Apps for Android.

Lingvo Feeling is an awesome Android language practicing game for those who wanna check their proficiency in a language. I enjoyed using the game. The support for 14 languages makes it really interesting and fun to play. Do give it a try.