Here’s a list of 5 app locker apps for Android which you can use to block access to apps that you don’t want other people to run when they get their hands on your phone. We all have that special someone who starts to play with our phone the first chance they get. With an app locker you can lock the SMS app, phone call app or the gallery app so that no one can snoop around your private info. 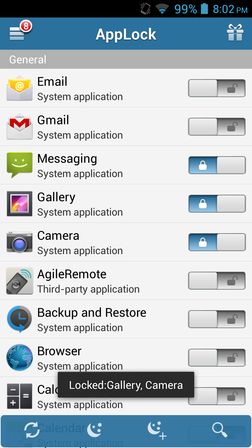 AppLock is one of the most popular app lockers out there, with over 50 million installs and counting.

AppLock will ask you to type in and confirm a PIN first time that you run it. This PIN is going to be used to access AppLock and also to run the apps which you protect with this app locker. Pattern lock is also available. Advanced security allows you to hide AppLock icon and to prevent it from being removed. As a bonus feature, the app works as a file hider. It can create secure vaults where you can password encrypt personal files and data. Using AppLock it’s also possible to lock Wifi, data connection, Bluetooth, etc. 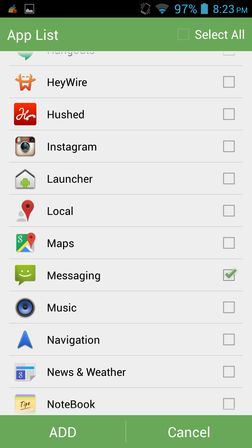 Smart AppLock is very similar to AppLock, but it doesn’t have quite all the same features that AppLock has.

For example you don’t get the data vault where files can be stored, but you can block the apps for accessing files, so there’s a way around that. On top of all the basic security features, you also have front camera picture taking when someone types in the wrong code, to see who is fiddling with your phone without your permission. Pattern locks are available, as are system controls, Wifi, even screen light and screen rotation for apps that you add to the list can be blocked access to. 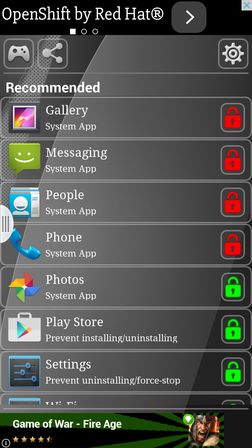 App Lock (Keypad) is much simpler than any of the two previously mentioned apps.

There aren’t any advanced features like a vault or photo snapping when the wrong PIN is entered to unlock an app. It’s a simple app locker and nothing more. Type in a PIN after running the app for the first time and that PIN is going to be required to access App Lock and the apps that are protected by it in the future. 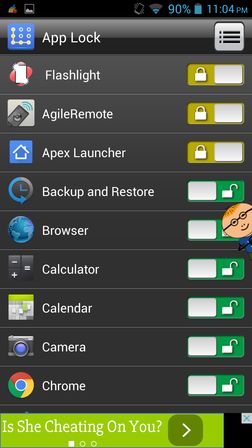 App Lock is similar to App Lock Keypad. It’s similar, but not quite the same. For example, here, you also get pattern lock to protect access to apps.

For extra security, you can also setup security questions, to help you restore access to apps in case you forget PIN and the pattern lock.

Get App Lock by lovekara.

Also have a look at Android App Locker to Set Different Lock for Different Apps. 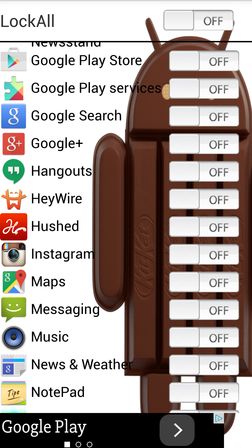 App Lock by Top App has both PIN protection and pattern lock protection.

You first set up a PIN number, then once you’re in the app it’s possible to access the settings and change the protection to a pattern lock. To protect an app, just select it from the list and change the switch on the right to On.

Out of all the app lock apps from the list above, the first one is the one that caught my interest the most, AppLock by DoMobile. All of them worked great, although the last three from the list started having a bit too intrusive ads. Start from the top of the list and work your way from there.