Here, we will talk about 5 screenshot tools for Windows 8 that allow you to capture and save screenshots. Capturing screenshots is usually a long and cumbersome process, but these tools that we are going to talk about will help you to do that with extreme ease.

Although most of the screenshot software would work on Windows 8, but I have listed those which we have tested with Windows 8 and believe provide a good experience.

So let’s get started! 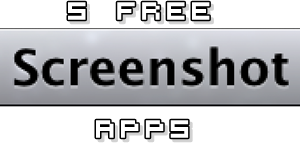 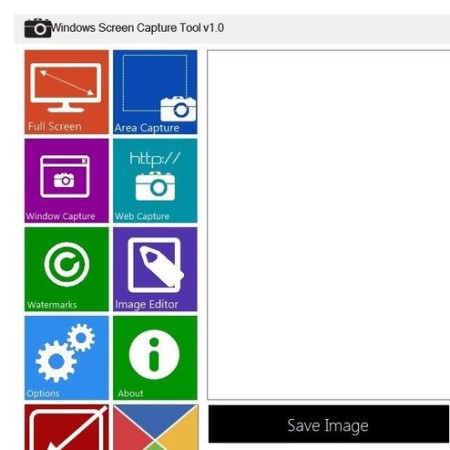 Windows Screen Capture Tool is a unique kind of screenshot tool for Windows 8 that allows you to create screenshots, resize them, add watermarks to them etc. with ease and comfort. When you open the app, you will be presented with various controls (Window Capture, Web Capture, Watermarks, Image editor etc.) Window capture allows capturing the entire window that is open on the screen, web capture allows you to capture an image of any webpage by typing in the URL and typing the size that you want. Watermark option is a very nifty feature that allows adding watermarks designed by you to the screenshots. This feature can really help you out in ensuring privacy and preventing piracy of copyright content. Finally, the Image Editor option allows you to edit the screenshots (resize, crop etc.) which have been captured by using this software. You can also enable a setting in the image editor to open it up after the screenshot is captured so you can directly edit the images after capturing them. 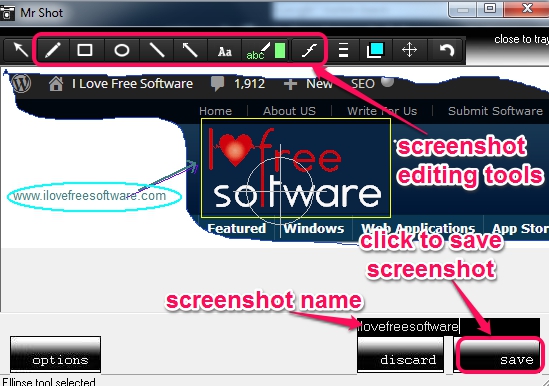 Mr Shot is a really unique app that allows capturing screen area on Windows devices with ease. Why do I call this app unique? It’s unique in the sense that it allows you to capture freehand screenshots using your mouse! That’s right, freehand screenshots! The app presents neat controls when you launch it that can be used to take screenshots. Freehand feature allows you to draw any shape on your screen with your mouse and the contents inside that shape will be captured as a screenshot. The app also supports certain keyboard combinations for taking screenshots. These are:

The above hotkeys will open up the interface corresponding to the actions that they perform. This is a really nice app if you ask me! 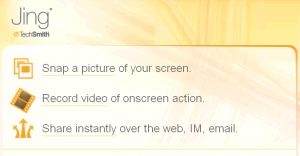 Jing is an extremely easy to use applet for capturing screenshots, and as a bonus feature, it also allows you to capture up to 5 minute videos of what you’re doing on your desktop (this limit of 5 minutes is removed should you wish to upgrade to the paid version). Launching this software provides you with three simple links on your screen – Snap a picture of your screen (clicking on which captures a screenshot of your desktop), Record a video of onscreen action (captures a 5 minute video of screen), Share instantly over web, IM, email (which opens up Windows sharing options for sharing your screenshots). You can either click these links, or you can hover over to the yellow icon at the top of the screen which appears when Jing is minimized, and select the option that you want (Capture etc.). Capture allows you to select a portion of the image which you can then save to your device. Needless to say, this is one of the simplest screen capture apps that we have seen out there! 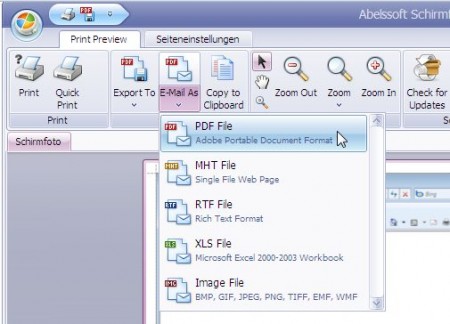 Schirmfoto is a software that aids in capturing photos in a unique way. When you install it, it adds a small icon on top right corner of each window, and this icon resembles a camera. Clicking on this camera icon allows you to take a screenshot of the window that’s open. Once the screenshot has been captured, it opens up in Schirmfoto’s editor interface. Although it’s a nice tool, it has it’s own set of limitations as well. It doesn’t allow selective screen capture, and it can only aid you in taking screenshots of complete windows in the free version, and you can never take a screenshot of your desktop icons as the button for taking screenshot is added only to windows! If these limitations are not holding you back, feel free to give it a shot! 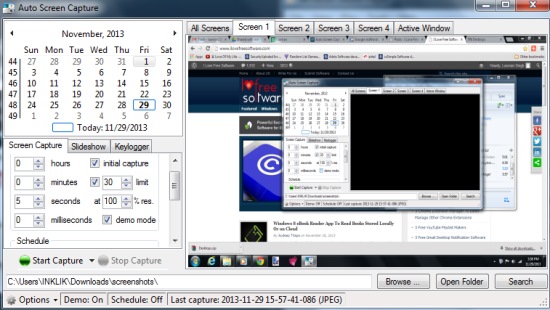 Auto Screen Capture is a pretty advanced screenshot tool that allows you to take screenshots at regular intervals automatically. When you download and run the software, you will find the options that show you the screens connected to your system in a tabbed interface If you are using a single monitor (display), your screen should appear in the Screen1 tab. Screenshots can be captured by configuring the settings on the left, where you can set the date and time using the provided calendar and time settings below this calendar. If you look towards the bottom, there is a neat button that allows you to Start Capture of the screenshots. The app cleanly minimizes itself upon initiation of capture process. The one drawback that I personally faced while using this app was that although the software is supposed to minimize itself once the capture process starts, it fails to do so every time, and you might have to manually minimize it. I don’t know if everyone would face the same issue, but I could reproduce this bug multiple times on my machine running Windows 8 Pro x64 edition.

Which app is your favourite? Do let me know!