MRT Mixer is a free audio mixer for Windows which allows you to mix up to 4 audio tracks at once. Up to 4 channels are available where you can open tracks which are gonna be used for your audio mixing adventures. All the common audio formats are supported. Large selection of effects are also available, flanger, backward, rate, range, dry mix, wet mix to name a few.

Screenshot below shows us the interface of this free audio mixer, to be more precise, you can only see two of the four channels for mixing audio tracks. Each column is reserved for one audio track. They can be opened all the way at the top, while the entire bottom part of the channel is reserved for the various effects that are available, some of which we’ve already mentioned. 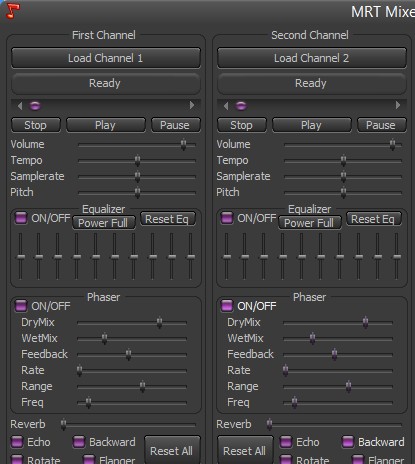 First thing that you need to do is open up the tracks that you’d like to mix. You can do this by clicking on the Load Channel 1, Load Channel 2, etc. buttons which can be found at the top of each column. 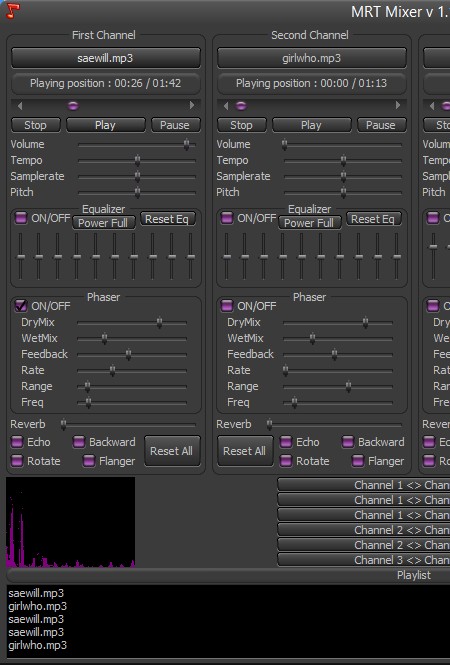 On the image above we are playing a song on only one of the audio channels. Playback is managed using the playback controls, they can be found near the column top. There you can also rewind, pause and stop the track. A bit further down below all the various effects that we mentioned are located. Move the sliders to adjust them, but before that they need to be activated by putting check marks on each one of the sections that you want to use, equalizer, phaser, etc. 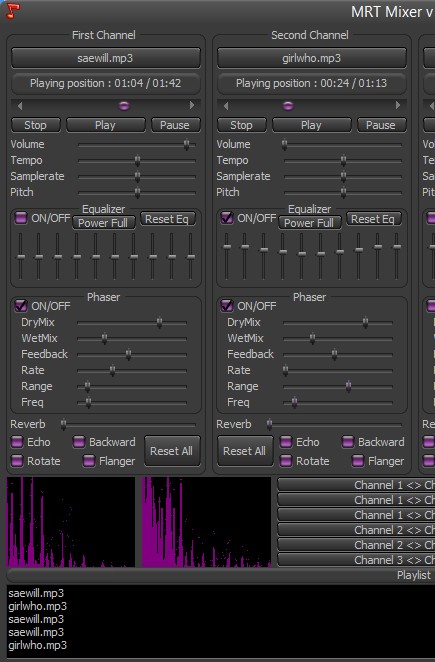 Audio mixing applications usually have very complicated interfaces, with complicated work flow, and dozens of menus, switches, options. MRT Mixer focuses more on simplicity. It’s perfect for users who are only interested in some light audio mixing, without having to go through extensive training to do even the simplest of tasks.