Dragon Age Legends is a free PC game that was previously available as an online game at Facebook, but can now be downloaded and played offline. It’s a typical retro style turn-based RPG (Role-playing Game) where each player in a team takes the shot, followed by the enemy. The game is all about battling monsters and grabbing loot. Your mouse control everything; no need to tinker around with keyboard.

The download size of the game is around 160 MB. 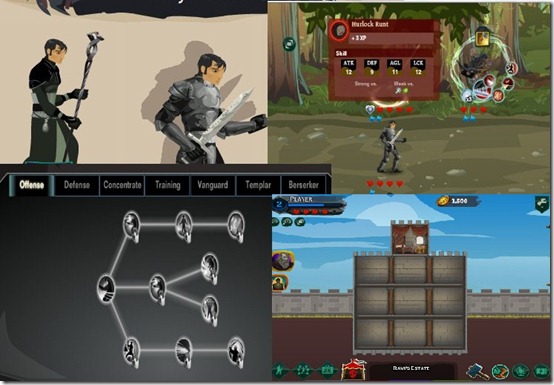 The game is very easy to install, but make sure you have Adobe Air (free) installed on your computer before running the installer.

The game also has an inbuilt tutorial that provides you information to get your game on (pun shamelessly intended).

This game comes from the stable of world renowned gaming studio, EA Games.  Even though it’s a 2D game, but it’s quite a looker. As the game was initially developed for the Facebook users, so it had multi-player features, where you and your friends could role play as the warriors, and explore the quest together. But since this is an offline variation, you  don’t  get to add your friends to play with you (if you still prefer to play on Facebook, there are lot of other RPG games for Facebook as well).

Though you cannot call your friends to join in the fun, but the game has this new feature where you can add two more warriors in each level. So there will be like three warriors battling the monsters in each level, one will be you and the other two will be your Avatars, also being controlled by you.

So, first you get a shot, then the enemy gets a shot, then one of your avatars, then the enemy, and so on. You can always choose to fight alone, but trust me, you don’t want to do that. The reason for this being that the game gets a hell of a lot difficult with each level for you to be playing alone. 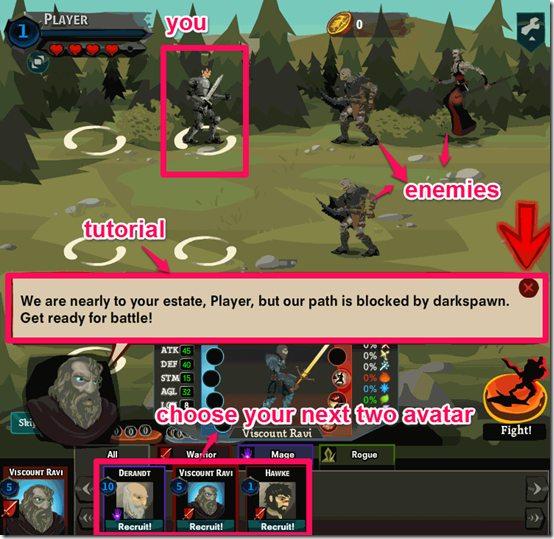 Besides that, you can name and build your own castle, guzzle reviving potions, and procure bombs and other weapons at the end of each level. In addition to that, you can unlock more powers, warriors, and get more and more gold as you advance in the game. You can choose your warrior before the start of each level.

Oh, and get this: You can be the proverbial Phoenix rising from ashes once you die! After you die, you can choose the revive option to re-spawn. That will definitely cost you the gold coins that you earned at each level, but what else are they for? (You’re not thinking of trading them for a happy meal or something now, are you?)

In my assumption, by now you must be having Butterflies in your stomach to play this thing. So let’s get started.

How to Play Dragon Age Legend on PC

After the installation part is over, the game opens with a short story. Just follow these simple steps after that to get started.Each level has two sub levels, and more than one shot is required to kill.

Step 1: Once the game opens, you get to choose between the three options: Load Game, New Game, and Exit. I take that you are playing this game for the first time, so select the “New Game” option. You will be guided to a window where you will be asked to “Save Slot” (basically a game saving option, enabling you to resume the game from the point where you left it, by choosing the same slot next time). 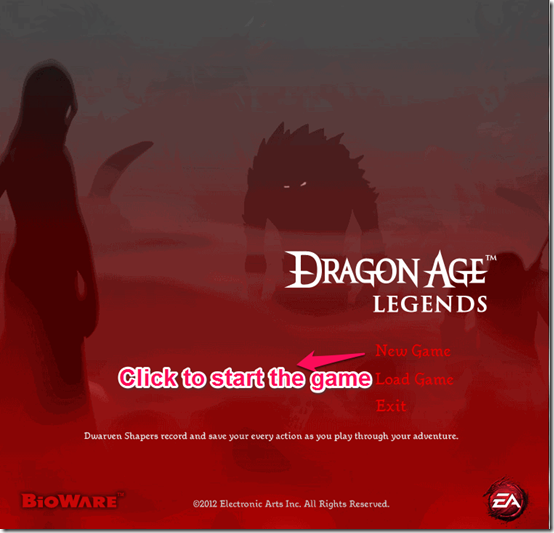 Step 2: After this, you’re asked to choose a warrior. Choose your virtual avatar and click on “Begin Your Adventure”. 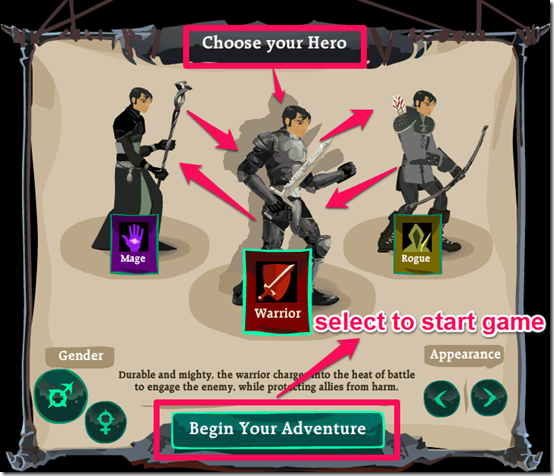 Step 3: Your level will now be  loaded. Choose your other two avatars, grab y0ur shield, do your Aahoo! chant (300 anyone?) and start the game.

Step 4: Click on the enemy you want to hit and you will see the weapon selection there (Bolt, Frostbite, Storm etc.). Hit on any of the weapon and your warrior will fire that. 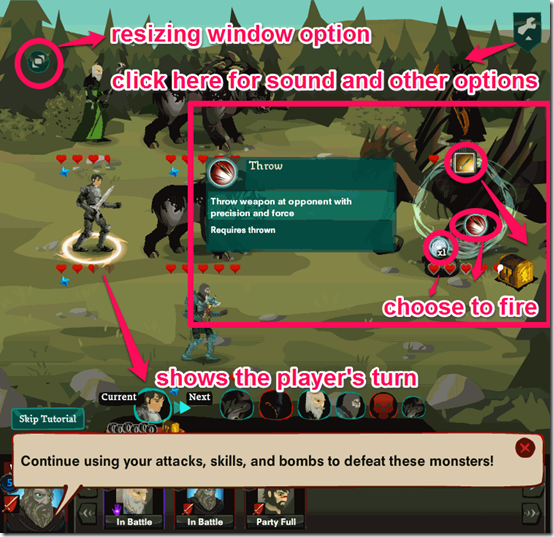 Step 5: Now it’s your enemy’s turn to fire. So click on your warrior and options like shield, potion, etc. will pop up. Click the Shield to protect yourself from the assault. 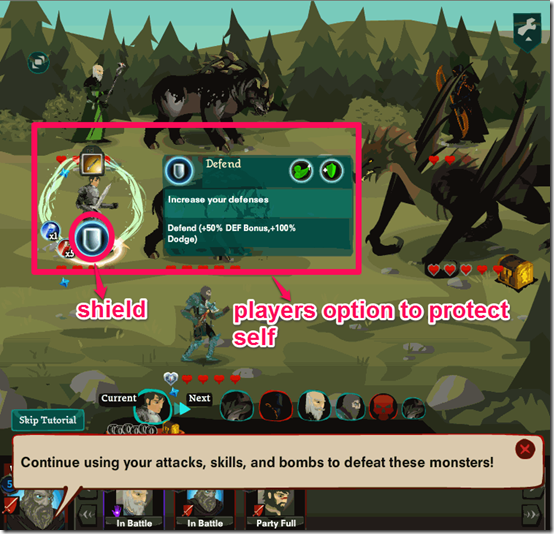 So as you can see, playing is fun, but not really that hard (Just don’t try this at home on your siblings). Follow the above steps and you will be advancing in the game in no time.

Even though it’s a 2D game, but Dragon Age Legends has an appealing interface and intuitive controls. The developers have done a great job by releasing this offline variation. You will definitely have fun playing Dragon Age Legends.