AngryBots, is a free Windows 8 RPG game app. The game play of this Windows 8 action game app is, you are stuck in a space station, filled with different angry robots. You have to find your way out of the station, shooting at these robots with the kickass gun that you’ll be carrying all the time. The robots try their best to stop you, by firing at you. However you have got a big gun, fire at robots to destroy them and keep moving forward. The game is in 3D and has awesome graphics, sounds, and controls. However the game has only one level, still it’s pretty long and interesting, and will keep you glued to the game for quite a long time, because it not too easy to find the way out; the station is pretty big enough to get you lost somewhere halfway. 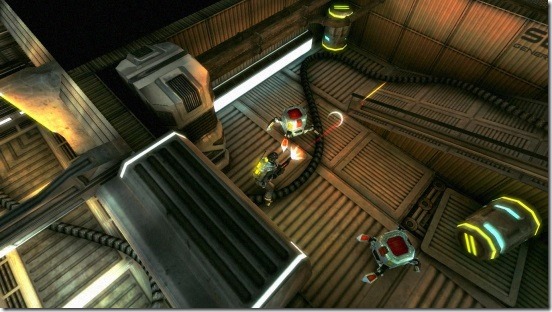 As, this game app is a RPG (role-playing game), so in the game, you’ll be playing as a soldier of future, all suited up in an armor and looking badass. You’ll be carrying a gun, that never runs out of ammo and has pretty good range. The game has every theme; you’ll start from one end of the station standing in the rain, already surrounded by the robots. There’s not just one type of robot, in fact there are many; some fly, some crawl, some are small and fast, and some are big and have heavy firepower. Every single robot in the space station wants to kill you. But there’s no need to worry; the only gun that you’ll carry all the time, is enough for all these robots. The only difference is some take more shots to get destroyed. 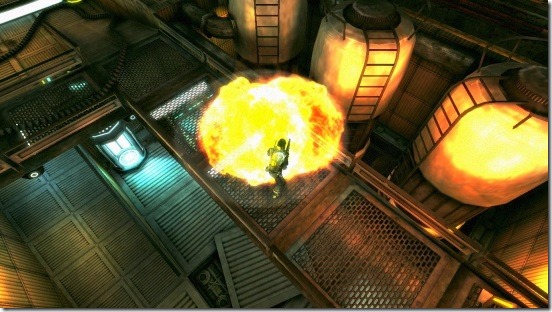 In order to help you, the gun that you are equipped with has lazer aiming, that helps you shoot right at the robots it’s the gameplay, graphics, and controls that makes this Windows 8 RPG game app fun and interesting. The game has top class graphics, and you’ll notice this the moment you launch the game. Also there’s a very good sync between the controls keys and actions. The controls are W to go up, A to go left, S to go down, and D to go right. Also the direction in which the character is facing depends on the mouse direction. In order to fire simply left click. 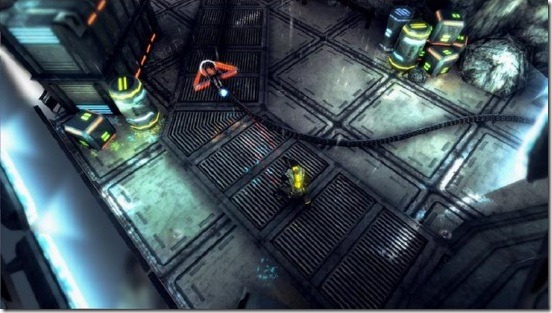 The station where you’ll be playing is pretty big, and it’s more like a puzzle, where you have to find your way out. And usually you’ll get lost some where in the game. Still it’s fun, and the fact that you get lost makes this game challenging.

Don’t forget to check out these other WIndows 8 actions game apps: Judge Dredd vs. Zombies, Reaper, and Zombie HQ.

If you are into racing games then you might also like this free Windows 8 racing game app:3D Boat Race.