Judge Dredd vs. Zombies, is a free Windows 8 Action game app. If you have watch the movie Judge Dredd then you’ll certainly love this action packed Windows 8 action game app. The game is a culmination of Judge Dredd and zombies. Well, the game play is, the undead has taken control over the city Mega City One where judge dredd patrols and has forced other judges out of their sector house. Now it is Judge Dredd who has to take the sector back by wiping out all the hordes of zombies, that threatens the safety of Mega City and it’s people.

That was the Story game mode of this Windows action game app. Besides this, the game also has two more game modes: Arenas, and PSI. In the Arenas game mode, you as the Judge have to take on the endless hordes of zombies, rack up a body count and earn rewards. In PSI game mode, you’ll go visit the PSI Division, where you’ll be given different missions, that gets unlocked after a specific time period. Before that you can’t play any of the mission. So, it’s all about killing zombies, using bad-ass weapons, that can be upgraded, pile up the finally dead bodies of the zombies, and get the highest scores, badges, and grab different achievements. 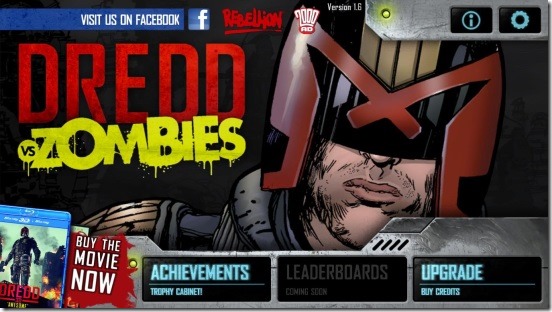 This Windows 8 action game sure is one of the best action game available in Windows Store. The game is in 3D, you’ll see the game from the top camera angle. The graphics are pretty awesome, the zombies do look pretty dead, and the explosions look pretty cool. Each location is very well designed, and is in a way different from the other. The animations are also pretty cool. The way the zombies come out of the ground creeping is nice. And there are some nice slow-motion animations when you kill the last zombie of a level; making you feel like a real hero. Judge Dredd vs. Zombies, is a pretty kick-ass game. The sounds of undead, gunfire, lights flickering and explosions are pretty cool. However it’s is the gameplay of this Windows 8 action game app, that makes the game lots of fun and challenging. 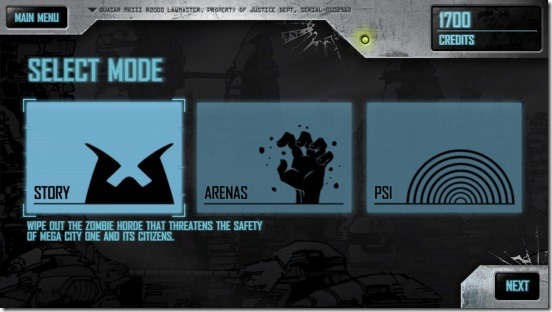 Like I said above, the game has three game modes, more like mini games. These includes: Story, Arenas, and PSI. And each of the game mode is equally fun and addictive. The Story game mode further has 3 sub mini games, and each further has it’s own multiple levels to unlock and complete. For example the Sector 188 (the first sub-mini game of Story game mode) has a total of 30 levels to play for. However it’s compulsory to complete a level to unlock the next higher one. 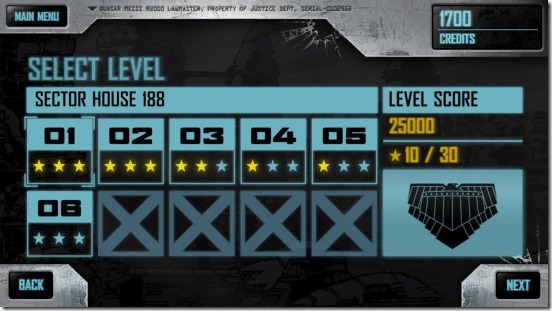 Each single level is equally fun and interesting. You’ll face different types of zombies, some die with one single hit, and some take 3 to 4 hits; but my favourite are the fat ones, they explode with one single hit, and destroy almost everything around them. So you can use them to kill multiple zombies together. But you have to be careful, because you might also get in the range of their blast.

The game controls are pretty simple. Use w to go up, D to go down, S to go left, D to go right, and R to reload the gun. A good thing about this Windows 8 zombies game app, is it auto aims the zombies. All, you have to do keep running in the playing area and fire using the left mouse click. 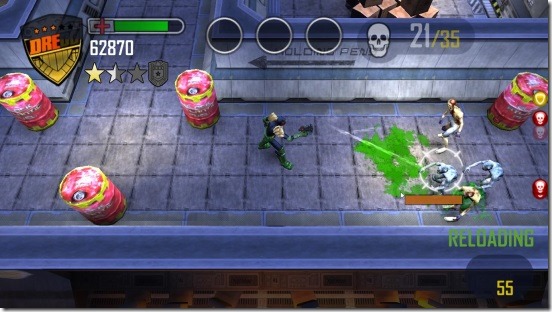 The game difficulty increases as the game advances. So, the higher levels you go the more aggressive and dangerous zombies get. And it’ll be pretty hard to kill zombies, but, there’s a way out of this! The game allows you to upgrade your weapon, you can upgrade the reload speed, the damage a bullet does, rate of fire, and clip size. Plus you can also equip your hero with other two kick-ass guns. These, guns can be unlocked by using the credits that you score after completing each single level. 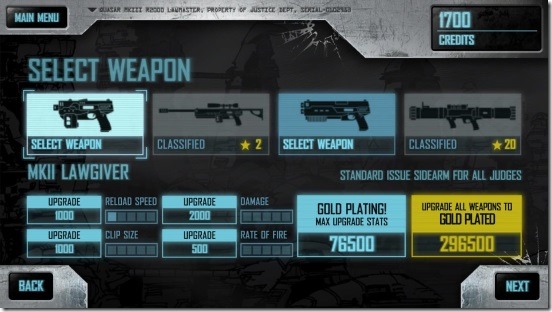 Also, before going into any mission, the game allows you to choose one from the following: Back magazine, Body Armor, Enhanced Stamina, Instant reload, Iron Will etc. These all help you throughout the mission. Also, a mission is not only about killing zombies and completing mission, you also have to collect badges, scattered throughout the locations (sectors). So, get to a mission, use the ultra cool super guns, kill all the undeads, grab badges, and complete a mission with flying credits. 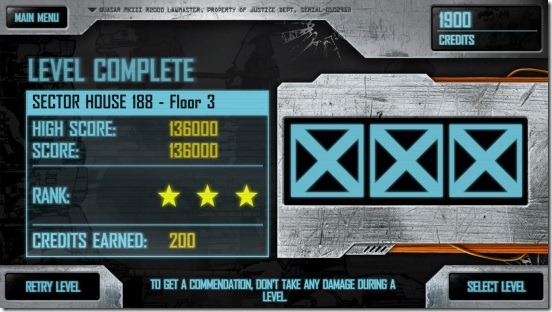 Judge Dredd vs. Zombies, certainly is one of the best Windows 8 action game app. As compared to the game and graphics, the game’s size is pretty small. Everything works completely fine. It has great gameplay, smooth animation, good sync between the game and keys control. And above all the gameplay is very good.

Get this Windows 8 action game app from the Games Category in Windows Store, or Click here to get this game.