Reaper is a free Windows 8 Adventure Game App. It is a free action adventure game of RPG game category. For those who don’t know what RPG is; well, it stands for Role Playing Game; where you’ll play the role of the hero. The game play of Windows 8 game app is, you play as a pale legendary swordsman, who went into an ages long slumber; and now has woken up in a magical wilderness. In the mean time, there is an ages old war going on, among the imperial soldiers and the local tribes for the claim of the wilderness. Along with these there are wild beasts, trying to overtake the land for themselves.

During, the game play, you’ll be moving from places to places, according to the map. Which shows you objectives, and different locations where you’ll form friendly relations with the people living there, and a location to shop and upgrade armors and weapons. 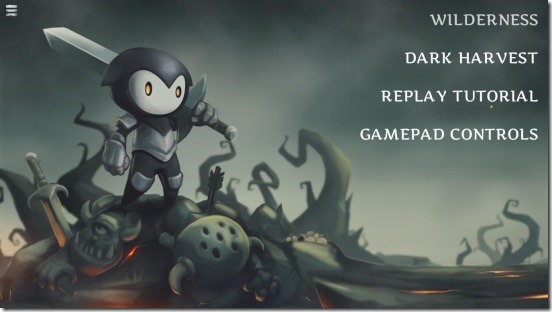 Well, that was the plot of this Windows 8 adventure game. The game is in 2D, with excellent graphics. The characters are quite cute. The Game controls are easy to learn and use; you’ll be using space bar and the arrow keys for controlling the character and for fighting enemies. A good thing about the game is, it plays the tutorial at the beginning of the game, telling you all the necessary game controls and instructions.

Like I mentioned above, it is a map based game app. The map actually shows you locations where you have to go. These are basically the objectives, that you have to achieve. Some of these objectives drops you directly to a war, and some of these take you to a location where you’ll build up friendly relations. Also, there are times when you have to fight first on your way, before reaching to the destination. I liked the fact that all  the locations are different, with different enemies and and different objectives. This makes the app interesting, by not giving objectives of same kind. 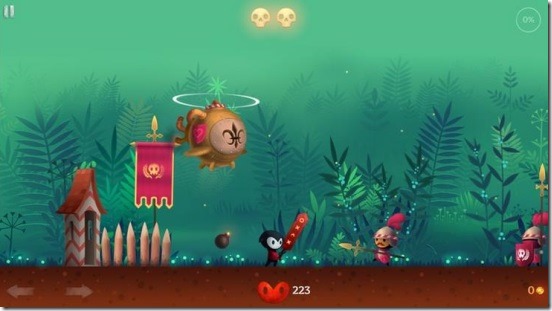 Well, this is a hack-and-slash game app. So, in most of the missions, you’ll be fighting and killing enemies. Killing enemies gives you coin and rewards. You can use these coins to buy/upgrade your armor, weapons, equip your character with new armaments. You have to fight with almost every one, these includes: imperial soldiers and their high tech war machines, the crazy tribe warriors and magicians, who most of the time use the magic powers to kill you, and the wild beasts. 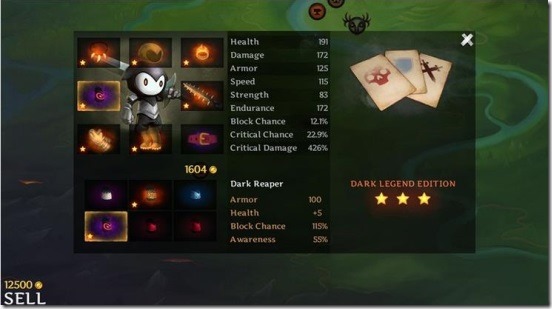 I liked the different fighting styles, that the reaper uses to kill his enemies. These includes double jump, whirlwind, stomp, slam, uppercut etc. Also there is this Auto–attack, mode in the game; which automatically makes the reaper fight enemies, when they are more in number around him. This makes it, easy for you to clear the mission. But, if you don’t want the computer to take control of your hero, then you can still control reaper and fight against enemies, manually. All you have to do keep pressing the control keys. But, it is very important to keep an eye on the life meter present at the bottom of the screen. If it finishes, then your character dies. Completing each mission, gives you experience, and helps you to raise your level. 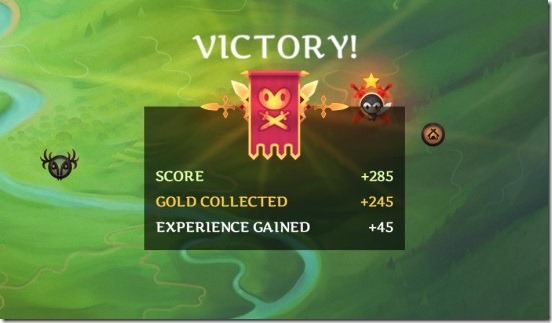 The only thing that is limited in this Windows 8 action game app is the levels. The game is free only upto level 10. The higher levels can be unlocked by spending few bucks.

Reaper, certainly is a good Windows 8 game app. It’s functional, and does what it advertises. The gameplay, graphics, controls, story line, music; all fall in the great row. This is one of the most addictive and fun game, I have played till now. And the good thing about this Windows 8 game app is, the free version is quite lightweight. All in all, a must try free Windows 8 game app.