Zombie HQ is a free Windows 8 zombie game app. It is a third person shooting game app. The objective of the game is to survive and kill all the blood thirsty zombies who are all around you in the zombie infested world. There are hordes of zombies, coming to eat you up and the survivors.

In your fight against zombies, you have to build up an arsenal of weapons which includes multiple types of guns, explosive, and other weapons. Most of the people are already dead and turned into zombies. Now it is only you who can save the day. Use the weapons well and defend your city and it’s people against the zombie hordes. 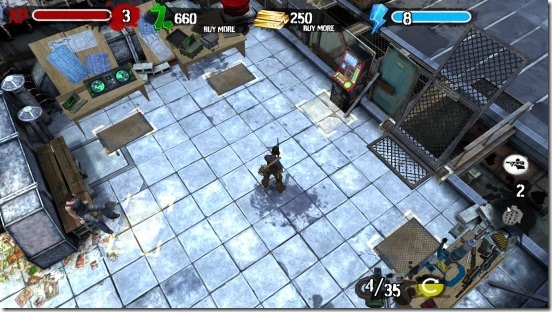 Zombie HQ is a good Windows 8 Zombie game and all the junkies who are a big fan of zombie flicks and games, must try their hands at this free zombie killing game app. You can get this Windows 8 shooting game app under the Games Category in Windows 8 Store.

The plot of the game is the world has got infested by zombies, somehow you managed to escape form the zombies and climbed up to a roof top. There you found a working radio and map of the city which is your only medium for communicating with other survivors. Each of the survivor sends you to new missions with the hope that you can save everyone and hence rejoin you in the fight against zombies. Use the map to go for a mission. 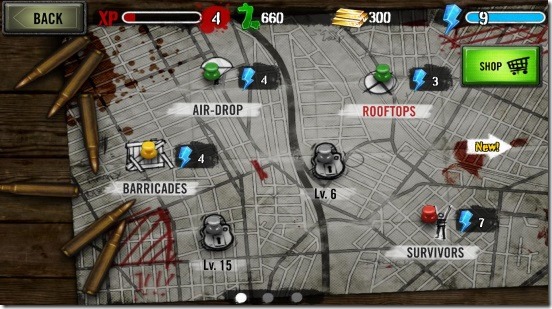 That was the plotline, now here’s the details of the gameplay. As it is a third person shooter game, so you are able to see your player. You can play either as a male or a female hero. The game involves walking and running around a top down map, firing bullets on the zombies with auto aiming weapon and throwing explosives.

At the beginning you’ll get equipped with normal pistol and a baseball bat as the primary and secondary weapons. These have very less impact and are very limited. But that won’t be any problem because as per the game difficulty, at the beginning they are quite sufficient. But as the game advances you’ll get more stronger zombies which won’t just die and the game becomes more and more difficult. So, it’s your job to keep buying more powerful weapons and upgrading them. Besides buying weapons you can also buy some other stuff, which includes: pool tables, hot tub, TV, turntables, baseball catchers helmet, beer hat, etc. These items give you all the options to personalize your hero as the way you fantasize, which is quite a thing to like about the app. 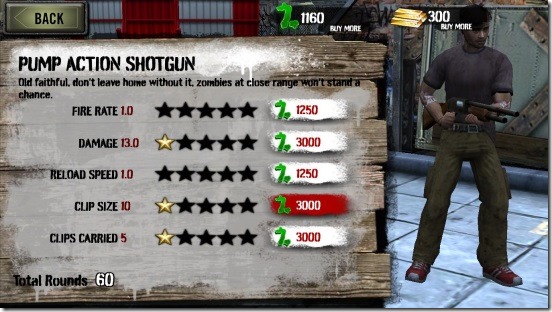 To upgrade your player and weapons, you’ll need points and gold which you can earn by collecting multiple pickups, killing zombies and finishing the round as quickly as possible. Once you have enough points, you can go the Shopping screen and shop for the weapons and upgrades. On successful completion of a mission, you’ll get points, money, and XP. 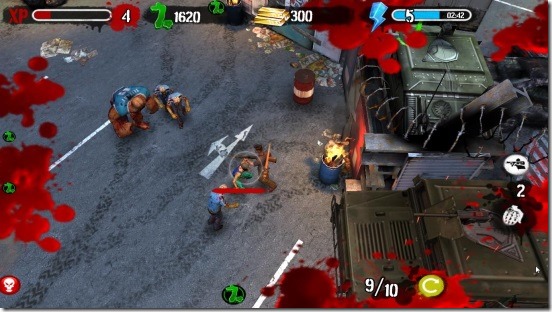 Note: Each mission requires some amount of energy (icon having bolt sign), if you don’t have enough energy then you can’t start that mission. But  not to worry because these get filled automatically after specific time period. You have to wait until the energy reaches the requisite level. 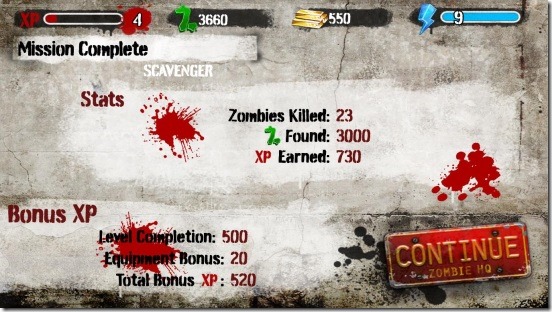 The graphics does quite well, as the game is in 3D. The sound effects of firing bullets, zombies, hammerings, and the background music is good too. The controls are quite easy. I like the multiple options the game gives to control the characters. These are the keys with respective actions: w/up arrow –> up, a/left arrow->left, s/down arrow->down, d/right arrow->right, r/space bar->reload, q->change weapon, and left mouse click/enter key->fire. 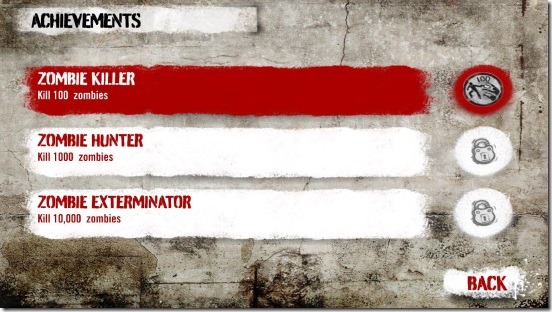 Tip: Firing on big fat zombies and fuel drums make a blast, so when there are lots of zombies, then, fire on those drums and fat zombies, instead of firing at other zombies. Also there are dustbins scattered on the city, go near them as they have hidden points and biggest rule of the game is to always keep moving!

Zombie HQ is a good free Windows 8 zombie game. The gameplay is easy and straightforward. The game never lagged or froze. The difficulty increases as your experience increases. There are multiple missions to do and items to unlock. Hands down, a must have Windows 8 game app.

Also check out these other zombie games for iPad and PC respectively : Dead Trigger and Zombie Shooter