Dead Trigger is an action packed free zombie game for iPad. Play this never ending FPS game to survive the fierce waves of zombies. Before I excite you about this game, let me tell you that download size of this game is 184 Mb! So, if you have a slow internet connection, or running low on space on your iPad, you would want to give this game a miss. But if you do decide to install it, you will be quite amazed with the graphics quality (which is primarily the reason for the huge download size).

Shooting zombies is always fun and but what if you are surrounded by zombies in a limited area. Don’t worry you are supplied with guns; but one more limitation is the limited ammo. You have to collect ammo dropped by zombies and survive the waves of zombies trying to kill you. 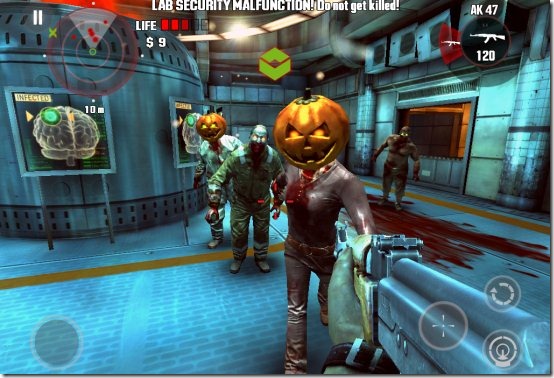 About Dead Trigger; The Free Zombie Game for iPad:

Killing the Zombies is your primary goal. The gameplay of this free zombie game is very simple, you have to select missions from the map like shown in below screenshot. Choose a mission and start playing. Some missions have defending kind of gameplay and others have survival mode with a set timer. Some missions exit only if you kill certain number of zombies, so choose accordingly. But to describe the game in two words, it will be “Kill Zombies”.

While playing your missions you get some extra ammo, weapons, and at the end you are awarded cash. Visit the bank everyday to collect some cash and go to shops for purchasing weapons with the money you have earned. Using the cash you can buy weapons, special upgrades, and items which are useful for defending yourself better the next time. Apart from the story mode there are separate missions to play in Dead Trigger; to earn more cash and items. Complete missions to earn extra upgrades. Some levels or weapons can be unlocked by purchasing them, but that wont be necessary because the free game has more options to offer. 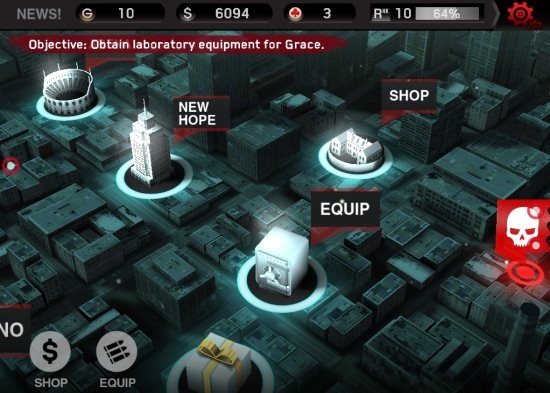 Dead Trigger controls and handling are a little complicated (bit sluggish). But once you get acquainted with the game and having killed by the zombies in the first few times, you will be able to operate the controls correctly (no pain, no gain). Let’s have a look at the controls (check out the below screenshot): 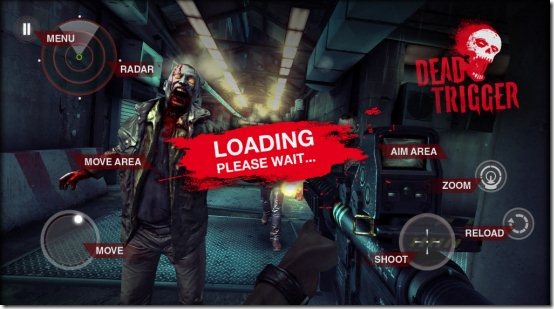 Dead Trigger is a good and thrilling free zombie game that you should definitely give a try. You will like the game if you like killing zombies unlimitedly or else you may feel it’s repetitive. The graphics and sound effects are awesome and very close to PC gaming. You can also try other free zombie games like: Zombie shooter and Euthanasia.