Zombie shooter is a wonderful survival shooting game available for free download. Kill all the zombies and turn the floor red.

You are an one man army. Your goal is to kill all the zombies created by the scientists. Stroll around the streets and laboratory to collect nine varieties of  guns, money, ammo, etc. 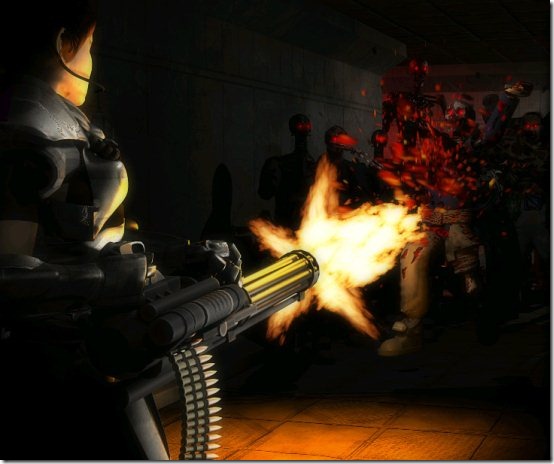 The scientists have created zombies in the laboratory to threaten the human race. Now it’s your duty to kill the zombies and save the world. You are a soldier who is armed with different guns. The guns available are Two Pistols 9, Shotgun, Grenade Launcher, Minigun, Rocket Launcher, Freeze Rifle, Plasma Rifle,Flame Thrower, and Magma Minigun.

The details are pretty clear but have a keen look around because the zombie rats and dogs approach from the corners to suck your blood. Shoot all the glowing boxes for guns, ammo, health, money, and some special upgrades. Stand behind walls and let the zombies come straight up to you; so that it’s easier to kill them.

The background rock music is too good; motivates you more to rock and roll. This game has all the elements to keep you occupied for hours (I’m saying this from my personal experience). Hope I get nice comments, so that my boss will not be mad at me for playing this single game, the whole day.

The controls of this game are:

This shooting game has three modes:

After installing you will be first asked to enter your name and then choose a male or female character. Then you can also select easy or normal or hard levels to play. Then there are three modes to play:

Campaign: The game starts on a lonely road and eventually you have to start killing the rats for a start. Search for some guns, ammo, and money in the glowing boxes. There are some spots marked round and red. After you complete the level they will turn green; when you stand on that spot you will proceed to next level. Before proceeding to next level you will be given choice to buy some stuff or upgrade your character. With the money you’ve collected buy some upgrades and weapons. You can also upgrade your strength, speed, health, and accuracy after completing stages. 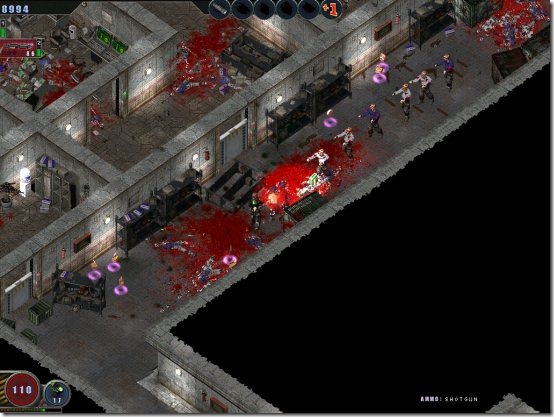 Survive: In this mode you are all alone on a small road, where all the zombies and animals keep attacking. You just have to shoot them and collect the upgrades to survive. After you get killed your high score will be recorded (check the screenshot below). 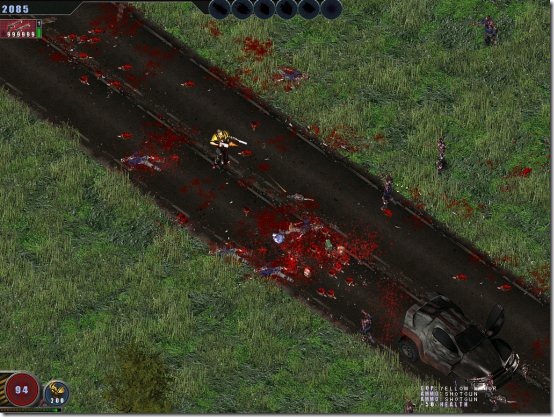 Gun Stand: In this mode, there is only a big machine gun and all the zombies will be attacking the wall as shown in below screenshot. You just have to protect your wall from the attack. After you kill some zombies, you will get a nuclear bomb indicated in Yellow color. Hit right click on mouse to activate the nuclear bomb; this kills all the zombies at a time. Again new zombies will start attacking; you just have to survive as much time as you can. In the end they break the wall and destroy the machine gun. Then your high score will be recorded. 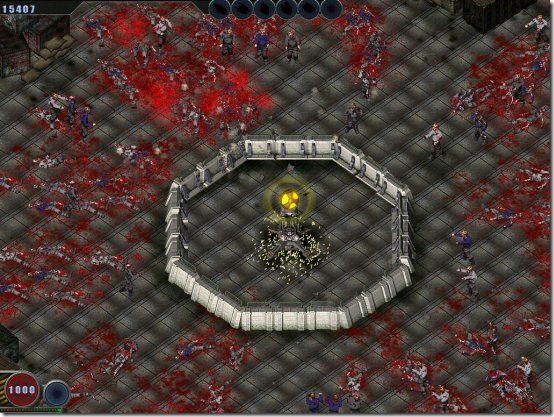 You can configure to display the blood color in green also. You can change it by going to options and enter a password to store your settings.

Overall this game is a feast for gamers who like shooting games or killing zombies. To kill the zombies, Download Zombie Shooter here.

If you like to play more shooting games then view my other articles on Contra for PC and Hidden and dangerous.