3D Boat Race is a free Windows 8 racing game app. It is a boat racing game app, where you’ll race against other online players through out the world; playing the game. You’ll get a boat, that you can custom paint by yourself. And then race in a global platform against the players from all over the world. There are multiple tracks to race. But, it is compulsory to beat a set time or reach to a certain specified rank in a race to unlock the next track. That is, you’ll get into a race against time and players, so that you can unlock next track, and also, reach to the top in the world leader-board. The game is in 3D, and this Windows 8 racing game app is supported in all Windows devices. 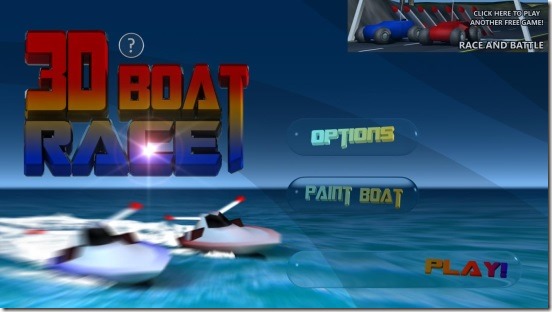 This is a must have Windows 8 racing game app for all those race maniacs.

Race online against players around the world using this Windows 8 racing game app:

Like I said before the game is all about racing. You don’t need to register or sign-up to play the game. Therefore, no cumbersome process or steps to follow; just race! This Windows 8 racing game app is supported in all Windows 8 devices. The game controls are very easy. Here are the controls along with their actions: Up arrow to accelerate, left arrow to turn left, right arrow to turn right. Plus you can also use the nitro booster. Press Ctrl key to use nitro booster. But don’t always use the nitro booster all the time. Because, there are some very sharp turns in the race, and it’s obvious that, if you go with high speed in these turns, you’ll drift out of the track, and it might take you time to get back to right track. And you’ll realize that during that time your opponent has already reached the finishing point.

And like most of the racing game apps, the nitro meter reduces with it’s usage. But there’s no need to worry because it gets filled up automatically. 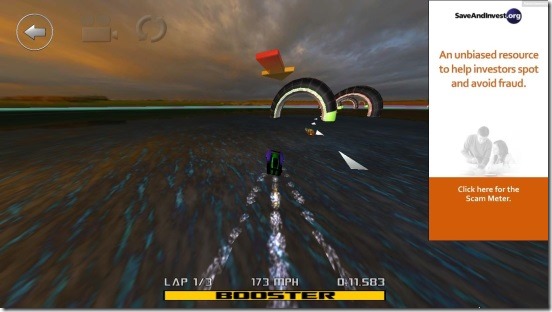 The game play of this Windows 8 racing game app is really good. At first you might find controlling the boat, hard. But as you’ll learn to control boat race by race, then, the game becomes really fun and addictive. A really helpful thing during every race is the direction arrow. This arrow shows you the next incoming turn and always points to the right path. Even, when you drift off the track it helps you to get to the right track.

This Windows 8 racing game app , also allows you to change the camera angle. Press C key to change camera angle. In each race, you’ll start from the lowest rank. You have to race against one single opponent, who is one rank higher to you in world leaderboard. Beat the opponent of current race to unlock the next track. 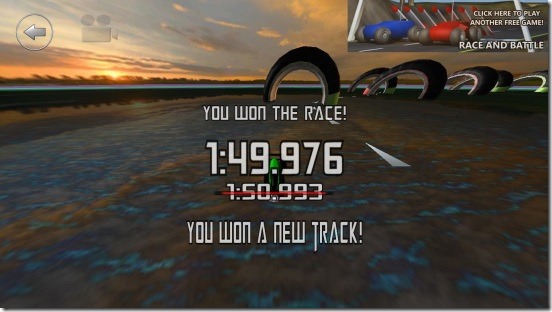 Also if you are lagging way behind the opponent, then, simply press Esc key to start the race again. And, try and beat the opponent in next race. 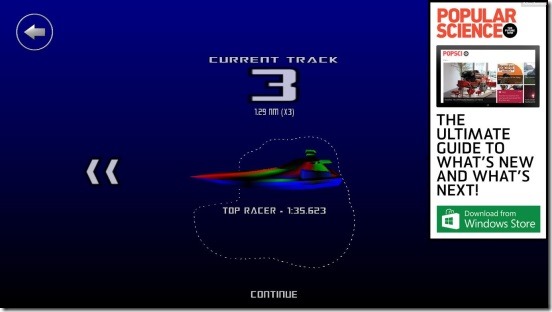 There are different game modes in the game, you can race as an amateur or expert, or just relax with free style stunts in training mode. To change between these modes simply open the Options Screen in the game by clicking on the Options Button in Main Screen, and then click on Game Mode. 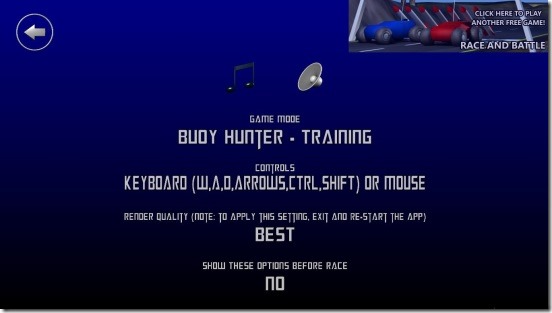 3D Boat Race, certainly is a really good Windows 8 racing game app. It’s functional. Runs without any glitches, has got good realistic physics and smooth 3D rendering. The game play is really good, and tracks are challenging but fun! All in all, thumbs up from my side, and must have free Windows 8 game app for all race fans!