Noogra Nuts Seasons is a free adventure game app for Windows 10 in which your objective is to collect the nuts falling from the sky. You play as a squirrel who is hot on the task of collecting as many nuts as is possible in the least time possible. The more the number of nuts you collect, the higher is your score. The game also has various obstacles which might get in the way of you collecting your nuts and may also end your game abruptly if they hit you, including beach balls etc. The game allows you to choose between two seasons, namely Summer and Christmas season, which is basically the winter season.

Noogra Nuts Seasons is available for free from the Windows App Store. 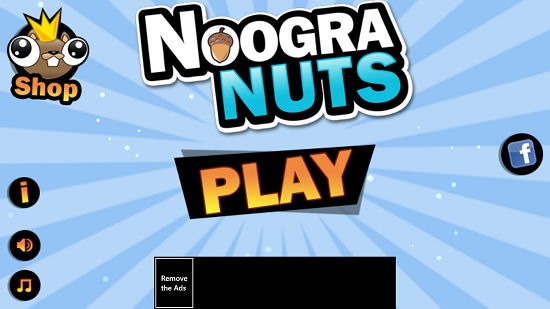 When the game is installed and runs on your device, you will be presented with a screen which shows the main menu of the game itself. This screen is shown in the screenshot below. 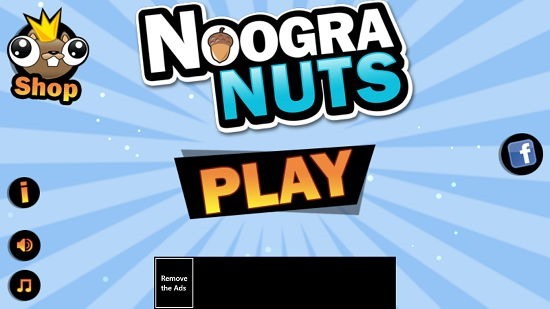 In the above screen, you can go ahead and click on the PLAY button to proceed to the level selection screen, or you may also choose to use the conveniently located sound and music control buttons at the left side of the screen to toggle the respective things. The level selection screen of the game is shown below where you can choose the season that you wish to play. 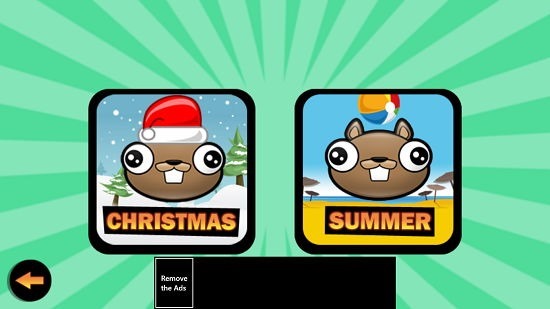 After you have chosen the season that you wish to play, you will be able to see the controls of the game listed on your screen. These will appear like so. 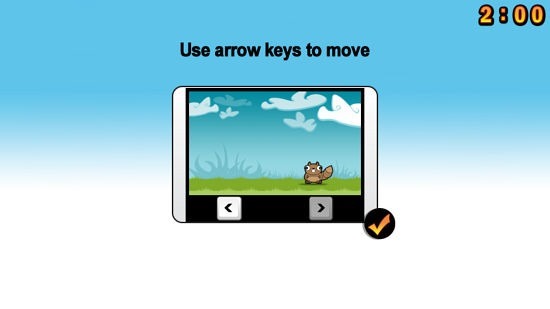 Finally, the game itself will start where you need to collect the nuts falling from the sky. 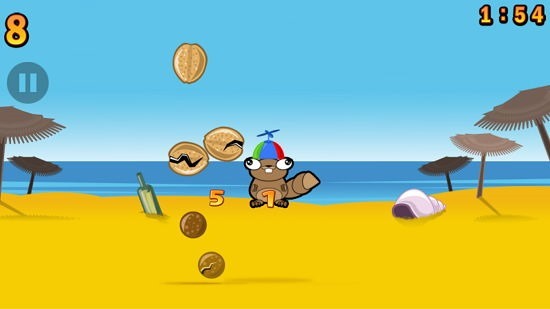 In the screen above, you can keep a track of the timer at the top right corner of the screen, and the score at the top left screen corner. The game is over either when you collide with an obstacle or when your time runs out. Once the game is over, you can see your score. 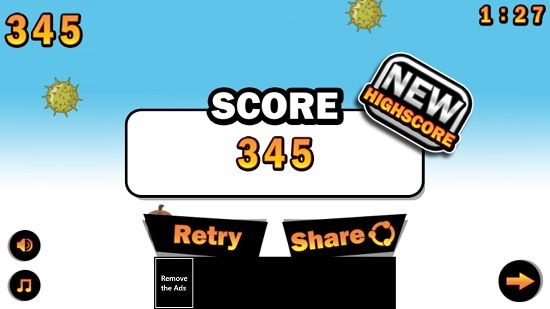 Here, you can choose to retry or proceed to the next level of the game. This pretty much sums up the main features of Noogra Nuts Seasons for Windows 10.

Noogra Nuts Seasons is a fun game app for Windows 10 which allows you to awaken the child inside you. The game has cute graphics and makes for a great download on your Windows device if you love games of this format. You may grab the game for free by heading over to the link below.