The Windows 10 app can be downloaded from the Windows 10 store or from the link given at the end of this article. When you start the app for the first time you will see the screen given in the below screenshot. 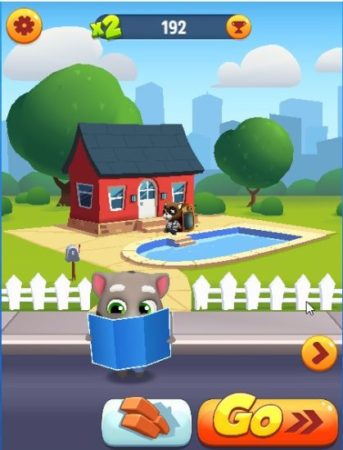 The robber you see in the above screenshot has stolen gold from Tom’s house while he was busy standing on the street and reading a newspaper. Tom notices the robber and starts running after him. Now you have to guide Tom through this run and collect all the gold available on the way which has been dropped by the robber. 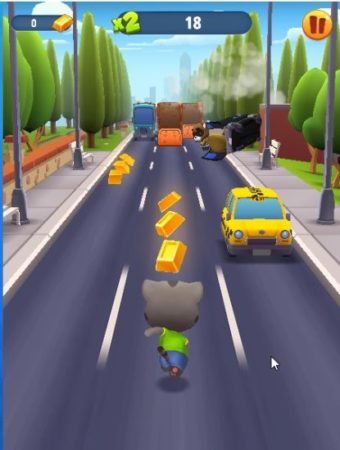 There would be a lot of obstacles in your way like trucks, cars, barricades, etc. You have to jump over them or slide under them to keep moving. If you collide with any of the objects its game over for you. 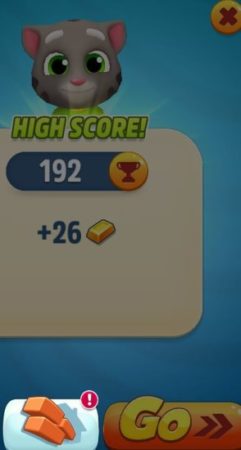 The game over screen shows your score and the number of bricks you collected on your run. The bricks button at the bottom of the app window shows a exclamation mark on it. Which means you have enough bricks to upgrade your house.

Talking Tom Gold Run is another fun game by Outfit7 Inc. The Talking Tom endless running game is a good time pass and can keep you engrossed for hours. Similarly with this game you will enjoy the fun run and collecting the gold. You can even change the character you are playing with like you can play with Talking Ben, Talking Angela instead.