Here is a short tutorial that explains how to hide and show Modern apps on Windows 8 Taskbar in Windows 8.1 update. I will explain it with two different methods.

If you have updated your Windows 8 to 8.1, or directly installed Windows 8.1, then you would have noticed that when you launch any Modern app, it appears on the Taskbar by default. And hence fills the taskbar. Windows 8 already has Switcher Bar, which lets you switch between recent apps. So you don’t need to fill your Taskbar with Modern apps.

However, if you have pinned any Modern app on the taskbar, then it will be shown on the Taskbar, even if you set the settings as hide Modern apps on Taskbar. 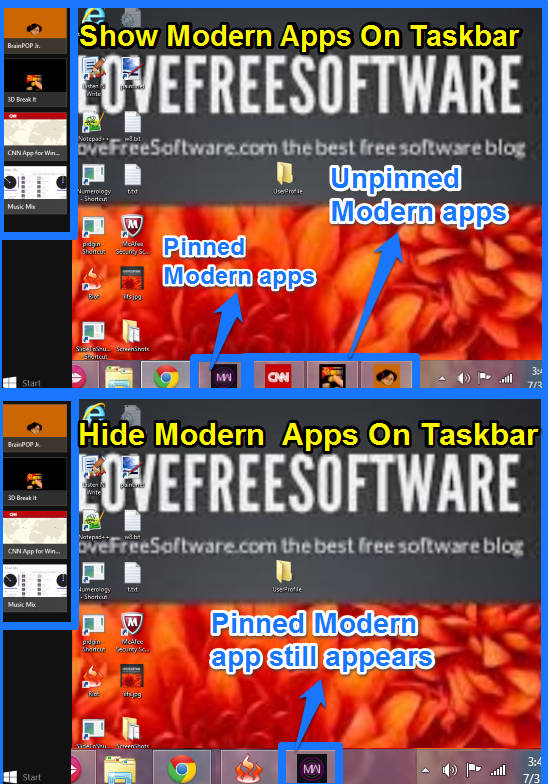 How To Hide Modern Apps On Taskbar In Windows 8.1 Using Taskbar Properties:

The very first method to hide Modern apps on taskbar is by using the Taskbar properties. It is the easiest method to go with. Follow the instructions below:

Step 1: Go to the Windows 8 Desktop, and right click on the Taskbar. Click on “Properties” option at the bottom of the popped lost. It will open “Taskbar and Navigation properties” in new window. 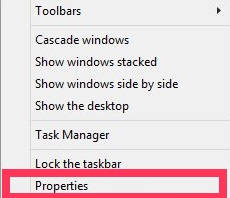 Step 2: In Taskbar panel, uncheck the box that says “Show Windows Store apps on the taskbar”. Apply the changes and then click on OK. 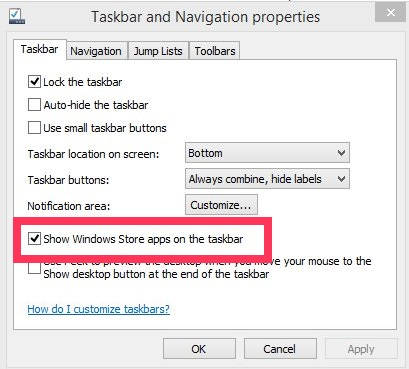 To check, launch any Modern app. You will notice that the Modern apps don’t occupy spaces on the Windows 8.1 Taskbar any more. You can toggle between Modern apps and Desktop by using the Switcher app, as you used to do in Windows 8.

How To Hide Modern Apps On Taskbar Using Registry Editor:

Tip: Before making any changes in Registry make sure to backup registry in Windows 8.

The another method to hide Modern apps is by using the Registry Editor. To hide, follow the instructions given below: 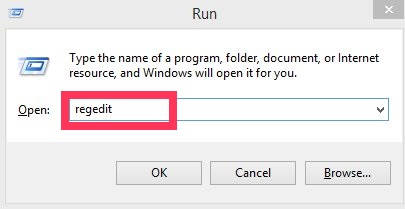 Step 2: In Registry Editor, navigate “Advanced” folder, by using the path given below:

In Advanced, you will find various DWORDs. 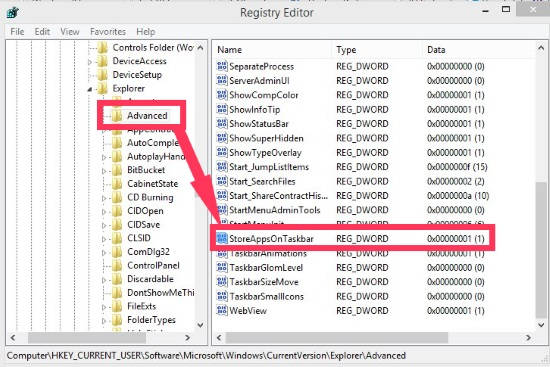 Step 3: Navigate to the DWORD that says “StoreAppsOnTaskbar”, and double click on it. By default, the Value data is one. Now to hide the Modern apps from the Taskbar, change the value as “0”. 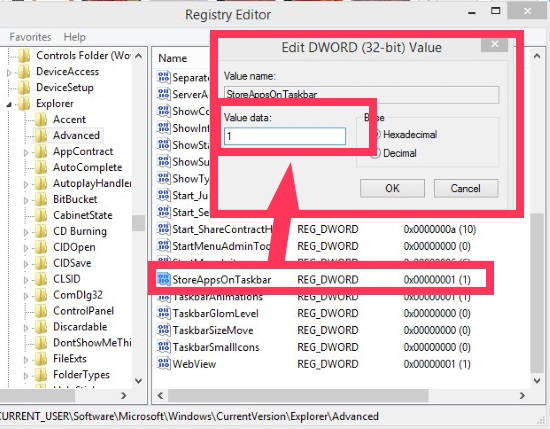 Also learn, how to change screenshot output folder in Windows 8.