Here’s a list of 4 Spotify apps for Android which you can use to access Spotify from your Android device, and also to manage the music that can be found on Spotify in an easier way. Spotify isn’t available worldwide, so if you’re unfamiliar with it, it’s a music streaming service which you can use to stream music from all the popular artists out there. To use Spotify you need to register an account, and for full access premium subscription is required.

I’ll start off the list by mentioning the star of the show, the official Spotify app, Spotify Music. It’s a great way to access all the music and almost all the features that you get by using the desktop application. 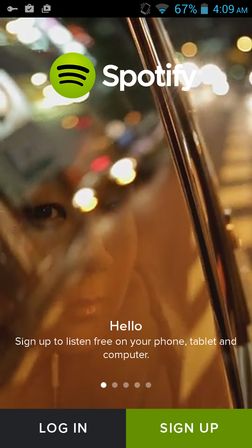 The app lets you search and listen to the entire music library for free. It’s also possible to access the famous Spotify radios which are created randomly based on the music genre and the period from which you’d like to listen to music, (the 80s, 90s, 00s, etc.). Upgrade to premium will allow you to access your Spotify library from dozens of other devices, and it also lets you download songs for offline listening.

Spotimote is an app which lets you control the Spotify application installed on your Windows computer. It can be used to pause music, start music, skip song to the next one, previous and more. 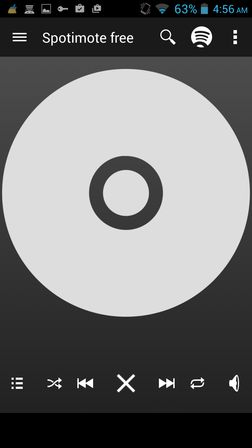 This setup also requires you to install a server client on the desktop where the Spotify app is installed. Spotify client should also be running on the Windows machine, obviously. Once everything is setup, tap on the settings button in the top right corner of the screen to connect to the desktop where the server app is running (both devices have to be on the same network).

Also have a look at Free Mini Player For Spotify Desktop Client: Winfy.

Spotify Play is sort of like a guide that can help you find good music on Spotify. Given that there’s countless millions of songs on Spotify, it can be difficult to find something worth listening to. 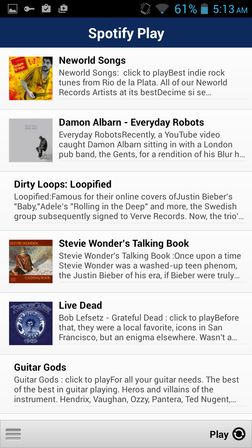 Goal of Spotify Play is to create playlists with direct links to interesting music on Spotify. That’s what the list on the image above is. Playlist suggestions keep refreshing on a daily basis, but the app isn’t official, keep that in mind.

Also have a look at Forgotify: Listen To Spotify Songs That Have Never Been Heard.

Wakeify is an alarm app which lets you use songs from the Spotify library as alarms. 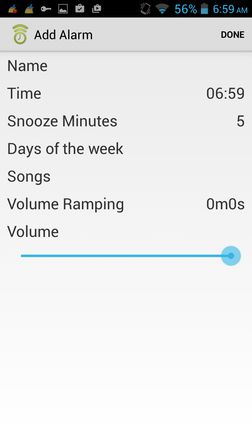 Just go over all the settings when creating an alarm and make sure to select the tune that you want to use for alarm. That song will wake you up next time that the alarm goes off.

We’re again in a situation where it’s impossible to say which app would be my favorite because they all do different things, and if you’re using Spotify, then all of them could come in handy. Install them all, use the ones you need and let me know what you think about them in the comments down below. Each of the four Spotify apps mentioned on the list above are different, they can do different things, so picking a favorite is impossible. However if we aren’t taking the official Spotify app into consideration (since that one’s a given, you need to have it installed to use Spotify), then Spotimote comes close behind, because it’s useful in controlling the desktop Spotify app. Spotify Alarm is also quite handy.