Block Free is a free puzzle game for Windows 8 and 8.1 devices which allows you to test your brain by shifting the Green block to the rightmost corner of the screen via clicking and dragging the same. Although the game’s concept is pretty simple, the game gets challenging, as the Green block is not the only block on the board. There are several Brown blocks on the board as well that you have to get out of the way to shift the Green block to the rightmost part of the screen. The game has a total of 45 levels, with each level increasing the difficulty level substantially. The game has a seconds timer which keeps ticking away and this can be used to keep track of time. If you finish the game within 10 seconds, you get a 3 star rating. If you do it within 20 seconds, you get a 2 star rating and anything higher than 20 seconds will give you a one star rating. Block Free is available as a free download from the Windows App Store.

Main features of Block Free for Windows 8 and 8.1… 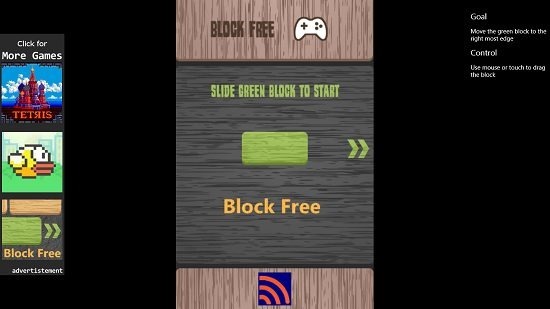 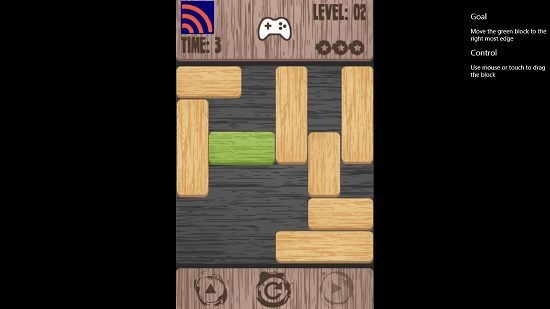 The game’s rules are simple – get the Brown blocks out of the way and shift the Green block to the right side of the screen. The rules are visible at all times at the right side of the screen, and you can also see the controls at the right side. The controls are basically just sliding the blocks away via clicking and dragging, or by swiping the blocks away on touch devices. In the gameplay screen, you can see the timer running at the top left, and you can also see the controls to restart the level, go back to the previous level or to start a new level at the bottom of the screen. The restart button is available at all times, but the previous or next level button becomes available only when you complete a stage. Be aware that the horizontal blocks can only slide horizontally, and the vertical blocks can be slid vertically only. Once a level is complete, you will be able to see your star rating that you have been awarded at the top right of the screen, and you can then use the controls at the bottom to get to the next level. 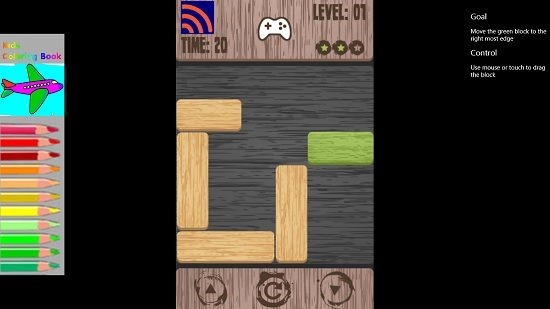 Block Free is a well designed puzzle game with simple rules, but trust me, it is very difficult to master. The app can be downloaded for free from the App Store, and the only qualm that I have with the app is that it doesn’t utilize the full screen of the device and only runs in a particular section of the screen. I rate the app a 4 out of 5! Get Block Free.