This tutorial explains how to uninstall built-in apps in Windows 10 PC.

Windows 10 comes packed with dozens of built-in apps, like Calculator, Money, Microsoft Solitaire Collection, News, Calendar, Mail, Cortana, etc.. However, among those apps, there might be a few apps that you don’t use or rarely use. So it is better to get rid of those apps and this tutorial will help you to accomplish this task.

You don’t need any extra tool or a third-party software to uninstall built-in apps in Windows 10. There are two ways to uninstall the built-in apps: using the Start menu and Windows PowerShell. The first one can uninstall some of the apps, while the second can uninstall many more apps. I have covered both of them in this tutorial. 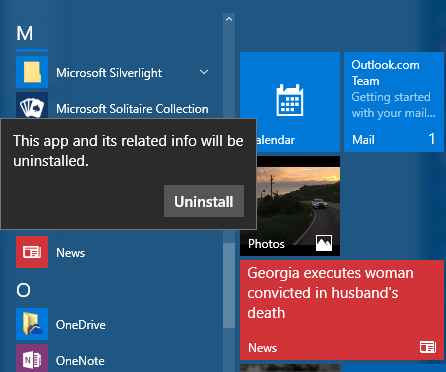 Let’s see how you can remove a built-in app from Windows 10 PC.

It is a very simple method. You can access All Apps using Start Menu and right-click on an app to access Uninstall option. 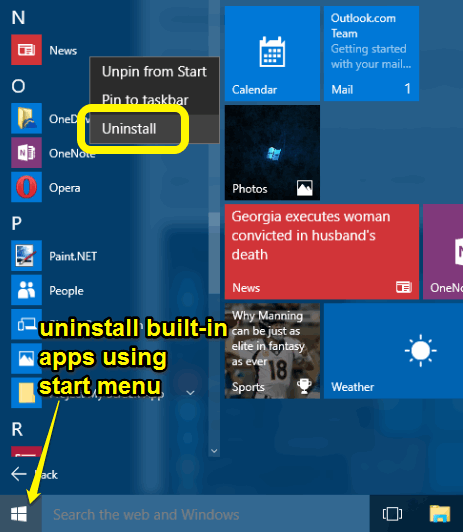 However, this method can remove only some of the apps. Many apps, like Calculator, Calendar, Alarms & Clock etc., can’t be removed using the start menu. You have to use the second method mentioned below for such apps.

Use PowerShell To Remove Built-In Apps in Windows 10:

This is the more powerful method to remove built-in apps. However, do note that this method can’t uninstall some very important built-in apps, like Microsoft Edge, Cortana, (though, you can disable Cortana), etc. . Steps are as follows:

Step 1: Use the search box (available in the taskbar) and open Windows PowerShell. You need to run it as administrator. 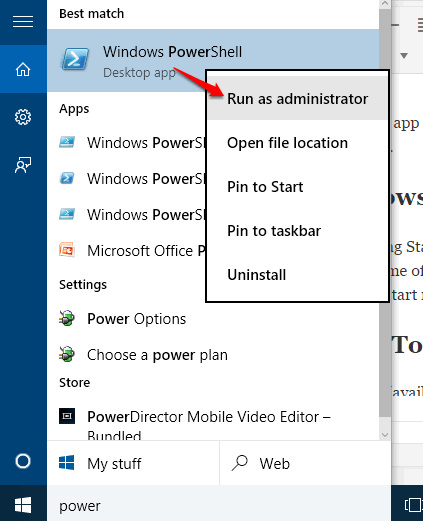 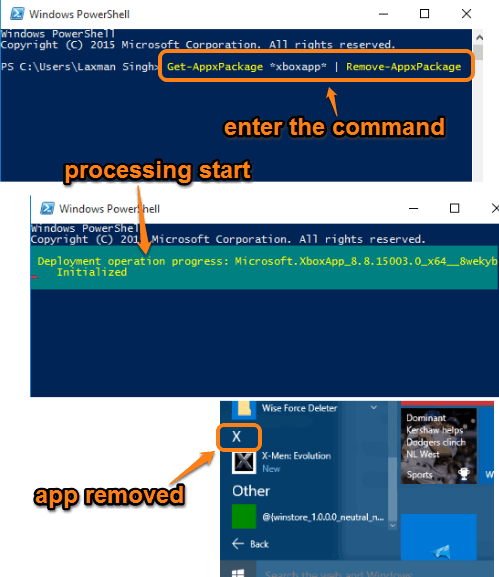 Within a few seconds, the command is processed and the app will be removed from your Windows 10 PC.

The command will remain similar for other apps also. You only have to change the text that comes between asterisks. For example, to remove People app, command is: “Get-AppxPackage *people* | Remove-AppxPackage“.

Using this method, you can remove:

Use any of the above methods according to your requirement and free some disk space from apps that you don’t use.