The following rap song maker apps help you do just that. Let’s see what we got. 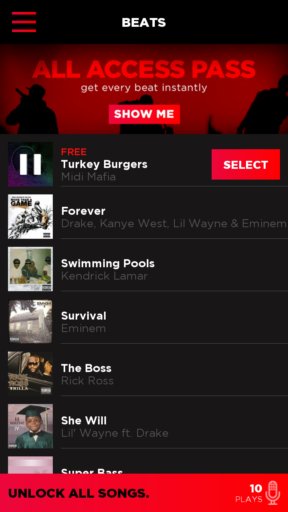 AutoRap by Smule is a very easy to use rap song generator which creates unique rap songs with the help of your voice and your lyrics of course. App comes with a list of beats, some of the premium ones can be seen on the image above.

Select a beat and after that you’re gonna be taken to the recorder. Using the recorder you’ll add your own voice to the beat (beats are just empty tracks basically). You don’t even have to rap, you can just talk and the app will convert your speech into rap and of course combine it with the beat. Created songs can be saved and also shared online right from the app.

Get AutoRap by Smule. 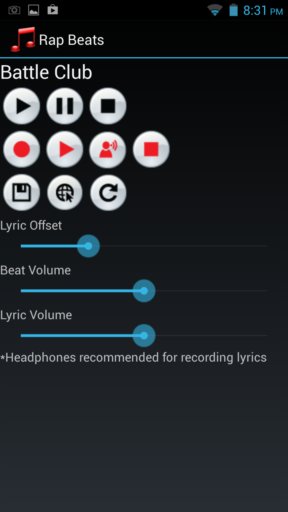 Rap Beats is a simplified version of AutoRap basically. It’s an app that lets you play rap beats on top of which you can record your own rap lyrics.

By default there’s only 1 beat that’s available for download. Others that are available, 125+ of them, you’ll have to pay. But you can import your own audio tracks/beats into the app and rap to them. Image above shows the recorder where you get to record your rap skills. Play the beat, hit the record button and start rapping. Once you finish, hit stop, save your track and enjoy. 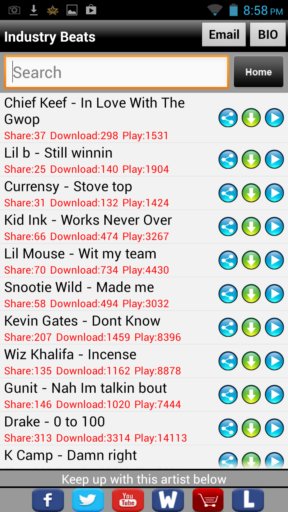 If you’re now wondering “where the heck am I gonna find rap beats to use with the Rap Beats app”, the answer to your question is Instrumental Rap Beats.

This isn’t a rap song maker app per se. It’s an app packed with rap beats that you can download. They are grouped according to their type, industry beats, instrumental beats, musical beats, etc. Downloaded beats are MP3s and they can be imported into the previously mentioned rap song maker app, Rap Beats.

The Art of Rap 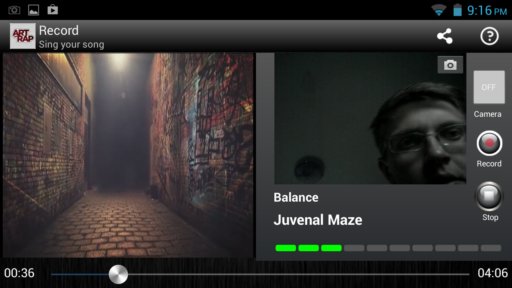 The Art of Rap is the most feature rich rap song creator that we’ve come across. There’s free beats for download, lots of them, and not only that you get to use your microphone during the recordings, but also the camera.

Beats also have videos of their own that into which you can add your own face using the Augmented Reality feature. Interface is easy to use, despite being packed with features.

Get The Art of Rap. 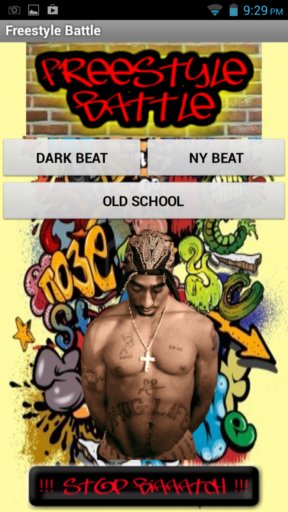 We’ll finish our list with a very simple beat player app which is great if you wanna participate in real life rap battles but there’s no one around to play the beat.

Three rap beats are available, the three buttons at the top. Tap on the button and it will play continuously in a loop.

Make sure that you check out The Art Of Rap first, because it’s very fun to use. AutoRap is the next best choice in our opinion and for a super simple yet effective rap music creator app, go with Rap Beats. Leave comments down below.