Here’s a list of 4 overlay photo apps for Android which you can use to apply overlay effects to photos using an Android powered phone or tablet. Overlay photo effects can be a fun way to improve your photos before sharing them with friends and family on social networks. Sharing just photos might seem a bit bland, because everyones doing it. You can add a bit of zest using a cool overlay effect.

Let’s look at the apps we found in Google Play Store. 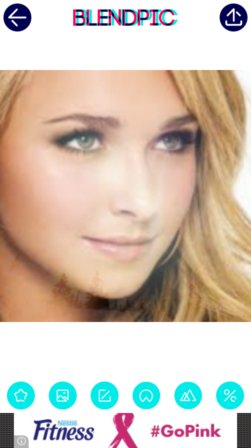 BlendPic:Blend photo is blending photo app where you get to overlay photos with either the default selection of overlays, or using images that you select.

App is relatively simple, but it has a lot of features. For example you can change the shape of the overlay (selection of gradients is available), transparency of the overlay can be adjusted, and there’s also social network sharing, which lets you share the created overlays via social networks right from the app. 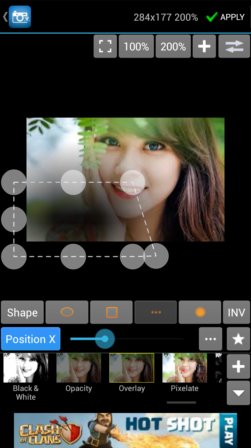 Photo Editor is a lot more than just a overlay photo app, it’s a full-fledged photo editor in which color overlays are just one of many available features.

And it’s just color overlays that you can add, like I have on the image above. You can load images and use them as overlays. Lots of additional options can be tweaked, like the shape of the overlay, transparency, position and more.

Make sure to also checkout 5 Image Blending Apps For Android. 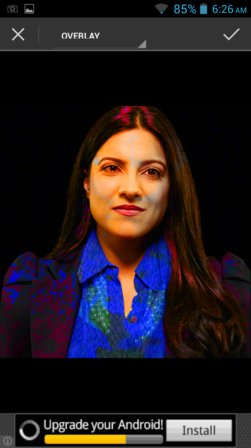 Photo Blender is another blending app where photo overlay is one of many different photo blending modes that are available.

Setting up the overlay effect is very easy. You first need to select the original photo, then the photo which is gonna be used as an overlay. From the top toolbar select the overlay effect and the strength of the effect. Finished image can be saved to the gallery from where you can share it via mail, MMS, social networks. 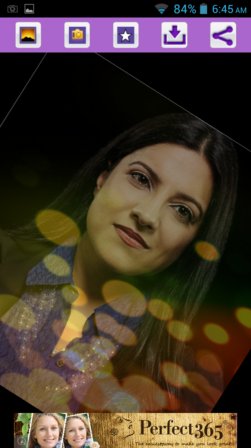 Among the hundreds of effects that become available after installing 100+ Photo Effects, you will find that there are also a couple of dozen overlay effects which uses various different patterns.

On the image above I selected an effect that simulates the camera with film effect, the one that can be found in older cameras where you had to develop photos from film strips. Lots of other overlays can be found with nature patterns, artistic patterns, etc.

Also have a look at 5 Vintage Photo Effect Apps For Android.

Photo Blender and BlendPic are very good at creating overlay effects, so these two would be my picks for top overlay photo apps out of all the apps that were mentioned above. 100+ Photo Effects is also interesting mainly because it’s very easy to use, although none of these overlay effects apps are that difficult to master. Give them all a try and let me know what you think, which app is the best in comments down below. Also make sure to make suggestions in case I missed any apps that can do this sort of thing.