Lucky Voice is a free Windows 8 app that allows users to record voice memos on their devices. This app allows you to record voice with just a touch of a button, and once the memo has been recorded, you can also add notes to the memo. Basically, this app takes the concept of voice memos to a whole new level, by allowing the users to actually add their own notes to the memo by typing them. The memos can either be saved, or be deleted with ease.

Lucky Voice has the most polished interface that I have ever seen on any voice recording/voice memo app. The app is designed in a metro style interface, and is perfectly optimized for touch as well as non touch devices. There is a neat and big button that you can use to record your voice memo, and once you are satisfied with what you have recorded, you can press the same button again to stop the recording process.

Lucky Voice is available as a free download from the Windows 8 App Store.

If you haven’t used any voice memo app before, trust me, Lucky Voice is the place to start. Just head over to the Windows App Store, and download Lucky Voice for your Windows 8 device. Once it has been downloaded, it will install an icon in the Start Screen, and you can simply click on this icon to fire up the app. Once you have opened the app, you will be presented with an interface that looks somewhat like the below screenshot. 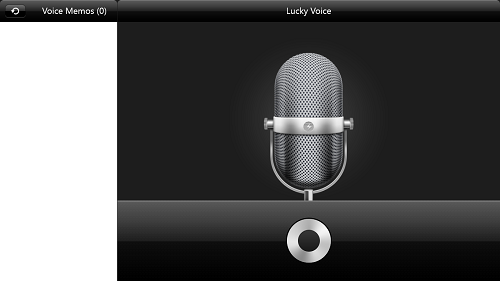 In the above Window, you can see a very polished interface. Towards the right side, there is a photo of a studio microphone, below which there is a round button. This is your Record button. To record a voice, simply click on this button. Once you do so, this button will turn red. (see below screenshot) 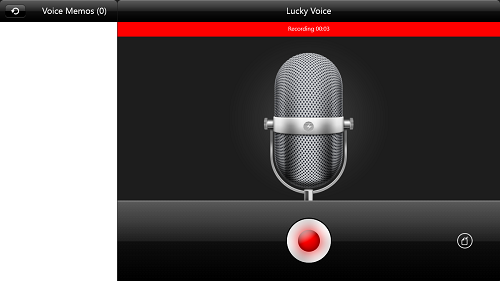 In the above Window, you will see the button turned red, and the time meter ticking away on the top. This meter shows you exactly for how much time you’ve been recording. Once you have done recording, just press the round button again, and your recording will be visible to you in the pane on the left, which reads Voice Memos. (see below screenshot) 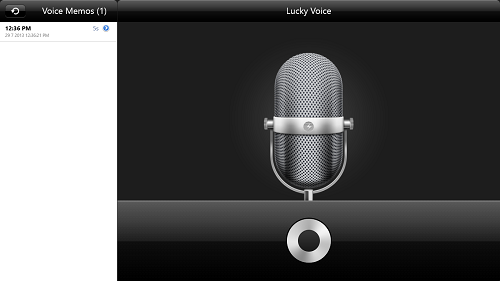 In the above screenshot, you can see that the saved memo is visible on the left side of the screen. By clicking on this saved memo, you will be able to open up various options related to this memo. (see below screenshot) 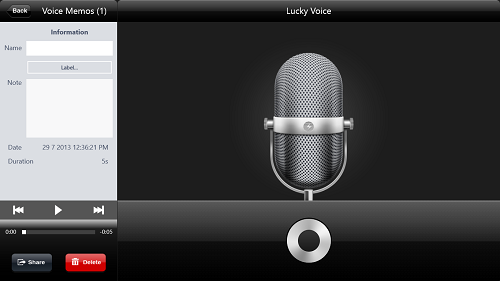 This is all that you need to know to start using the Lucky Voice voice memo app for Windows 8. If you are looking for a simple voice recording app, you can also check out our list of 5 Apps for Windows 8 that assist you in recording sound.

Lucky Voice is a great voice memo app for Windows 8 that allows you to easily record, store and edit voice memos. The app allows for a great use of your system’s microphone, and hence, is a good download for those who wish to record memos. Personally, I’ve been using this app for a long time now, and I found no issues with it. The app is simply the best that you can get for free, and it is absolutely ad-free.

Get Lucky Voice for Windows 8.