This Chrome extension will let you play Air hockey online, in the digital world, and you can have the same experience; as that of a real table Air Hockey. Just use your mouse to play the game and compete against 10 different computer players. Win all the ten levels to complete the game and become a pro in Air hockey. 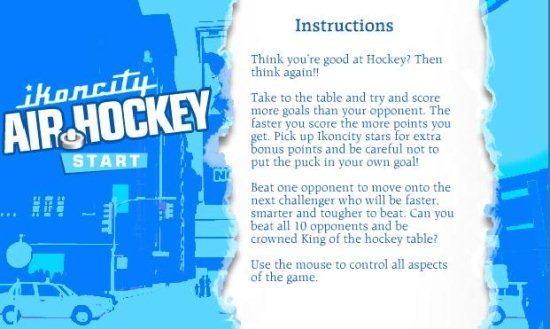 About Air Hockey Game for Chrome:

Just install this Chrome App and then launch the app to start playing Air Hockey. Here you will be playing against computer aided players. You will face ten rounds against ten different players of different levels. Each round is limited by a time limit, so score your goals before the time ends; or else you have to start from beginning again. In between you have bonus stars also. The faster you make a goal the more you score. 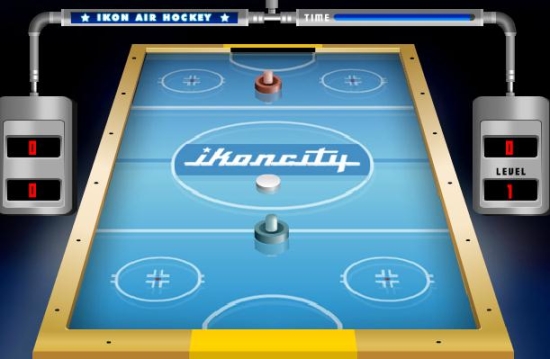 As we can see in the below screenshot, the Air Hockey table is shown in a 3D view. The left side digital boards shows you the goals you have scored, below it represents the score. The right side board shows you the goals your opponent has made and below it you can see the level. Once you start playing, the opponent will give a tough fight. In between you can score more by hitting the ball towards stars, that appear out of nowhere. Make sure you score more goals than computer before the timer ends. The timer is shown just before 5 seconds of game’s end. If you succeed in a game, you will progress to next level and so on. Your opponent at next level will be faster, smarter, and tougher than the previous one. If you fail to make more goals than the computer before time ends, then you have to restart again. So, play Air Hockey in the digital world and win all the ten levels at a time. 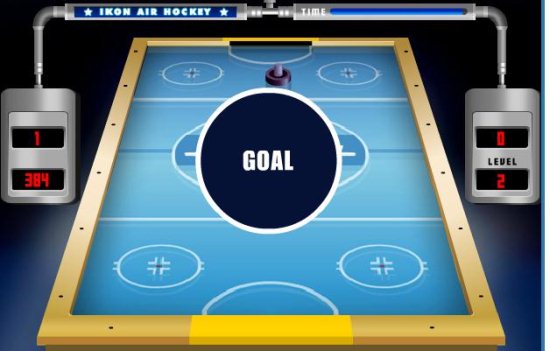 How To Install and Play Air hockey:

Just click here to find Air Hockey in Google Chrome Web Store. Just install the app if you are on Chrome or else open that link in Chrome to install it. Then launch the app and start playing. Use your mouse to control your mallet and hit the puck towards the goal by just moving the mouse. You can defend the puck by using the same action. Just survive those ten levels of players and make high scores. You can also try other games like: Run Robo Run or Entanglement; which are also Chrome apps. So, start playing Air Hockey on your Chrome Browser online now.