Ortho Robot is a free puzzle game; available for PC download. This puzzle game is a combination of 2D and 3D mode; in which you have to guide a robot to it’s destination.

Ortho Robot is a tough puzzle game with various levels; in which you have to think in a 3D perspective and play in a 2D mode. A robot is placed on a random platform and you have to move the platform using your mouse and move the robot to the Green point (the checkpoint). In between, you have coins to collect and you can play again to compete against your own time and accuracy. The download size of the game is less than 10MB and is available for Windows, Mac, and Linux. So, try it out and give your brain some tough work.

Solve The Challenges of This Free Puzzle Game:

There are 16 levels in this game and it get’s tougher, while you cross each stage. When you complete a lower stage, then you will reach the next higher stage. At the end of each stage you will be shown the: time taken, number of steps, and number of warps. Steps is the number of square blocks that you move to reach your destination and warps is the number of reflexive platforms that you make by moving the platforms. You will also be shown the best time for that level and goal (least steps or time in which it can be completed). You have an option to improve or proceed to next level at end of each stage. So, compete against your best or reach the goals given by the game. 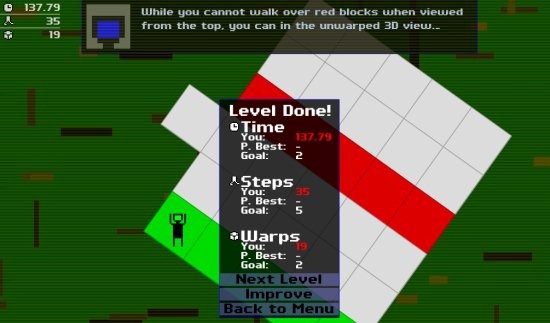 Controls And How To Play Ortho Robot:

The controls of this free puzzle game are simple; but their implementation is tough. Let’s get to know the controls and how to use them: 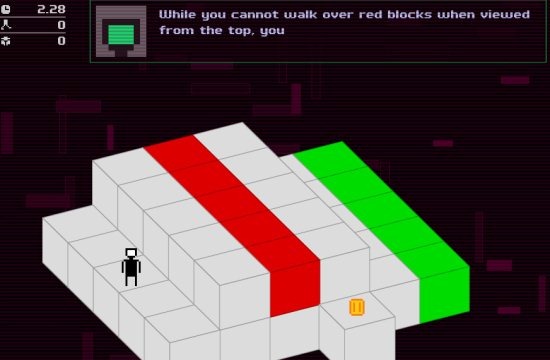 Ortho Robot is mind teasing free puzzle game. The graphics may not be modern; but the game is worth playing. And with a size of just 10 MB, downloading it won’t be a hassle. You can also try other puzzle games like: Entanglement and Stealth Bastard.