Panda Commander Air Combat is a fun game for kids, designed for Windows 10. The game has ruggedly awesome effects with a cute little panda who has to pilot the airship to defeat the oncoming enemy planes. The game does not have complicated controls at all, you can move the airplane around with the keyboard and fire the special weapon of your choice easily. The game is lightweight and if you have a kid at home, he or she will definitely love it! Even if you are an adult, you will enjoy playing this game due to its cute graphics which are sure to entertain you!

Panda Commander Air Combat is available for free from the Windows App Store.

Esc.: Pause the game, also allows you to access and use the special weapons (if purchased and available).

The main features of this game:

Launching the game brings up the below interface. 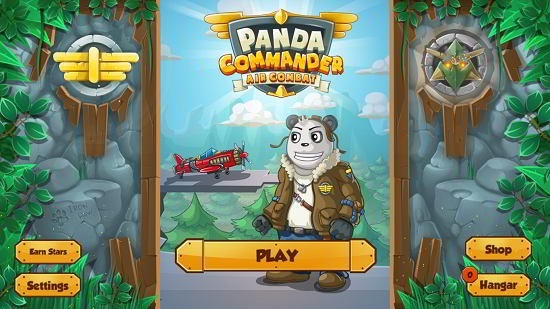 You can start the game by clicking on the Play button. Once that is done, you will be shown a brief introduction to the game which is designed in a comic book style. 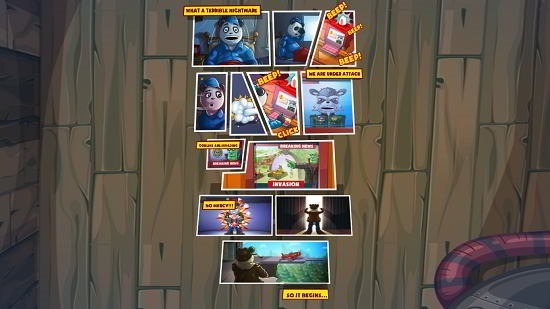 Once that is through with, a tutorial starts up. The tutorial teaches the basic controls of the game. The game itself runs in the center of the screen, and your score and health is displayed at the top left of the screen. See the screenshot below for details. 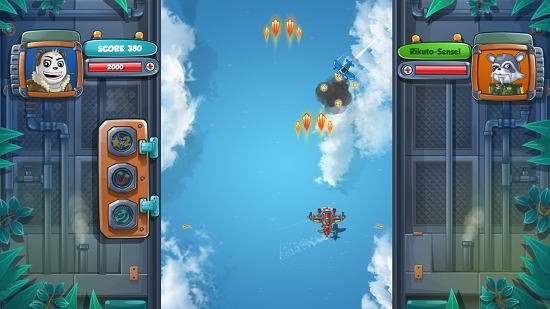 You can see that the red airplane is yours, which is firing bullets at the enemy planes. The blue airplanes need to be destroyed as soon as possible. Once your mission is completed, you will be shown mission stats in a prompt which is shown below. 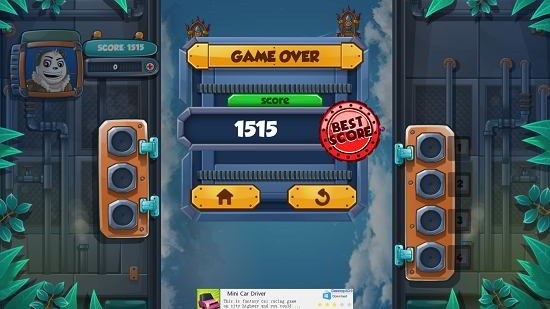 From the above prompt you may choose to restart the game or go to the main screen via the home button.

Panda Commander Air Combat is a great free games which your kids will surely love. Get it for your device today!