The Emerald Maiden is a free mystery game app for Windows 10 devices. When you run the game on your device, a familiar screen where you can enter your name greets you. The game makes for a great download if you are willing to deal with the downside of a large game size. The game has incredibly smooth graphics and makes for a great pastime whenever you are in need to let off some steam or just have a casual gameplay experience.

The Emerald Maiden is available for free from the Windows App Store. 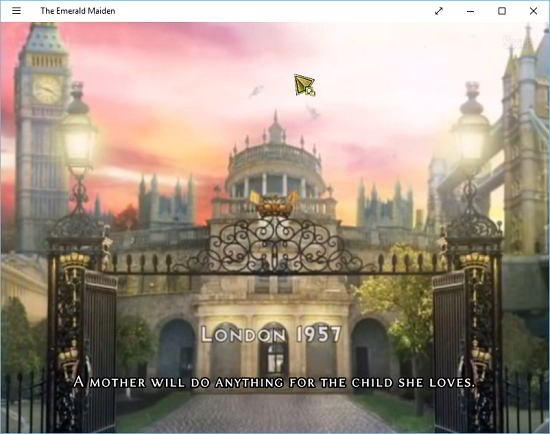 Controls of The Emerald Maiden Game for Windows 10:

The controls of the game are very easy to understand and relatively straightforward.

On non touch devices, you will merely use the mouse controls to interact with objects etc.

On touch enabled devices, you will use the touch screen controls to interact with the in game objects.

Main Features of The Emerald Maiden 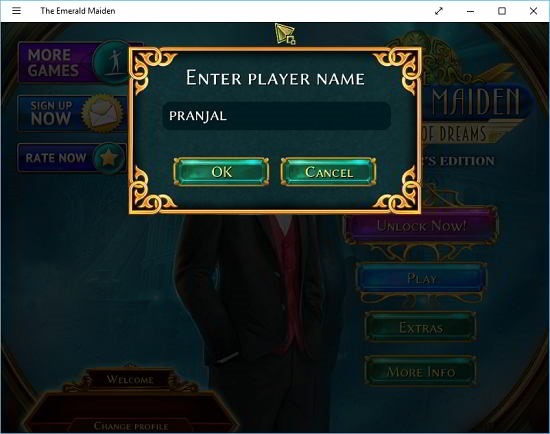 Enter your name in the window shown above, and just click on the OK button under your name. Now you will be able to click on the Play button in the main menu. Once that has been clicked on, you will be able to select the difficulty level of the game. The game offers three types of difficulty levels: casual, moderate, and advanced. The casual difficulty level is perfect for you if you are a beginner to the game. Once chosen, a great feel of cinematic experience will greet you. This is what it will look like.

The scene can be skipped via the Skip button at the top right of the screen which appears when you hover on the screen. When you click on it, you will land into the main interface which leads you to the tutorial screen. Here, you can opt for either playing through the tutorial or skipping it altogether. 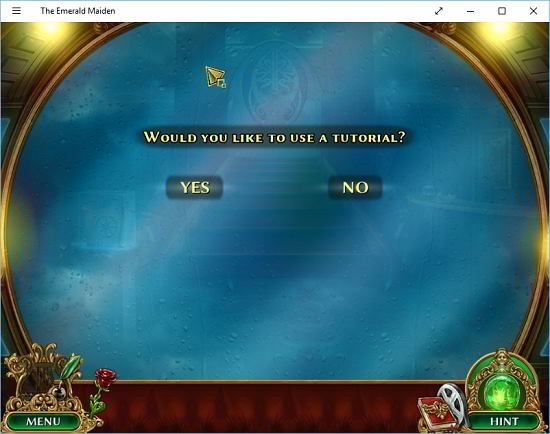 Click on Yes in the above screen and you will be headed into the tutorial screen. This is shown below. 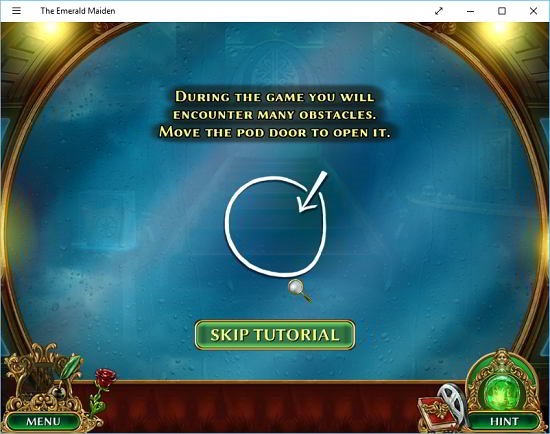 As can be seen, once the tutorial is up and running, you will be able to see the objects on your screen located with arrow markers. You will be taught the basics of the game in an interactive environment. 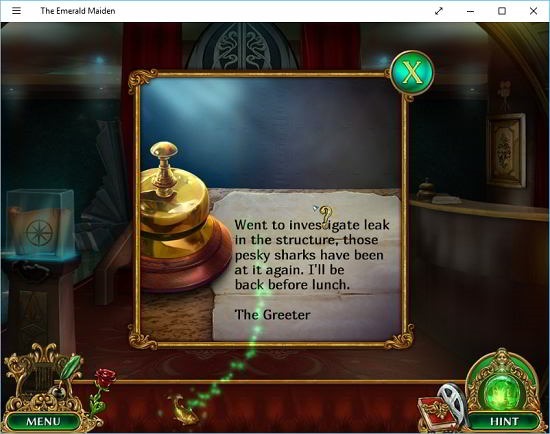 In the game, as you can see in the screenshot above, you can also interact with objects by clicking on them. These objects when clicked on will go into your inventory and can be used later on by clicking on them in the inventory screen at the bottom of the screen. The hint button and the notebook icon is also located conveniently at the bottom right of the screen, which can be accessed at your convenience. The hint will show you the active zones when you are stuck and the notebook (shown in the screenshot below) keeps track of your objectives, clues collected etc. 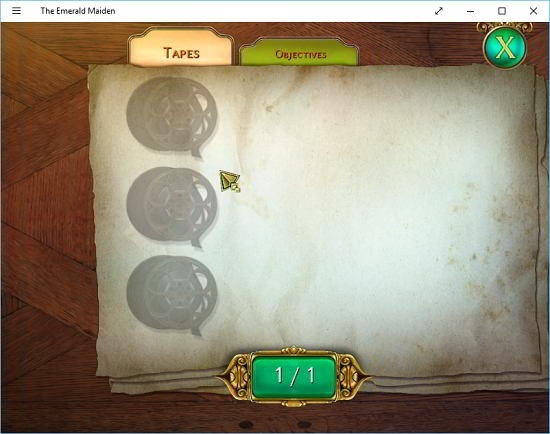 The game is full of hidden object levels too, one of which is shown below. The object of these levels is to collect all the items displayed at the bottom of the hidden object level itself, and once that has been done, you will be rewarded with an important piece of information which will help you in solving the mystery. 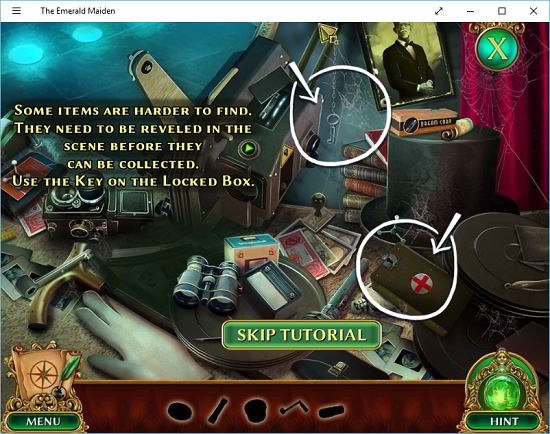 The game becomes more difficult as the levels progress but the background music keep the game interesting enough to be played for a long time.

The Emerald Maiden is a great game which can be downloaded from the Windows App Store for free. You should definitely check it out from the link below.

Get The Emerald Maiden.